A couple of days ago, Total Wine's Santa, whose character first appeared around a month ago in my quest for Chocolate Indulgence, sent me a message that the elusive Brooklyn Brewery Black Ops beer was delivered to my store. Now even the bottle of this beer says "Brooklyn Black Ops does not exist", so you can imagine what I was up against! Now Santa, out of season known as Total Wine Florida Twitter Guy, went on to say that a bottle was reserved in my name. Excellent. These guys are awesome!

I went today. Dude, these "Ops" need some additional training on hiding in the bushes (or bottles as it turned out). There were 10-20 bottles staring me down as I walked through the door, along with another wine-sized Brooklyn beer, and two Bell's beers I haven't seen in these parts before (one was Java Stout; the other Brown Ale something--too lazy to go downstairs to look). For the record, I did go back to the singles section and look for those beers before sneaking back up front and stealing one of each from the six packs. (You see, I got an earful from some 20-something guy once before. Now I know!) Can't wait to try all four beers I got today!

Today a double-play. Yes, I had a long-ass day! Two beers from Dunedin Brewery in Dunedin, Florida. I'm a homer (that's homer) when possible, which isn't too often! I was planning on drinking both, picking a winner, and putting the other at the bottom of reviewed-beers-draft-folder-hell. It's really not that big but still. Anyway, I liked both equally, so you get to see the tie.

The first beer was Pipers Pale Ale. There is a silhouette of a lady playing the bagpipes on the label. Fruity citrus, nice aroma with light hops peeking through. Caramel flavors start things off but those flavors are covered right away by some fruity pear and bread dough. Some hops balance this out nicely. Even thought those are the only flavors, this is not watery and it is a very nice beer. Clean, refreshing, simple. Medium carbonation, very drinkable.

Neither beer was super-WOW. But both were tasty and worthy of a second look. Check them out if you can. 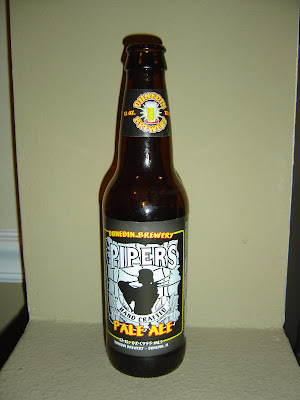 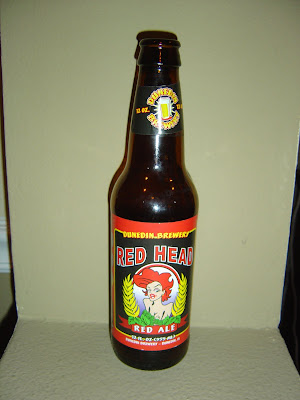 *whispers* The cartoon Cruella De Ville (from 101 Dalmatians) had black and white hair and purple skin I believe: http://images.amazon.com/images/G/01/dvd/aplus/101dalmatians/101dalmatians1lg.jpg

The girl on the bottle does have the swollen lips, purple eyeshadow, and hair tone of Jessica Rabbit though: http://i79.photobucket.com/albums/j150/amy_902/Jessica_Rabbit.jpg

Must have been the pouty bitchiness she is exuding more than her appearance.

I was at the Total Wine in Boynton on Tuesday night and they still had close to case of Black Ops there. I really thought those would fly off the shelves.

The $20 price tag is probably scaring off some people, but I thought the same. I'll be checking in PP this weekend.