So the wife was nagging me again about my driving. You're going too fast... You're driving like a maniac... We're not in a hurry... And basically saying I'm impatient in every aspect of being behind the wheel. And I'm here to explain why.

I am in a hurry! You see, the absolute high level of stress put on my body by all the idiot drivers out there is shortening my life. It is essential that I get where I'm going as soon as possible because all of these go-slow-turn-signal-around-the-world-cell-phone-not-paying-attention-giant-monster-car-can't-park people are making it so I have less time to do what I want and need to do. So yes, I'm in a hurry!

This afternoon, being on my driving rant, I'm drinking Racer 5 India Pale Ale brewed by Bear Republic Brewing Company in Healdsburg and Cloverdale, California. Considering the big reputation that this beer has, it was nice to see that the brewery's motto "Bigger is Better". This beer was one of the assortment that came from South Carolina a few weeks back. Thanks again!

Grapefruit and orange, very fruity and wonderful aroma. Nice grapefruit and lots of pine flavors start out the tasting. There are also plenty of sweeter fruits such as orange and pineapple and more tropical varieties that kept bitter from running away with the show, though. Despite a really awesome balance of flavors, there was the expected and loved bitter grapefruit bite along with a light black pepper spiciness. The 7% alcohol was not really a factor except that it accentuated that grapefruit toward the end. Again, I adore that! Smooth and creamy, oily texture, perfect medium carbonation. Crisp and refreshing and a bitter, clean finish. I loved this IPA, so as the kids younger than my 38 say, <3. I hope I got that right!

I also did another review today. A repeat. No, I didn't make a duplication mistake. No one could ever say that about having another Brooklyn Black Chocolate Stout! 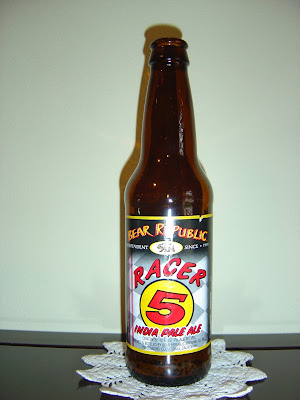 I drive really slow. My woman is always freaking out on me because of it.

Went to college with some west coast hipsters. I identified them by how slow they walked, especially when I was in a hurry.

That's how I picture driving out there.