Today there were two military guys collecting money in the middle of a mega-busy traffic intersection, the kind with four intersections under an overpass. This particular spot always has someone selling something or asking for money. In fact, I saw a Broward Sheriff's officer kick out a dude in a wheel chair from the median just yesterday.

The difference with these dudes today--they were in some crazy urban camouflage that made them blend in with the colors of the road and overpass and cement. Was a recipe for disaster! I hope people driving by were able to pick up on their scent! BTW speaking of donating money, if you have the means, the people in Haiti could desperately use your help. And if you work for a brewery, why don't you bottle/can some fresh water and ship it down? I'm sure they could use that.

Starting out Friday night with a Squall IPA brewed by Dogfish Head Craft Brewery in Milton, Delaware. Nice label, very old-school artistic. It also says "UNFILTERED, UNFETTERED & UNPRECEDENTED". With words everywhere, I'm a little confused, but it seems this has something to do with their famous 90 Minute IPA. Something about Rogues Gallery, too. Bottled In: 2009-2--I have a few ideas what that means but not entirely sure.

Finally, the beer. Pine, grapefruit, citrus aroma, not too strong. The flavors are also surprisingly muted. Fruity citrus and grapefruit but also sweeter fruits like orange and pear. There is no hoppy bitter grapefruit kick to be found anywhere. Rather the only bite, and it's not much, comes from some black pepper spicy flavors that hang out in the background. There are also some caramel and sugar flavors balancing out any bitterness. This beer actually lands on the sweeter side of the spectrum.

Low to medium carbonation could have been upped in my opinion. The flavors are nice, flavorful, and there is a lot going on, very complex. However, this was NOT a squall; this was NOT what I was expecting from a big IPA; and this was NOT what I thought such a ballsy brewery like DFH would send my way! Try it if you can and let me know what you think. Next time, though, I'll reach for something else. The End.

Organize for Disaster: Prepare Your Family and Your Home for Any Natural Or Unnatural Disaster

6 or 12 PAK Ultra-High Strength Break Resistant 15 oz. Libbey HURRICANE Glasses: Treated by the HercuGlass Process to be the most break resistant glassware you can buy. 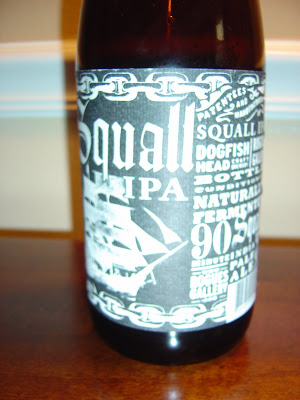 I sampled this before at a Boca Beer Lovers Meetup but I haven't had a bottle to myself yet. The fact that TW got so many of them in I am waiting a bit to pick it up and give a proper review. From what I read about it there is the basic recipe for 90 used I think.

Right, I neglected to mention it was a wine-sized bottle. Plenty to drink to give a good review.

It was good, just not the star I thought I'd get.