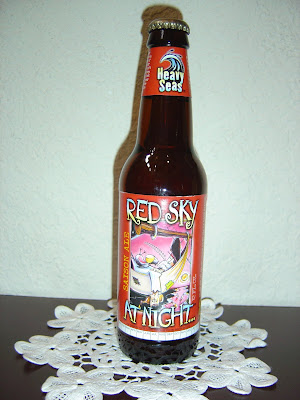 I started tonight with a bottle of Red Brick Blonde brewed by the Atlanta Brewing Company in Atlanta, Georgia. I was ready for a great beer considering this beer won Gold at the Great American Beer Festival back in 2007.

Wowza! What a disappointment. Big-ass carbonation out of the gate. No explosion, but... The aroma was fruity, maybe some peaches. But when I started tasting it, I put two and two together and got five. Yes, this beer had similar flavors and characteristics to a beer I drank just a few weeks ago.

After I drank that beer and gave an absolute shitty review, a friend of mine (who I will meet for the first time Saturday) told me that the beer I had was infected and no good. After filtering through a high-society Twitter conversation with the Cooking Asshole, I was able to piece together the more educational points of that night.

BrewSleuth told me that my beer that night "was infected especially with the phenol taste [I] described. When beer gushes, it wasn't handled properly." She went on to answer that my commentary on my experience wasn't unfair and that "a gusher is the brewery's fault. There is a wild yeast or bacteria in the bottle/batch that did that. Something was introduced after the boil during fermentation or a piece of equipment wasn't sanitized properly. In under-attenuated beer, fermentation can take off in the bottle &amp; make a gusher also, but with off flavors, this is infected."

Another person jumped in and said BrewSleuth is super smart, which is how I like my friends. This beer tonight was just like the one from that day. Sucked!

Because of the above event, tonight I adapted to the situation and I'm drinking Heavy Seas Red Sky At Night... brewed by Clipper City Brewing Company in Baltimore, Maryland. The label depicts a drunk passed-out pirate on a hammock. This is apparently a saison ale, also known as a Belgian farmhouse-style ale. Purchase before October, 2009--Check. But they probably didn't mean for me to wait four months after that to drink it. So be it.

Fruity aroma. Flavors are fruity too, but a little strange, like grapes and something else very sweet. The sweetness is sugary with very wine-like flavors. This does not taste at all like beer. There is some yeasty dirtiness, thick texture. Carbonation is on the low end. Not refreshing, forced finish, unpleasant. Wow! Maybe this someone else's cup of tea, but I DO NOT like this beer! Definitely better than the damaged one above, though. The End.

My New Orleans: The Cookbook

An hour or so later... Not the end, I guess. I just saw on Wheel of Fortune that today is Vanna White's birthday. She is still hot! She's gotta be pushing 100, no? 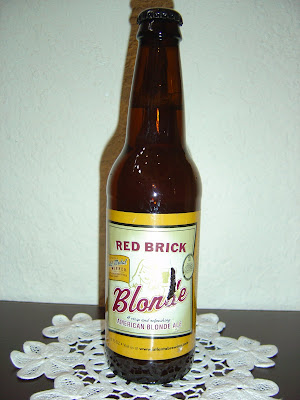