So today is Mardi Gras which makes 3 days of holidays in a row. Yesterday I opined that the first two, Valentine's and President's days, basically suck, so at least we finally have a cool one! I'm not really sure why I think it's cool; I mean, it's probably cool for some people, but I've never seen or been to a parade, never been to a party, never exchanged beads for a peek under a woman's (shoes). None of that. So whatever. It's Tuesday, drink up and get Fat!

Three more very quick things. You can expect me to tell you about how much DirecTV sucks donkey balls soon, despite this very complimentary post about them. They answer the phone AT&T DirecTV now so maybe they are just bitches to AT&T now. Second, I have a few very interesting guests coming pretty soon to post. Be on the lookout. And finally, Yuengling Brewery finally answered me. Their Marketing Manager said Dick Yuengling is in PA now and unavailable for a little meeting on Saturday, but he put me in contact with a few others that are local. Cool!

Tonight I'm drinking (a sixer of) Samuel Adams Cream Stout brewed by the Boston Beer Company in either Boston, Massachusetts or Cincinnati, Ohio or Breinigsville, Pennsylvania. This will be the second time I reviewed this beer although the first was a long time ago and was a little lacking to say the least. This might actually be the first time I've had it again since around that time; then it was one of my true favorites. This beer is part of their Brewmaster's Collection.

Roasted chocolate and caramel aroma, rich and inviting. The flavors start out very malty with roasted chocolate, coffee and caramel. Creamy smooth with great carbonation. A real hops presence balances those deeper flavors very well, even making the overall taste on the slightly bitter side. Some burnt and nutty flavors persist in the background as well. The medium body was a little lighter than I remembered and what I prefer. I also wish it was a touch sweeter and maybe had a complex wrinkle in there somewhere. There was a nice burnt chocolate left on my palate to finish. Great beer, worthy of notice. However, since I've been looking around for over a year, I've found many others to replace this in "all-time favorite" category. Great beer for the money as well and one I could easily drink all night long. If you're stuck in a rut, try this guy! 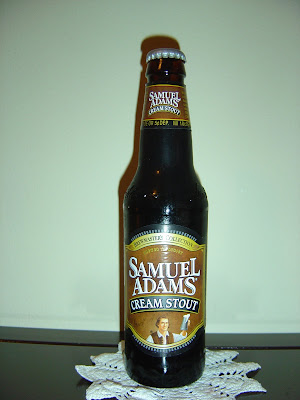