My oldest son absolutely loved his Power Wheels Ford F150 riding truck several years ago. But when it came time to let my youngest experience the fun, something was wrong. New battery, didn't work. So that thing sat there for months taking up space. Last week I decided to take it to my office where the geniuses reside. We were testing batteries, connections, and lots of other crap. We made the truck work with a battery two times too big, one from the battery backup thingies. But in the end, it wasn't the battery. It was the charger. Unbelievable!

I brought the truck home tonight and since I have an extra hour of sunlight tonight, we're going to roam the neighborhood. Can't wait! But quickly...

Tonight I'm drinking a Hoppe Imperial Extra Pale Ale brewed by Southern Tier Brewing Company in Lakewood, New York. I've been to Heaven and Hell with this brewery in just a few days time. I am really hoping for a great one today! Again, a really nice label presentation on this 22 ouncer. All ingredients are listed, you are told to serve at 42 degrees F, and the story "AN ALE OF SIMPLE COMPOSITION". This beer is "[crafted] much like a sculptor who uses only a hammer and chisel to shape stone into a masterpiece". OK then. Here's to high expectations!

Hoppy aroma with beautiful floral and fruity peach and orange. Orange flavors right away, very fruity and juicy. There is also a very recognizable pine resin flavor (and texture) throughout this entire beer. Not sweet. Rather there is a good zip, kick and bite on the back side from the 8% alcohol and black pepper spice. The alcohol is a bit astringent and drying. The mouthfeel is oily and sticky. Not overly complex, but the flavors are really nice. I also disagree with the 42 degree serving temperature, as the flavors are a little better and the astringency is less noticeable as the beer warms. Anyway, this was a great beer! Redemption from their sins a few days ago is granted!

Update 1 hour later... The Power Wheels truck kicks some ass! My son learned really fast how to maneuver the thing and was cracking up at his new-found power. And it was great exercise walking briskly behind the thing at 3 or 4 mph-ish. Lots of stops but that's a good pace! We did the entire neighborhood. He loves it so much he's on another round with my wife right now!

Uncle Milton Moon In My Room 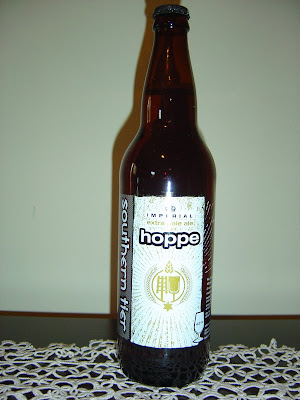