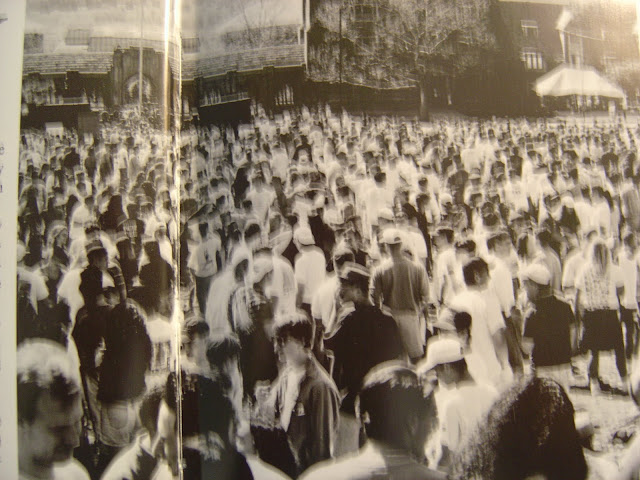 Today is "Slope Day" at Cornell University. I was told that by my buddy BeerPancakes, who is a recent graduate.

When I was there back in the early 1990's, Slope Day was a free-for-all drinking event on Libe Slope, described appropriately in the history of the event as a time of "widespread and uncontrolled alcohol consumption". Apparently, the University has taken control of the event again and even has a website about it. It is much more tame now than the days when they closed the streets, rolled in the port-o-potties and the cops just were there as peace keepers. (See the picture below where the two officers are in a sea of drunks).

Oh the memories: nerds keeping us out of the library to use the restroom, dirty girl, garbage cans full of some mixed fraternity drinks, making lots of new friends, and starting the day off with 7 oz. Rolling Rocks in the balcony of chemistry class. And looking through the yearbook reminded me of some of the terrific speakers we had when I was there: Hillary Clinton, Kurt Vonnegut, Christopher Reeve, Pauly Shore (when he was supposedly cool), Kevin Nealon, and many others. It's just too bad that I had to be studying there, too. The rest was fine!

I had a hard time finding photos, probably considering I graduated before the internet in 1994, and the fact that we had no cool camera phones or even digital cameras. The picture above is a picture from my yearbook (click it for a larger version). But this post has inspired me to start a website about Slope Day and gather all the photos and memories I can. I'll let you know when I set it up! Thanks.

Tonight I'm drinking Brooklyn Summer Ale brewed by The Brooklyn Brewery in Utica, New York. Was as close to Ithaca as I could come with such short notice.  If you haven't been paying attention, Brooklyn Brewmaster Garrett Oliver will be visiting my Total Wine in August, and I broke the story! Funniest thing is that I just remembered that I have the book he's promoting, like 2 seconds ago. It was a gift I received several years ago! I guess I know what I'll get him to sign for me! The link is below if you're interested. Best before September, 2010.

Floral, lemony aroma. The flavors are similar with lemon and citrus providing a light bitter to start. You will also notice a touch of caramel and bread which balance very nicely with the hops. Refreshing, crisp, perfect carbonation. A simple, flavorful summer beer. Check it out.

You can probably read this if you click on it. Call me if not, and I'll read it to you. 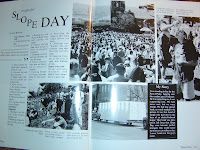 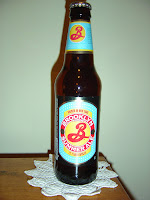