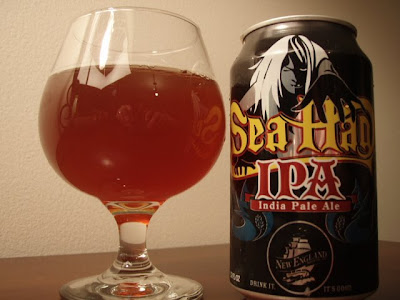 One of my local beer blogging buddies sent me a message Friday afternoon that he had a story, and a beer, and that he was ready to share it with the world. No, he's not a Tele-Evangelist, but he may as well be! Such a Rock Star! I met Phil, also known as "The Ferm" on his Dos Beerigos blog, back at South Florida Social Media Beer Extravaganza 1 in February. Volume 2 is coming up in less than two weeks, so keep an eye on this guy! Until then...

Well if you know anything about me (most don't know much besides the fact that I love beer), you would know that I grew up a HUGE University of Florida Gator fan. Well now-a-days I can't wait to find a reason to blame something on the school. No it has nothing to do with me not getting accepted to the university, I didn't even apply, cause I didn't care to go. This said today I have to thank The University of Florida for alleged creation of the most annoying living thing in the state of Florida. No, not Tim Tebow...he is now in Colorado. I am talking about Plecia nearctica, or commonly known as the "Love Bug".

Yep, the scum of all insects was supposedly created by someone at the University of Florida. The urban (and that's not Meyer) legend is that the insect was created from manipulating DNA with hopes to control mosquito populations in the state. Yah well if that was true this would have been great, but nooooo it didn't work out that way. Ok, so maybe UF wasn't playing "God" one day and they didn't create this pest of a flying insect. Fact of the matter is that no one really cares about this bug because it doesn't benefit anything in the cycle of life. The only thing these annoying bugs do is litter my car with their guts. Yep, I think they are secretly trying to attack all cars within a 30 mile radius of Hwy 60. 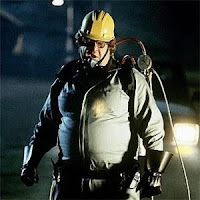 I have a great idea let's call John Goodman and have him open up Hell on the entire race of butt-stuck, love-making, no good insects. I think he has the resume for it.....(see Arachnophobia).

Tonight I am drinking Sea Hag IPA from New England Brewing Company. Oh yeah beer from a can, what is more blue collar then beer from a can?!? Seriously I am thinking that all beers should move to can, if not for the benefits of keeping the beer fresh longer, then for the cool factor. Who doesn't love drinking beer from a can, and when it is better beer then it's just down right awesome! This beer pours dark orange in color and has a nice white head to it. a subtle amount of hops comes across in the nose, but then is masked by a sweet malt smell. The beer honestly smells bigger than it is. The initial taste is hoppy up front with an earthy note on the back-end, almost like dirt. Easy enough to drink though. The art on the can is pretty cool it sort-a reminds me of the time (not too long ago) that I was big into Anime....yep it was a high point in my life! Anyways beer in a can is better than beer in a bottle and that's my opinion, in fact I have contacted the Monk's at Westvleteren in Belgium, and they promised me that Westy 12 will be in can only now, because I said it would travel better, last longer, recycle cleaner, and shit it is just cooler looking!
Posted by Beer Drinker Rob at 2:11 PM

*chuckle* Nice Westvleteren in a can suggestion.

And quality rant on the bugs. Being from the north east I'm not familiar with this bug, however I'm sure it ranks up there with swarms of black flies or flying ants.

I'm from the Northeast, too, Lost. But I've lived down here for 8 years and I was just saying the same thing. I've never even heard of this bug. That's how far away DosBeerigos lives from me!

Rob, how do you not know what they are? Do you never go to Orlando in the summer?

I agree with Phil that those things suck. Regular wind shield washer fluid doesn't even clean them up. It just makes things worse.

Yeah, I remember lots of dead bugs from an entire 4 hour trip to Orlando on several occasions, but I chalked it up to a long drive in Florida. I don't remember it being one bug, either.

Down here, I don't have any bug issues, and I drive like 40 miles a day.

I HATE these bugs. They are everywhere this time of year and will land on you while they are humping another "love" bug. I hate these bugs, not love them. I tried this beer as well and the smell packed a lot more than the actual taste, but not bad for a first try.

Move to Miramar. End of story! Have never seen one of them. Could be the explosive lizard population.

I remember the first time I saw a lovebug. Chilling in my aunt's pool in North Tampa. I think I was probably 8 years old or so. One hovered nearby, and she said it was a Mommy bug carrying its baby. Yeah, she knew what those bugs were really up to.

Oh, the memories! LOL. All of you guys should move to Miramar and raise coolness (and property values) here. Seriously, either I drive too fast on the highways for Love Bug splat or they don't like our water here.

Got some decent activity on here for bitching about Bugs.....i might have to think about doing the same on my blog?! lol

Thanks for reading guys!

Yes, some regular friends and some new faces. Nice job!

Good idea, Dos. Maybe I'll do a post on roadtripsforbeer.com on "A field guide to the bugs on your windshield."