"That movie was really fun and good, Daddy!" Well, I guess it really doesn't matter if I was even paying attention, honestly, when your four year old says that unscripted line to you after watching Toy Story 3! My wife cried, My eight year old denied crying. And I got choked up? Yeah, all because Andy's Toys didn't have to end up in the stupid attic when Andy went off to college.

Andy had decided to put all his toys except Woody up in the attic, but his mom, in some kind of rush, put these living, breathing plastics on the curb for trash pick-up. Thank God for Woody coming to the rescue to save them--for a moment at least! 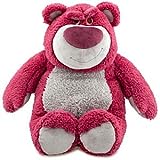 You are then taken on an adventure with some new characters, led by Lots-o'-Huggin' Bear (aka Lotso) over at a local daycare. Mr. and Mrs. Potato Head, Stretch,  Hamm, Jessie, Rex and Buzz are among the return faces you'll see. Besides Lotso, you'll meet Ken and Big Baby and a bunch of other classic toys from your childhood. Memories.

Without giving the story away, some of the toys do not get along and it takes the incredible bravery of Woody,  the ass kicking of Buzz, and the teamwork of their pals to get back to Andy before he leaves for college. There are witty jokes that your kids will enjoy on one level and you adults will laugh at on another. Very creative, funny, 3-D was terrific.

Finally, the money shot. If you don't want to know how it ends, skip this paragraph! At the end, Andy gives all of his toys to a little girl, including Woody! Andy's introduction of each toy to the little girl and his final decision to part with Woody are the reasons for any sentimental moments at the end. It was touching. They then play with the toys together a few hours before Andy goes off to some crappy community college to learn the ropes of binge drinking (I think that is Toy Story 4; ah, the American Dream).

Overall, an excellent movie! Personally, I preferred the other stories better, particularly the original Toy Story, but this was great. I could have done without the 20 minutes of previews; and what the hell is up with the seats at Cinemark? My little one couldn't sit comfortably in the chair because he didn't weigh enough to to keep it from folding on him. And the chairs with the forced recline were not even that comfortable for an adult. These guys need to rethink those seats!

If you enjoyed this review, I reviewed the movie Avatar when I saw it in January, also in 3-D. Also, no beer review with this movie review.  "But you said th..."  Too bad! This is my blog and I can do whatever I want with it!

Posted by Beer Drinker Rob at 9:50 AM

Note to self: go watch the movie and bring kleenex, high potential for tears. Glad you enjoyed it without a beer ;-)

Take some tissues just in case. No beer as the movie started in the 11am hour. However, I did enjoy it. If you are interested, this is the beer the afternoon brought on. Oops, sorry, I mentioned Mexico World Cup Loss. :( No clue you'd be reading!

Yeah, sorry about that. I did a beer review last night but didn't feel like rounding off the rough edges for publication. Tonight I promise.