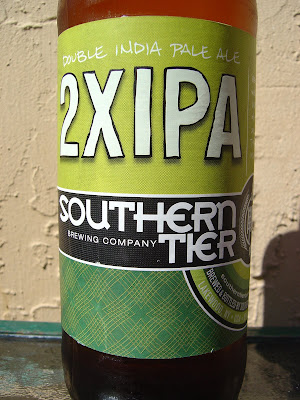 Lady from the CDC called last night and wanted to ask some questions about the health of the children residing here including lunch-type crap, swine flu immunizations,  and other personal stuff. I told her I'd be happy to answer her questions, despite the attitude that was flowing from her mouth.

My favorite part was the exchange when she told me that she needed something. I explained that I'd be happy to voluntarily answer a few questions, but that I didn't really care about her needs. She said she didn't write the survey, real snotty like. I hope her boss was listening in on that part of the recorded conversation! We did that for about 10 minutes; it was quite the little battle. She kept saying "I need to finish the question (and she did)" after I had already given an answer. Personality clash! Survey takers: remember that we can hang up on you at any moment, and I bet that has an effect on your performance grade.

Lots of pine, but also some sweeter tropical fruity goodness in the aroma. Very nice and inviting. Bready and malty beginning, though spicy and piney flavors stick their flavors in right away, too. Not very much fruity flavor at all as the aroma suggested would be the case. Sticky and oily. A bit undercarbonated. Toward the end, the alcohol dries things out a bit and provides a subtle warmth. The finish is bitter and somewhat harsh. Pretty decent, though it got stuck a little in a spicy pine tree. Solid!

Now this was a 12 ouncer, and the best of all that I have had that didn't come in 22's from this brewery. That being said, I prefer Gemini and a few others to this by a mile. I guess this is the best of the little bottles, though!

One other observation, or perhaps it's a question, or a rhetorical something or other. How many IPA's and Imperial IPA's does this brewery make? Wait a second... How many Stouts with one different ingredient do they make? Coffee, Chocolate, Vanilla, and another I can't think of right now, at least. I'm not saying that they don't make both styles awesomely. But I am starting to feel like this brewery is not really pushing the envelope, rather seeing how far it can stretch one awesome creation with minor tweeks. And you suckers are falling for it. I'm sure you will all disagree with me for speaking the truth, so let me know how stupid I am! 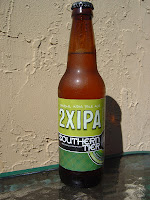 You know your answers to the CDC can someday save the world from the zombies, right?

Yeah, of course I know. That's why I submitted them.

CDC: Did you 4 year old child have the swine flu vaccination.

CDC: Was the dose given by inhalation, by....

CDC: I need to finish the question. ...injection or other manor?

Silence broken by Me: I already answered you.

Repeat... And she had to know I already knew the questions because I heard them five seconds before.

CDC: Did you 8 year old child have the swine flu vaccination.

CDC: Was the dose given by inhalation, by....

CDC: I need to finish the question. ...injection or other manor?

Silence broken by Me: I already answered you.

The second time I probably interrupted her question sooner, and this was but one example.

I am proud of myself!

So I think the blog comment error thing has something to do with the Open ID submission. I'm using the straightforward name/url category and I think this will work.

LOL, you're a dick! At work I have to field all the advertising solicitors and I always like to let them "overcome all my objections" and then turn them down anyway.

I also noticed that about Southern Tier-- you seem to have a greater variety than we do here, but I've still only seen stouts and IPAs.

In college, I briefly (read, just long enough to make it through 3 days of training and realize it was not the job for me,) worked for a telephone market research company like that.

If she was being audited by QC on that call, she would be in more trouble for not finishing the question than for having you get ticked off and hang up.

Having an IQ higher than that of a bag of wet hair, I clicked "diet" and proceeded without reading the entire question. I did say something like "you did say that was diet, correct?" I was harshly reprimanded for not reading the idiotic question as written. Those survey writers have huge egos.

I did not return for day 4 of training. I opted to wait tables instead. I'm still very happy with the decision.

One other person said the same about Open ID, like 3 months ago. I don't think there's anything I can do about that--this is Google. Were you using that before? It's not like this is your first comment!

As far as fielding advertisers, all day every day for me too, tiring.

And for the important stuff, the beer...

Hey VB. Yeah, being a scientist in my previous life, I understand not wanting to change or influence any external variable, but it can be frustrating for the survey taker, especially one called unexpectedly at 9pm at night.

I really enjoyed the 2X, especially after the disappointment of the other ST 12 oz'ers. :)

I would love to tell you you're dumb for hating on Southern Tier's do-two-styles-a-hundred-ways strategy, but sadly I have never had a Southern Tier beer. They don't get distributed much in SoCal apparently.

That said I am pining to get my hands on their Choklat/Mokah/Jahva series. One day I will, and then I'll see if there is anything different or if they are essentially re-branding small tweaks on the same recipe.

Wow, you succinctly stated my case for me, better than I was able to do myself last night. :)

And don't get me wrong--the series is great. I'd be pushing those guys out too!

Hope you get your day with them soon.