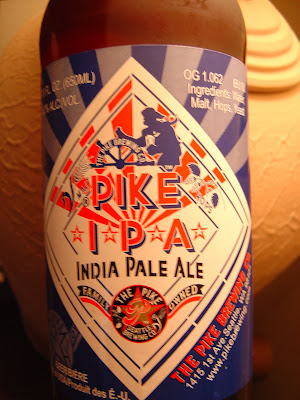 As we start this Fourth of July weekend, I'd like to share some thoughts with you. There has been quite the discussion lately about my cell phone photos and getting them uploaded for the public's viewing pleasure.

First, Lost_In_Beer, a fellow beer blogger, has been obsessed with seeing my Twilight photo. I'm about to ask his wife if he's a vampire. He told me that he'd do a guest post in the next few days if I didn't alert her, or something like that. I can't quite remember the full conversation. Stay tuned.

But just today I took two super-awesome pictures (while driving). This morning I pulled up behind the oldest Chevy S10 still on the road, seriously. The back had C H E V R O L E T letters raised, but with all of the paint missing. Someone, and I'm guessing it was the driver, went out of his way to repaint C H E V E R E, which for you non-South Floridians is Spanish slang for cool/awesome. Clearly this dude has high self-esteem. Yes, I have the photo. You can't make that shit up anyway!

On the way home, I pulled up next to another pickup. This one had purchased enough letter decals to write on the back cab window: AMERICA, then below that, SPEAK TO HER IN ENGLISH. I didn't get that picture as I was actually in the adjacent lane, but I did snap a shot of the biggest redneck you have ever seen with a cowboy hat on in the truck's passenger seat (and I think a straw grass in his tooth)! I was scared I'd be shot while taking the photo, but it's all in the name of journalism, folks.

My point, and yes I do have one. I hate Florida, but I love the diversity here and in the US in general. People chance great risks in shark-infested waters trying to raft here from Cuba. (BTW that ungrateful Elian Gonzalez opened his mouth this week). Trust me, I know the other end of the spectrum. I grew up in Central PA. I had friends' parents that used racial slurs regularly and didn't even know any better. My wife is from Colombia. Most of the people in my office are from Latin America, too. But my wife and many friends and coworkers are now American Citizens, the same as every other citizen (except they can't be President, Praise Jesus!). Anyway, it's way past due that this country acts with one voice! There are plenty of asshole nations to be hateful toward. Ask if you need a list!

Tonight I'm drinking Pike IPA brewed by Pike Brewing Company in Seattle, Washington. The bottle has a nice red, white and blue label and presentation, precisely why I chose this beer for tonight's topic. Do I detect a ship's Captain toward the top? I think I do! And he is drinking a beer while steering the ship's wheel. Ask the Exxon Valdez crew if they think that's a good idea!

Nice spicy peppery aroma. Flavors start out solidly bitter and spicy. Lots of black pepper and lemon and orange citrus rinds. Nice bite! But a sticky sweet, piney balance comes to the rescue. Toasted bread dipped in caramel seem to make most of the bite subside; however, this beer leans bitter for the entire experience including a long-lasting aftertaste. The 6.3% alcohol was almost completely hidden from view in big 22. I do prefer my IPA's to be quite a bit fruitier than this one was, as I mentioned last night for you loyalists, but that takes nothing away from this really nice IPA from Pike! Try it when you can.

The Slangman Guide to Street Speak 1: The Complete Course in American Slang & Idioms 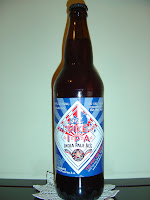 You'll have your guest review tomorrow.

I want the pictures of the car and the redneck!!!
I appreciate your views on American diversity, thank you for that. I'll pass on the beer, I don't like them bitter :P

So hilarious. I saw that CHEVERE truck again this morning on the way to work, like 20 miles from the original sighting. Took more photos too. Someday, I'll figure out how to transfer them from my phone.