I just returned home to South Florida from a weekend trip to Pennsylvania. Now I am a native of central PA, but a lot has changed in the beer world since I had last been there, and Pittsburgh has never been my stomping ground anyway.

In the course of planning a beer-bring-back I asked on Twitter for recommendations for a place with great beer selection which would also sell me singles, convenience for my trip, and one that would not break the bank.

That's when Mike Beattie, who writes the Foodburgh.com blog, spoke up and mentioned two places, one of them being D's Six Pax & Dogz.

I checked out their website in hopes of finding out some additional info on what beers they had there, what was different, just for an idea. Also, I needed the address to see how easily I could make the side trip happen. It turns out that there are two locations, both fairly well located, but no beer list. That was confirmed by an email to their store, and a reply that provided better directions than Mapquest could ever pull off to their Pittsburgh location, with landmarks. So I decided on that one. 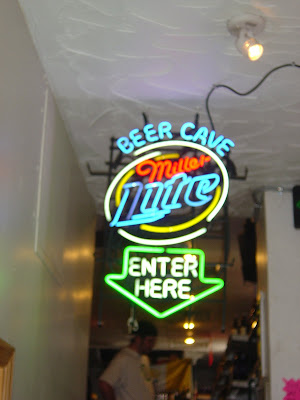 I casually walked into the place on a Friday afternoon, right back to the Beer Cave. This was not a very large area, just a room packed floor to ceiling with shelves of single bottles lined up. There was a dude on the floor unpacking more beer. He said, "Hey" but didn't seem too willing to see if he could offer assistance; that seemed a bit odd considering I went out of my way to tell him I had never been there before and am from Florida. That certainly would have put my radar up. Whatever.

Anyway, I did a few laps around the room totaling 0.0005 miles and ended up with two mixed sixers, twelve new bottles to check in my luggage for the return trip. The price labels must have been really wrong (or I didn't understand them) because most of the bottles were marked around $3 - $4 each. The reason I say wrong is that my final bill was $33 (and I know my math). Don't get me wrong either; I thought that even $33 was an extremely high price to pay for these beers! I was just happy it wasn't much more, as marked. My bill was not itemized either, so I have no way to determine the pricing issue. 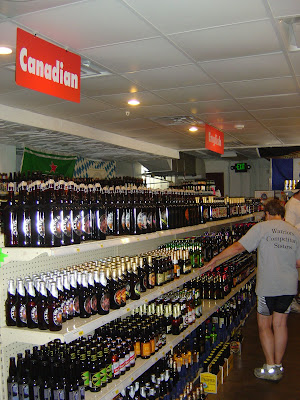 While I was shopping, a lady walked in and asked "floor guy" for a recommendation. Her friends were having an anniversary and she wanted to bring beer with "Gold" in the name. She even mentioned Penn Gold by name. The guy told her that they hadn't received Penn Gold recently, which surprised me a little considering it's brewed in Pittsburgh, but I guess if you only have a certain amount of room, that's an easily cut-able beer from your roster. She asked for an alternate recommendation, to which she was offered Victory's Golden Monkey. I almost swallowed my tongue in laughter--Penn Gold to Golden Monkey--her friends would have divorced her! (Ask if you don't understand why). I left as the two of them started speaking more rationally about Golden Ales in general. Personally, my alternate suggestion would have been Golden Anniversary, if they had it.

On the way out, I paid at the bar. Damn the wings and food smelled and looked good! I snapped a few pictures of the bar and front of the place which also earned me a few weird glances, but I guess that should have been expected. In the end, I got what I wanted which was beers not available to me in Florida. Check this place out, if you know what you're doing.

Here are their two locations. I went to the one on South Braddock, which is just off 376. 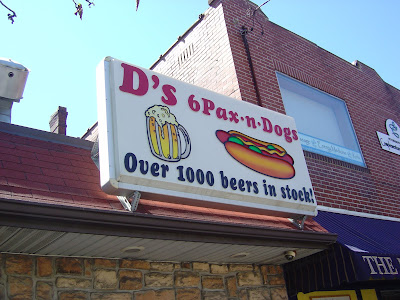 
Here's the picture of the bar I took on the way out.

eegads! we used to drink Golden Annie back in college. instant hangover, like while you were still drinking it. you don't even want to know about the next day... if you do know, you know...

Yeah, I know. But if you expect Penn Gold, that's a reasonable alternative. For real.

You take Golden Monkey somewhere, you better be at a beer lovers' festival, because that is not for everyone.

I hear ya. unexpectedly found the Golden Monkey on draft in NJ a few weeks back, at the beach. nice surprise.