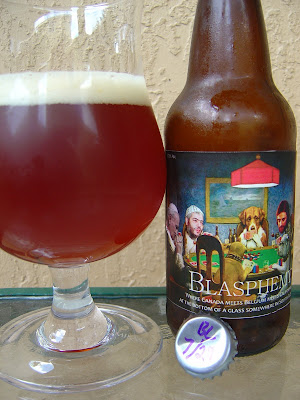 This morning I felt like an Appliance Repair Apprentice. My wife has been bugging me lately to get a few little annoyances fixed, and I had no reason except for scheduling pains to do it as they are all under warranty. This morning was the time.

Now I scheduled the 8-12 time block for A&E (which is now affiliated with Sears Home somehow) to come fix my washer, freezer and dishwasher. What I didn't expect was three different technicians to come and do each individually. They are very specialized is what I was told. So at 7:50 am, I hadn't been home for 30 seconds when security called to let me know Sears was here. I'm pretty sure I passed the dude on the way because he was driving too damn slowly.

Lesson One. Washer repair. The problem? Agitator agitates even when the lid goes up. Now I am not a pussy or anything and the thing was still getting my underwear clean, but I figured since they were coming anyway, they could make this thing work the way it was intended. A couple of screws out, and yep, just what I thought, two contacts were sticking together preventing the safety feature from taking effect. One little part and three installation minutes later and the dude said adios.

Lesson Two. Refrigerator repair. The problem? Ice maker doesn't make ice. This guy had the ice maker out in about three seconds. I'm betting he could have done that blind-folded. But this dude practically forced me to pay attention to what he was doing; he showed me how these two plastic tabs separate to hold another part in place, but that one of them broke off. Bad motor replaced. Then I got a lesson on making sure the repair actually fixed my problem. Nice guy, 15 minutes. And auto-ice. No more old-fashioned ice!

Lesson Three. Dishwasher repair. The problem? Dishwasher doesn't wash dishes--the stupid thing that holds the soap wont stay closed and therefore all the soap disappears in the "getting wet" cycle or whatever that initial water spray is called. This lady wasn't goofing around. She came in with a beach towel. Yeah, I was thinking that too. But it wasn't because she wanted a tan or even expected a flood. It was for under her knees as padding. The solution to my problem? A new dispenser, but she didn't have the right one and the ones she did have required a different gasket or cog or sprocket or something that needed ordering. A week from Monday 'til I eat on clean dishes.

Despite learning a lot, I have decided against a career change. After all, I don't even like to hang pictures. Now on to the beer! The weekend is here!

Tonight I'm starting my weekend with Blasphemy home brewed by Brent at the Shvitzing Matilda Brewery in Lake Worth, Florida.  What a cool label. Is that the Pope playing cards? The slogan reads "Where Canada meets Belgium meets California, at the bottom of a glass somewhere in South Florida". When I asked what I was about to drink, I was told to think about a Maudite template with lots of twists. The cap is labeled BL 7/29.

Fruity pear, Belgian yeast and lots of booze in the nose. Well, first comparison to Maudite, both have great carbonation. Fruity pear and orange flavors start things off. Plenty of spicy and yeasty flavors come in right behind those. So far Blasphemy is lightly sweet, yet it's not at the same time, can't explain it. Quite the booze-hound, this one is. I guess at 9.75% alcohol, I should have expected that. I felt like this beer was slightly syrupy in the beginning, but that alcohol took care of that mostly. And then after a little bit, with some more warmth, that was when the beer came together best. Tastes like a Belgian beer. Nice little yeasty bits. A little alcoholic but hey, it's Friday! Nice job, Brent!

7 Weeks to Safe Social Drinking: How to Effectively Moderate Your Alcohol Intake 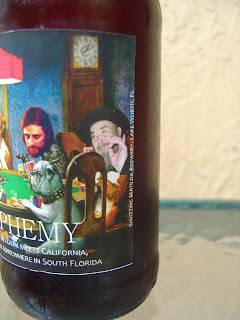 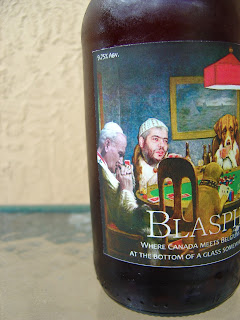