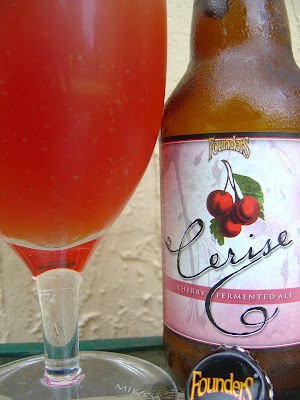 So my community management company has been giving me shit for months now about cleaning the dirt and grime off of my roof so it meets community standards. I got another notice a few weeks back, called them on a Sunday and left a long message, played phone tag for another week, asked the girl for a recommendation, she needed to call back with one, phone tag again, I complained about the time limit they gave me, 60-day extension...

Well, I gamed the system long enough, apparently. Today I called the recommended company thinking I'd have at least a few more weeks to milk this out. Nope, these guys live in one of the other subdivisions in my master community, and the boss said he could be over in five minutes. Perfect. Fifteen minutes later he was already here and leaving to go pick up the shit and get started right away. Nice. Well, they've been on my roof and cleaning my walls and windows and driveway for like three hours so far. I think they wrap it up in the next hour though. Good service, though I am not sure why the dad of roof guy and their other helper stuck around to watch the roof being cleaned. Anyway, having them nearby is great in case they fuck something up. But I guess it could also backfire if he falls from the second story. Live nearby? I'd recommend them, so far.

Today I'm drinking Cerise, a cherry-fermented ale brewed by Founders Brewing Company in Grand Rapids, Michigan. The label is simple, yet elegant, depicting a bunch of cherries. This beer has 6.5% alcohol and 15 IBUs. Since Ed Roberts likes some additional explaining, Cerise = Cherry in French. Clever, huh?

Fruity berry aroma. Yes, I know I'm supposed to say cherry but you can't make me! Ah, the flavors, yeah, here's where the cherries get involved. Sweet to start but instantly taken the other direction with a touch of puckering tartness. Really quite nice! I'm pretty sure this is a hard candy flavor. I like the sour and this beer actually reminds me more of a soda than anything else. Refreshing for sure. It could have used a touch more carbonation. Dry finish. For what it's worth, there is a lot of sediment left behind in my glass, too. Anyone who says they don't like beer, this is a great introduction to what is available out there. Another winner from Founders! Drink it! 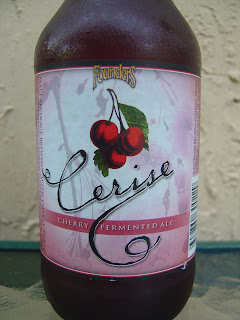