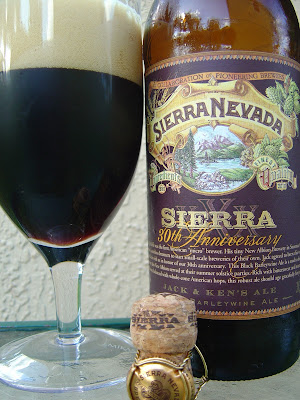 As predicted, the Phillies took home their fourth consecutive NL East Division Title recently. As happy as I am about that, much more is expected of this team this year! Tonight, actually right now, they get to start their March To The Pennant against the Reds. OK. I gotta get moving on this so I can watch the game too.

Tonight I'm drinking Jack & Ken's 30th Anniversary Black Barleywine Ale brewed by Sierra Nevada Brewing Company in Chico, California. This is the second in the series that I have had after Fritz and Ken's Stout. Jack McAuliffe is the "Jack" in the name, and he was one of the first microbrewers at his New Albion Brewery. Jack and Sierra Nevada's Ken Grossman put this guy together for us in honor of the Sierra Nevada 30th Anniversary. Beautiful corked wine bottle, though to quote a friend, it's "not a great communicator". Even the different bottles in this anniversary series look identical minus a few words. Hard to differentiate unless you're up close. (Drinking a glass would probably do it too!) "A COLLABORATION OF PIONEERING BREWERS" is the headlining banner. Nice!

Good head--see the photograph! Malty caramel aroma with a bitter hoppiness behind it. The favors are similar but more in-depth, and actually start out reversed from the aroma. A large dose of hoppy bitterness kicks things off but is wonderfully challenged by some sweet caramel flavors. Roasted coffee adds a tad more bitter but some dark cherry flavors balance that out as well. Vanilla and wood are noticeable but background flavors.

After reflecting (don't forget I have a wine-sized bottle), I am convinced that bitter is the dominating profile. A lemony citrus is tapping me on the shoulder saying I should say that. However, it is nicely woven with the sweet flavors. Now we didn't even talk about the 10.2% powerhouse alcohol yet. Prevalent from the first sip, the alcohol gives the impression that a smooth vodka is somehow intertwined in this beer as well, providing inner warmth along with that feeling. No real bite, not harsh, pretty smooth, lightly prickly, nice carbonation. Warmth brings more citrus and less alcohol feeling. Nice beer. Not sure I totally dig it as an all-star but check it out if you can. 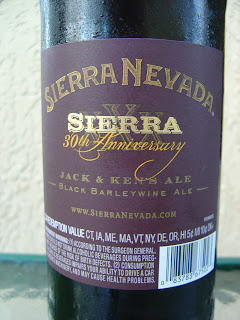 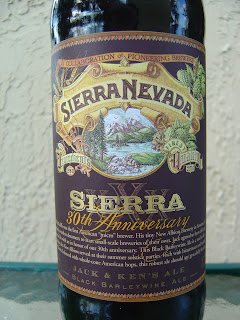 Back in the day, Jack brewed a black barleywine ale at summer solstice at New Albion they called "Old Toe Sucker." Ayep.

Hey Renee. Love that name. Wish I were a part of all that fun with you and your dad. Can't wait to meet you when you come for a visit down to Miami!

I was lucky enough to have this on draft here! They had it one day only. On draft it was simply amazing! 10%abv but smooth as can be!!