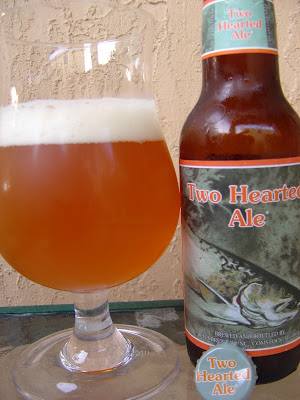 So the spousal unit left this afternoon for a few days in Bogota. Yeah, haha, I used to think the same thing. The city is actually very safe now compared to its violent not-so-distant past. Mucho kudo(s) to the last few Presidentes! How about this as well? You ask my wife if they have lots of cocaine around... and I watch her slap you upside the head so fast you wont know what hit you.

Anyway, the big third grade book report is due tomorrow, and unfortunately, so is the oral report on the same book. Well, there go the points for "speaking clearly". Didn't they get the memo to schedule this around Brace Face getting that crap in his mouth? Anyway, we had at least an hour of torture barely preparing before I then had to help four year old with his homework also due tomorrow. OMG, Jesus, and I also need to have these two in costumes tomorrow? Fashion is NOT my strong suit--my wardrobe is horrible.

Tonight I'm drinking Two Hearted Ale brewed by Bell's Brewery in Comstock, Michigan. As far as I'm concerned, this is a pretty spectacular brewery with a deserved loyal following. Haha. I reviewed this beer back in July, 2009 while suggesting that anything was available for purchase on Amazon (with lots of links; I am an affiliate). Looks like I threw out a few examples in Sex, Bondage, Apparel, Personal Health and How-To categories. Check them out again! I'm laughing to myself.

The label is fishy, LOL, with a story on the back. Batch 9836. Now I wont argue that there is a citrus orange aroma, but this leans way toward malty bready with a hint of caramel. Flavors start out much more on the citrus side than I expected based on the aroma. Lemony orange and a nice little hoppy nip instead of the malt. The bread from the aroma is there but much more in the background than I was teased to believe was coming. Refreshing, flavorful, simple. Not over the top in any way, an easy drinker, an I-want-more-of-this-beer-now beer. The 7.0% alcohol provides a light bite in the end but not too much. Nice beer. I really like it! 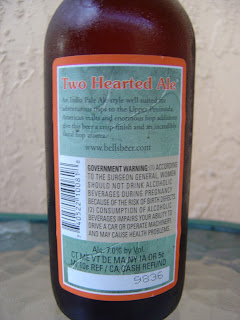 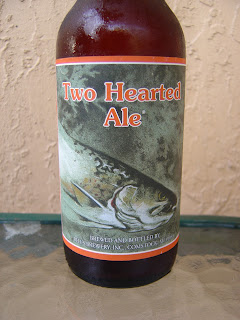 Thank you for stopping by.

Well then, blow me.