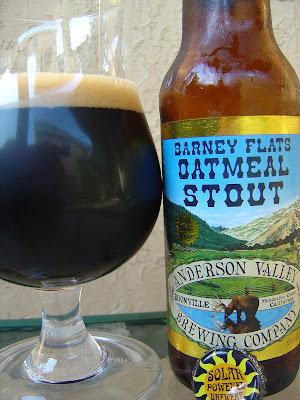 December 1st. Hurricane season is officially over! And I am thankful that we in South Florida did not have to endure any hurricanes this year. We received our share of rain from some of the systems that passed by, but no shutters and no destruction! Until next year, the bitching is over.

Today's review is of Barney Flats Oatmeal Stout brewed by Anderson Valley Brewing Company in Boonville, California. The label depicts a simple nature mountain scene. I'll be damned though if that animal doesn't look like a bear-alope--distinct bear body with a nice rack of antlers. Perhaps that's an effect of the Boonville mineral water they are talking about? A generic "Gold Medal Winner" seal is also prominently displayed. On the back is a story, some of it in the local dialect. Hmmm. You can read it on the picture below. Finally, they refer to themselves as "Legendary". I like that!

Wonderful milk chocolate aroma, with a light roasted smell in the background. Rich and chocolaty flavors start things off, with a maple syrup complement. Not syrupy, just the syrup flavor. Some vanilla also adds another interesting component. A good dose of hops is also apparent as this beer is only barely on the sweet side of neutral. Perfect balance. Creamy with low to medium carbonation--definitely not flat though which is a huge plus. Not overly complex but really quite delicious! For sure try this one on for size! 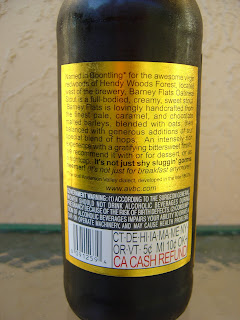 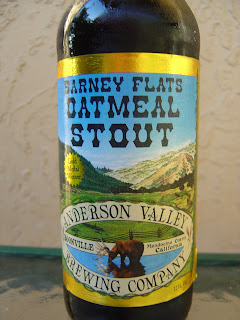