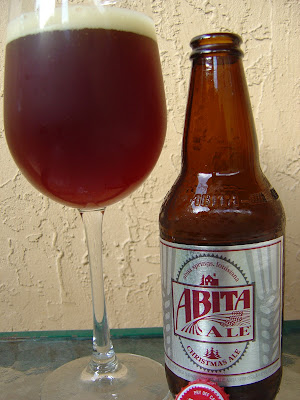 Today I'm drinking Abita Christmas Ale 2010 brewed by Abita Brewing Company in Abita Springs, Louisiana. Each year Abita changes the recipe for their Christmas beer. If you are interested in the 2009 version OR are interested in Bogota, Colombia, I did a thorough review of each last December. The label has red writing on a shiny silver background. Best if consumed before: no month notched, perhaps day 30 notched, no year anywhere.

I'm drinking this out of a really expensive wine glass because my Dogfish Head snifter broke in three while I was washing it yesterday. I barely even banged it and I'm super upset even though it was only $4 and replaceable. If I break this glass, however, I better run for cover as the wife will kill me.

Malty, nutty, earthy, tea aroma. Bread flavors kick things off and there is an immediate hoppy bitter answer. There is even a tinge of citrus toward the beginning. Tea and nutty flavors, along with a little spice round things out. Some metallic flavors start to show up at the end and are left behind for a not-so-great aftertaste. Good upper-level carbonation, prickly and refreshing. Average and not bad. That's about it! 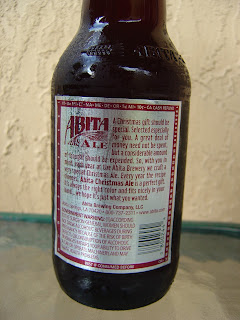 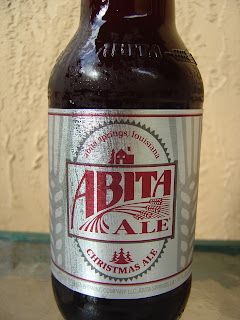