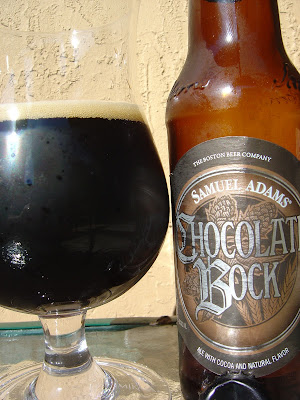 A few days ago, my water heater went from being a normal machine to making scalding hot water to not heating at all. I looked online for some advice and one guy helped me out a lot. Thanks a lot, Wes! Turned out that just resetting the upper thermostat was enough to get some hot water again, and seemingly nothing was broken. But after repeating the boiling night water to the frigid morning showers a few more times, I decided to take his "fuck it" advice and just replace both thermostats instead of trying to diagnose which was broken.

Now I am not a mechanical or technical idiot and can certainly follow directions, but this was for sure out of my comfort zone. For one, not shutting off the power may have resulted in electrocution. That would hurt! But I think I fixed it, though time will tell if my problem goes away or not. And it was actually very simple. The only thing that was a little difficult was rerouting one wire so that it could reach one of the terminals that was located slightly higher on the new thermostat. Hey, electricians... do you think you could leave an extra inch or two next time? Jeez, what if the end needed to be clipped off or something?

This afternoon I'm drinking Samuel Adams Chocolate Bock brewed by The Boston Beer Company in either Boston, Massachusetts or a handful or other places. This beer was the only reason I grabbed the Samuel Adams variety pack this morning, so it better rock. I've had the others, and even hate the Winter Lager, but I too said "fuck it!" So be ready to have a string of Sam Adams repeats here. Oh, and congratulations to Samuel Adams are in order. The Brewer's Association decided not to kick out its largest and most powerful member just because people love their beer enough to have made them an awesome success. THAT was a smart move, just adjusting the rules (by a lot). LOL.

Nice label and presentation as usual. Enjoy before May, (I guess) 2011. Rich chocolate and cocoa powder aroma, inviting. Chocolate and cocoa flavors also are dominant in the beginning. Some roasted malty flavors also peak through and have an overall large impact. Vanilla sprinkles dodge in and out, just adding a little interest. Very smooth, excellent texture. This beer is sweet but that doesn't mean there isn't some hoppy challenge there. I will say I wish it was a little less sweet though. Carbonation is medium-just-enough and the body is medium-plus. This beer reminds me of the Whoppers candy in every way. Even though this beer says it has 5.8% alcohol in it, I'll be damned if I could find it. Definitely would be a good beer to cook with because of its flavors, but also because of its relatively inexpensive price. Yes, I said that two days in a row. Hmmm. I liked this beer and would for sure drink it again.

The Best of American Beer and Food: Pairing & Cooking with Craft Beer

I had this a while back...it was an anniversary edition or something like that if I remember correctly. The little guy in the liquor store who recommended it about peed his pants when he was telling me about it. I like it, too...thought it wasn't bad for "mass market" beer, but Rogue Chocolate Stout puts in to shame. SHAME.

Hey bunny. How have you been. Yeah, not they put Choc Bock in the Winter mixed pack, which is cool. It's a good beer but yeah, Rogue and a dozen others beat it up on the playground. But pound-for-pound, or in this case, dollars, it's a good beer! Thanks for saying hello, once in a while :)

I love the color on that body but would love it more if the head was medium brown. That is a good sign of a thicker beer. White to light cream colored head tells me the body is a little thinner.

Color was nice. But you are absolutely right that this beer was thinner than desirable. Good but not great.