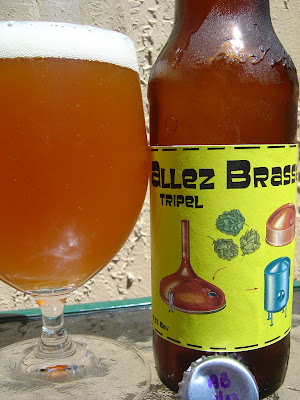 First, if you are allergic to or don't care for the F word, you might want to skip the three paragraphs after this one as I am in some type of mood and going to use it liberally.

Was leaving for my 8 year old's little league game at 8 this morning, only to notice a door hanger stating that my wife had her car towed. I was doing yard work when she came home yesterday so she parked in front of the house, apparently with two half tires on the grass. (They say a picture exists; can't wait for the confrontation when I retrieve it.) After I was finished outside, we both forgot to get her car back in the driveway where it belongs. OK, that's a mistake, and parking on the street overnight is not allowed. But it's also not a towable offense. For that, you just get a bright neon sticker on your window warning you not to do it again. Or else!

But that's not what happened. Our security company, the ones that work for me, the ones supposed to be protecting me and my property, took it upon themselves to overreact stealthily in the middle of the night by calling a towing company to come get the car. These dudes know this car belongs to us, it's in their records. These dudes have five different phone numbers for us. My fucking front door is 20 feet from the street. Ring my newly installed doorbell and give it a go. Nope, zero tolerance for this egregious affront on our community's well-being! And she wasn't even parked on the grass. Jesus, how about a little fucking courtesy and neighbor-centric relations with the people that pay your fucking salaries! And pay more attention to the marijuana distribution house on the corner and the fucking teenagers driving 80 mph in a 20 zone! Fuckers!

Guess what? The towing company and location for our car--on the other side of I-95 in the shittiest Hollywood neighborhood around, 20 miles away. Another gem of a decision by our Board of Directors. It's not like, we'll fuck them but we'll double fuck them. So I spent 3 hours on that issue. Oh, and $124 mother-fucking dollars. Christ! Revenge is plotting somehow in my mind and I told the security girl that happened to answer the phone this morning they are the absolute worst fucking security company we've had here of all in the 8 years I've been here. I feel a little better now but fuck fuck fuck fuck fuck fuck fuckity fuck!

Today I'm drinking Allez Brassé! Tripel brewed by the Shvitzing Matilda Brewery in Lake Worth, Florida. This is a remake of Home Brew (Soon to be Pro) Vanessa's Iron Brewer Gimpel Tripel entry, a "hoppy Belgian strong ale." The label is different this time. (Heck, so is the name for that matter.) Anyway, there seems to be a simple beer making flow-chart on a bright yellow background. Cap says AB 1/23 which I believe is the bottling date. Also, I did look up Brassé and it's from the French verb meaning "to brew" so using my Spidey French skills, "Go Brew!" is the English translation of this beer.

Fruity pear and apple aroma, yet hoppy too. Smells so nice. Sweet fruity start with an immediate dose of lemony hoppy zing and 9.3% booze accompaniment. Sweet candy and spiciness and yeast all kind of rotate through across your palate and mix with the other flavors. I drank half of the glass before I wrote all of the rant above and the other half afterward, so let me tell you the differences.

At first I was going to say that this was clearly too sweet and though the lemony hoppy bitterness was trying, it wasn't coming through. But after the beer warmed up four paragraphs worth, the bitter hoppiness and spicy jabs were clearly the dominant flavors. Kinda cool! A little boozy and warm in the chest. Two distinct levels to this beer. Dry finish. I'd let it warm up a bit out of the fridge, then dig right in. Really nice!

The beer sounds pretty good. I'm not much of a Belgian drinker, but I had La Fin Du Monde a couple of weeks ago and loved it. I put "Allez Brassé" in my language translator and it came back with "Go Stirred".

Have fun plotting revenge... I think you're more than entitled. Sounds like your HOA is run by former Nazis.

I taking the nice route right now through my property manager, and I've also requested to be on the agenda to speak to the Board of Directors at the next meeting. Should be charming!

That meeting could make for an interesting post. Good luck!

Yay!I'm glad you enjoyed it :) And, yes; Allez Brassé! means Go Brew! Kind of a spin on the "Allez Cuisine!" on Iron Chef - it was made for Iron Brewer after all ;)