May was a busy month. Sierra Nevada started selling their Best of Beer Camp mixed 12 pack, which contained four different beers. In order of enjoyment, I drank and reviewed the Weizenbock, California Common, Double IPA and Juniper Black Ale.

No sooner did that end than Samuel Adams released their Latitude 48 Deconstructed mixed 12 pack, containing six different pairs of beers. Five pairs represented a single hop used in the making of the final product, which was also included. I drank the first two in May, Simcoe and East Kent Goldings, and since I drank them all by now, let me suggest passing them by, unless you really just want to learn what profile each hop variety offers. They aren't very appealing alone, as a generalization.

Chalie from The Mug of Saint Arnold did a guest post of Avery's Maharaja, and I did the same for his blog.  In between all of those, I tackled a bunch of others including (popular among beer snobs) Shock Top Raspberry Wheat, Beach Bum Blonde Ale and Bohemia Clásica.

But in the end, these were your winners, May's Top Five. 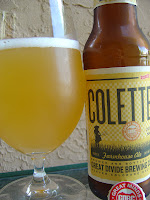 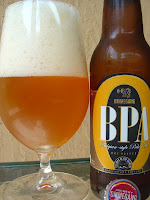 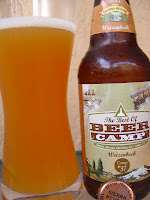 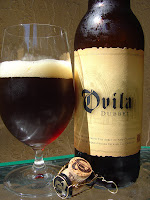 Here is the Master List of Top Five Lists to add to your summer reading list! And here is a full list of all the beers from May. Thanks for reading! If you enjoyed reading this, I have a really good idea. You could be enjoying it each morning when you open your inbox. Yes, it really is that simple. Oh, and tell your friends. They will thank you!

Love the list and the post. I had all of the beer camp brews, and all of the beers on your top 5. I liked all of them, too. No love for the Juniper Ale? I thought the Weizenbock was the best of the group, too.

I just purchased the Latitude 48 Deconstruct 12 pack, mostly to get a feel for the taste of the different types of hops.

Nah, not too much love for the Juniper beer. I didn't even drink the second one from the pack. It's at home in a lonely corner.