Antares Part Dos: The Beers With An Antares Porter

You've already read the Introduction to the Antares Beer Company and met Mr. Kolsch. Am I right? If not, shake your ass back over there so you have some perspective. Today I wanted to talk about the beers that Antares brews, since a brewery without beer is like Marc Anthony without J-Lo (or something like that). So far, I've only had the Kolsch and the Porter myself, but I will eventually have the remaining three or four beers. As you can see in the Beer Sampler photo above, there should be seven or eight total beers, though I'm not sure all are bottled. Wish I were there, just for scientific purposes and your edification, of course.

Now, all of these photos were either taken by the famous Ofelia or lifted from the Antares Facebook page, with the obvious exceptions being my photos of the beer review at the bottom.

I gather from their English website that they brew and bottle Kolsch, Porter, Scotch Ale, Imperial Stout, and Barley Wine. In addition, here is a photo that shows these guys have a Wee Heavy Scottish Style Ale in addition to their Scotch Ale, both bottled with different packaging. Could be one batch to the next rebranding, but if not, I'd love to see the differences in what are basically synonymous names for the same beer style.

The Spanish version of their website ratchets things up a notch. They list the same five beers as above, but they also list a Honey Beer and Cream Stout. Being extremely learned (meaning I take their pictures literally), I noticed that those two only have keg photos next to them, so I'm jumping to the conclusion that they are not bottled. In addition, multiple Selecciones del Brewmaster are listed, including Tripel, Pilsen, Pale Ale, Witbier and a handful of others I couldn't read. I guess those rotate on the whim of the guy in charge, but that's a lineup that really hits the most popular styles. 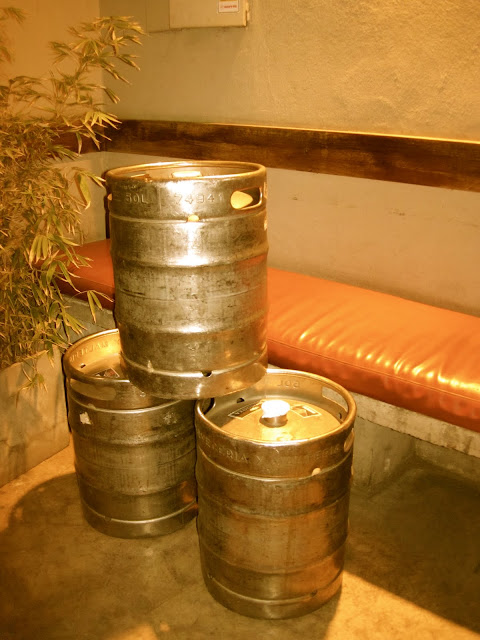 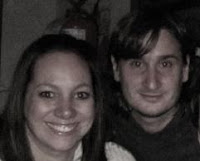 Certainly all of the beers are kegged and on tap, and who doesn't dig a pint of beer on draft? Ofelia and Dario! That's who! And Dario is one of the owners. Can you believe that? Yeah, me either.

Check out this photo of three kegs in the waiting area of the brewpub. Clearly there is not a Mendoza Beer Bandit! And they also don't seem too worried about a strong kid knocking over the pyramid!

What else can I tell you about their beers? They all have profiles and reviews on both Beer Advocate and RateBeer, though they are sparse and often very dated.

Without giving all the technical details for each beer, which you can find on their website, let me give you Antares' brief description for each beer. Don't let the grammatical, spelling and word usage errors detract from your experience, and rest assured that I've already offered them a sweeping editorial look at the site. I'll let you know if they decide to take me up on that. 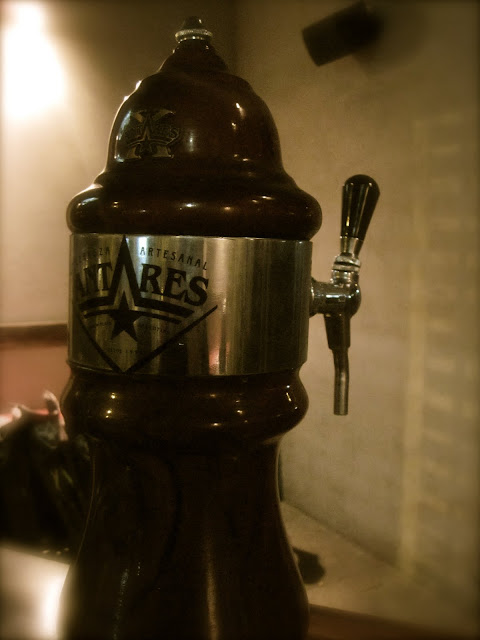 Antares Kolsch offers an intense golden taste and fresh aroma, with a dry finish in the final hop. A real German proud.


Antares Porter allows to taste the light notes of toasted malt and chocolate. Dark color, strong and soft at the same time, and a delicate taste of chestnut and brown sugar.


With ruby color and deep taste, Antares Scotch Ale captures the brave spirit of the southern descendents of Scotland.


Deep dark beer, with an intense toasted flavor. The malts used in are toasted until they reach a similar darkness like cacao or coffee. Antares Imperial Stout blends sweet tobacco aromas and raisin with light burn and alcoholic notes to produce an intense deep bouquet.

With copper color and an alcoholic content close to exclusive wines, Antares Barley Wine is a strong beer in liquor and malt, with a deep fruit accent from the yeast.

Now, let's get to this Porter! 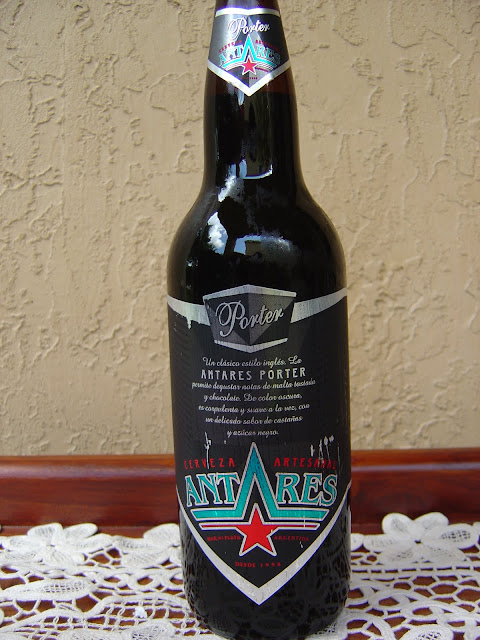 Today I'm drinking Antares Porter brewed by Antares Beer Company in Mar del Plata, Argentina. This is the second beer from Antares that I've had, and once again, it was (sort of) a gift from the brewery. Read the other review to learn more about why "sort of". Nicely presented in a 660mL bottle. Same story on the back, though it's still in Spanish. Yeah, I know. I wasn't expecting the Translation Fairy to stop by either.

Pretty good-sized tan head. Rich, sweet cocoa and caramel aroma with a light roast. Cocoa flavors to start, but not as sweet as the aroma may have led you to believe. Some coffee flavors are also very noticeable, pairing up with some roasted malt. Those are the main highlights of the beer, but some subtle nuances do add a little interest, including faint hints of vanilla and even buttered bread. I'll tell you what! Just add some bacon (to your plate, not the beer) and you'd have a heck of a breakfast dish!

The texture is excellent, smooth and very creamy. Carbonation is medium and perfect. This beer had quite a bit thinner body than I was anticipating, but that was OK. The 5.5% alcohol was not a factor. On the barely bitter side of neutral and not sweet at all. Right on target! Flavorful, easy to drink and enjoyable. 660? Piece of cake! 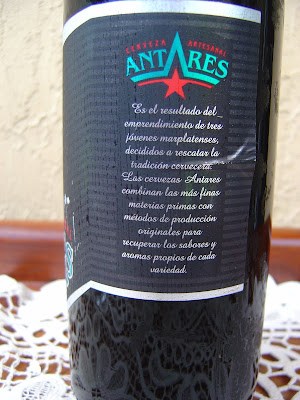 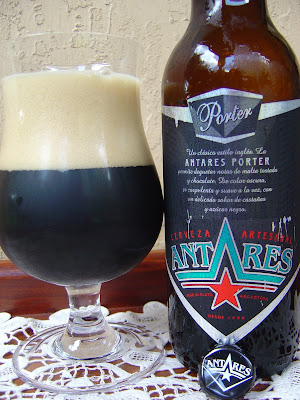