My dad is a doctor. His dad was a doctor. My cousin is a doctor. But I don't really have any doctor friends. I assumed that was due to the fact that doctors are more responsible types and don't like or drink beer. Incorrectly I guess. You guys all remember BeerPancakes, don't you? Everyone say "Hi" to BeerPancakes. Well BeerPancakes' fiance Doctor Carolyn is also a beer geek! One day she's talking about sours, the next pediatrics; one day imperial stouts, the next vaginas. So apparently doctorism and drinking craft beer can be simultaneously achieved! Here's how it went down in Tampa a few months ago. 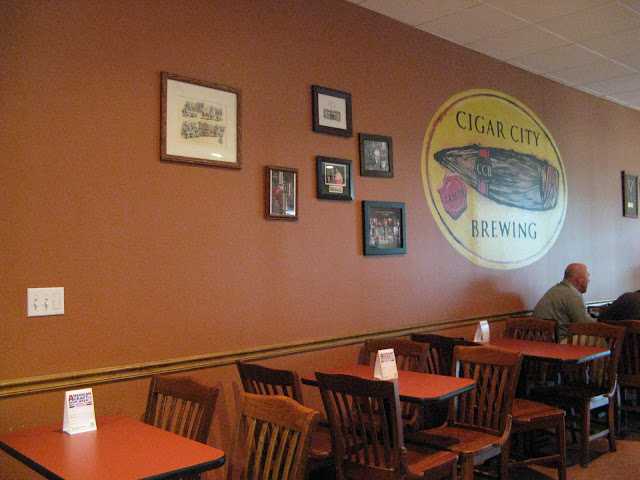 Most of the time being in medical school feels like a tug-of-war between college life and the grown-up professional life. So when I got a vacation after a grueling year I decided to head down from it’s rarely ever sunny Philadelphia to Florida. ‘Twas a fantastic escape--I kayaked in gator infested waters, met the oldest living manatee in captivity named Snooty, and went to a Tampa Bay Rays game in an indoor stadium (it’s just wrong). Being a craft beer geek I couldn’t be so close to Cigar City Brewing without stopping by and sampling the goods, and by the gracious generosity of my favorite daily beer reviewer, I got to do so for a lot less cash. 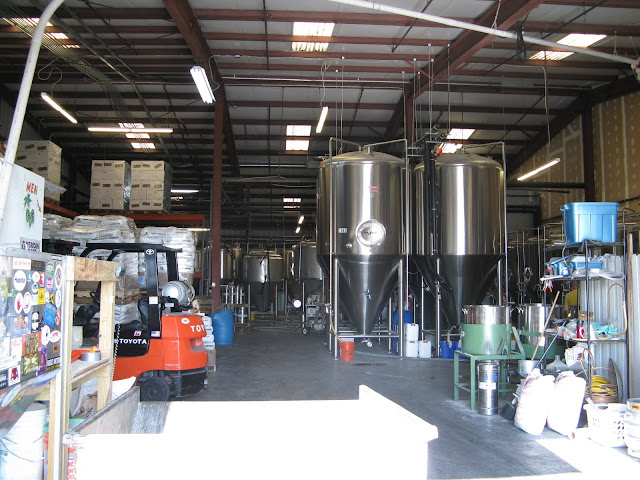 When I pulled up to Cigar City I was reminded of so many breweries these days located in hidden corners of industrial parks. Not much to look at from the outside, but a pretty sweet little bar separated by a wall from the warehouse brewery. Bartender was friendly and the other patrons were more than willing to discuss good brews (= signs of a good bar). I tried a lot of CCB beers that day, but I figured I’d review their Maduro Oatmeal Raisin Cookie. I took a baby growler of this stuff home (along with a 4 pack of Cubano Espresso, Oatmeal Raisin Cookie’s relative). 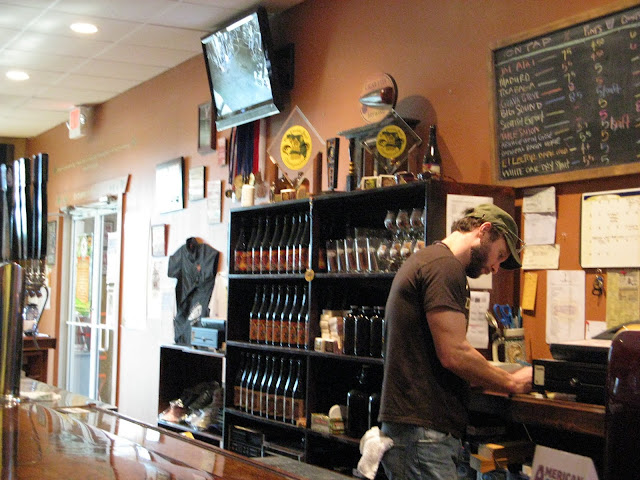 Poured a very lovely, dark brown with a thin layer of foam. Stuck my nose in this badboy and got transported back to Christmas-time at my house with vanilla, cinnamon and malt aromas floating about willy-nilly. I couldn’t believe how accurate a description “oatmeal raisin cookie” was for the aroma. On first sip I tasted those vanillas and chocolate maltiness and oatmeal character. As the beer warmed up the spiciness emerged with cinnamon pushing through along with some fruit flavors. A little thin mouth feel which was probably the only aspect I was disappointed about. Overall, a pretty nice beer—drinkable and satisfied my sweet tooth without being syrupy. 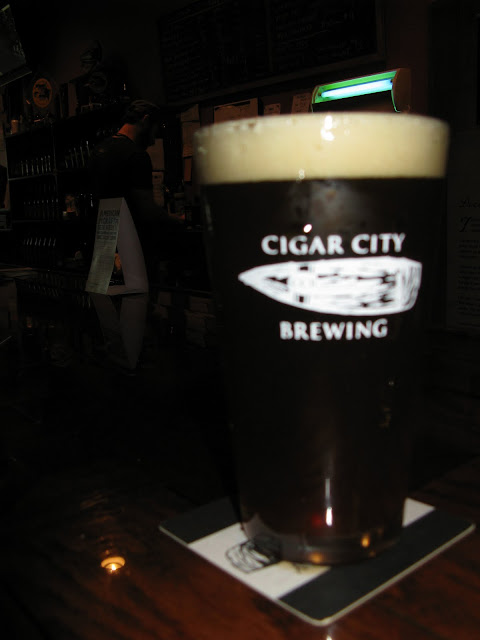 Posted by Beer Drinker Rob at 4:44 AM

Thanks I'm now craving another one of their Oatmeal Raisin Cookie pints. It's not a beer that I could drink all the time, but I get lots of cravings.

I love the CCB tasting room, the only problem is that they're now getting so popular that it's hard to find a seat unless I go during odd times.

As far as the Rays stadium, they need an indoor one because of the heat/rain, as a New Yorker I've finally come to terms with that. It just shouldn't be that indoor stadium.

Yeah, we went to CCB at 3 or 4 in the afternoon on a weekday, so it wasn't crowded at all. I'm sure they'll grow when they get the chance. I remember when Victory (up here in PA) was tiny and now they're huge.

It was my first indoor ball game and I missed the sun and breeze--it took away a lot of the visceral associations I make with ballgames, but I agree it's a necessary evil for them!

This took me back to my trip to CCB. Good stuff.

One day I'll hit CCB. And one day I'll have this beer. Sounds great to me. Would be easier if Joey would just send it down here.