Here's a little treat for you guys today. You're so spoiled! An online friend of mine known as The Art of Beer agreed to write down some thoughts on beer reviews and how to approach them. She also provided a few cool pictures that I sprinkled throughout her article. You can check out her blog here, but only after you check out this article. OK? 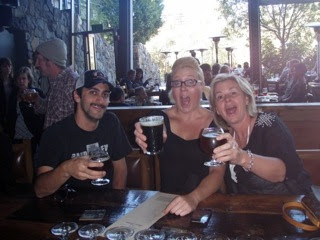 I can remember the day when I bought a bottle of wine because the label caught my eye.  Some of my picks were delicious, some not so much.  The fun part was experimenting and learning about something new.  In most cases I was not going into the experience with a preconceived notion of what it would taste like.  Sure I read Robert Parker and Wine Spectator.  But I didn’t carry copies around in my purse to reference as I shopped.   I made mental notes when reading and relied on my memory or my famous attraction to labels when making my choices.  Now there’s App for that!

To frame this point in the beer world, just look at how Social Media has exploded in the past few years.  The World Wide Web is flooded with information about all the brilliant craft breweries and the business of craft brewing in the United States.

Want to learn what the best beer is or where the best place to drink beer is in a city you are going to visit? - Ask the Twitter Universe and you can get some great answers about what beers to sample and the best places to sample them.

Curious about a new brewery that is being distributed in your area? _ Go to Beer Advocate or Rate Beer to find out what the unwashed masses are saying about their beers.

Wondering if that bottle of  “Double-Dutch, Upside Down, Donkey Bladder Aged,  Nano Brew” is worth $48 for a bomber?  - Search Beer Blogs for reviews on the beer 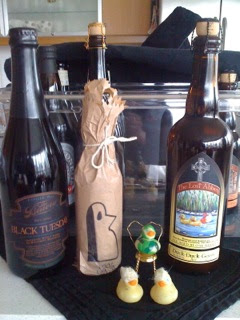 The resources available are tremendous.  Now comes the tricky part…a lot of what you are reading is the “opinion” of a person or an organization. Some people are clearly more credible than others but don’t mistake popularity with validity when it comes to taste.  With something as subjective as beer, how do you wade through the rhetoric and find answers that help you make decisions?  Should you even check what people think before trying the beer?  In most cases I like to drink the beer first --- read reviews later.   It makes for really fun reading if you genuinely liked the beer and you find the armchair beer critics bashing the hell out of it.

How do you actually know if “SDNanoBeerExpertGuru”  (made-up – I swear) is really an expert?   Why would “he” ever taste a pencil eraser or how does “she” know what wild boar urine smells like?  I don’t know about you but I have never actually tasted sunshine nor do I make it a habit to sit with a Thesaurus, coming up with bizarre descriptives.  Taste is subjective and largely based on how experienced your nose is.   The more you sniff in life, the bigger your reference library becomes and the more defined your palate is.  To coin a phrase my father often used;  “Somewhere in the middle lies the truth” and when it comes to beer, the truth is really what your palate decides it should be.

I am not saying that reading beer reviews is a bad habit.  On the contrary, it is entertaining, thought provoking and at times eye-opening.  They can stimulate your own creativity and help you find words to describe what you taste, smell and feel when drinking a beer.  The key is in sorting the information and knowing how to use it or in a lot of cases, NOT use it.  As much as I enjoy reading reviews, make no mistake about the fact that I would rarely skip a beer based on the negative reviews of strangers.  I tend to try a beer first and then read what others think about it.  This can be an enlightening approach and one I highly recommend.

Who should you listen to? 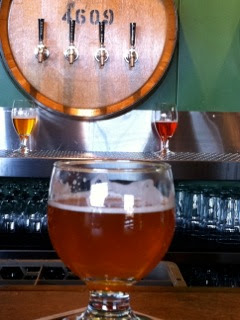 There are several beer people that I share similar tastes with.  If one of them gives rave reviews about a new beer or a recent vintage of an existing beer, of course I will take notice.  After a few years comparing notes with these folks, I have developed a respect for their opinion but there are definitely times when I do not share their view and I am sure they would say the same about me.   I enjoy comparing notes with these people and I have respect for their experience.   I also seek out certain beers based on positive comments from the people I respect.

As craft beer choices become more accessible, it becomes harder to decide which beers to try, but the good news is that there are heaps of beautifully crafted beers available in most states nowadays.  Beer trading is a practice I advocate greatly for.   I can say with all sincerity that there are some wonderful folks out there that take great pride in sharing their local favorites with people in other areas.  There is nothing more gratifying, in my humble opinion, than shipping off some local beer to a person you like and respect in another area.  Sharing what you love makes for good beer karma and paying it forward is what I love most.

How do you choose beer? 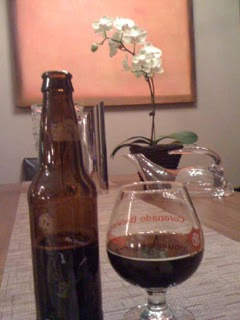 As the Craft Brewing industry grows, it will become more difficult to make choices just because the volume of choices will become overwhelming.  Keep your ear to street. Listen closely for “positive” buzz.  Those that show respect for breweries and brewers are always people I will pay attention to.  Try your best to tune out those who bash breweries and spout insults about brewers.  These people are doing nothing to advance the craft brewing industry and chances are pretty good they have a poisoned palate. .  For every rare/hyped beer out there, there are dozens of lesser-known but equally well made beers out there.  Take pride in sharing information that help those beers get recognized.

Now… kick back with a new beer and make your notes about what you taste and what you think.  Then…go out and search the reviews to see what others are saying.  Take note of the folks that share your view of the beer and save for future comparisons.  Have a good laugh reading the nasty reviews of the "mom’s basement dwellers".  It’s cheaper than cable and at times more entertaining!  Last but not least, share your positive finds with friends using social media.  Champion good beers and give props to the brewers that make them.