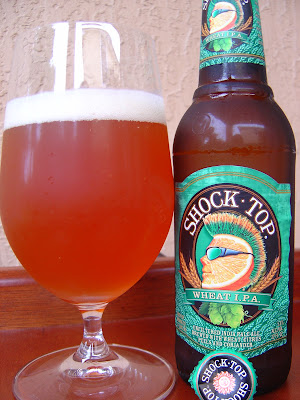 Smells nice with sweet orange citrus and a little spice. Very much a wheat-forward beer, very big flavors. There is, however, plenty of orange support and a good dose of the advertised coriander. A little bready, too.

I don't find this beer to be very IPA-like in any way. I guess there is a faint hoppiness and it is balanced, but it's basically a nice normal wheat ale. Pleasant flavors, easy drinker. I wouldn't say it's awesome but if you take it to a party, it'll probably be one of the top beers there (unless it's a beer party, of course).

Posted by Beer Drinker Rob at 8:59 AM