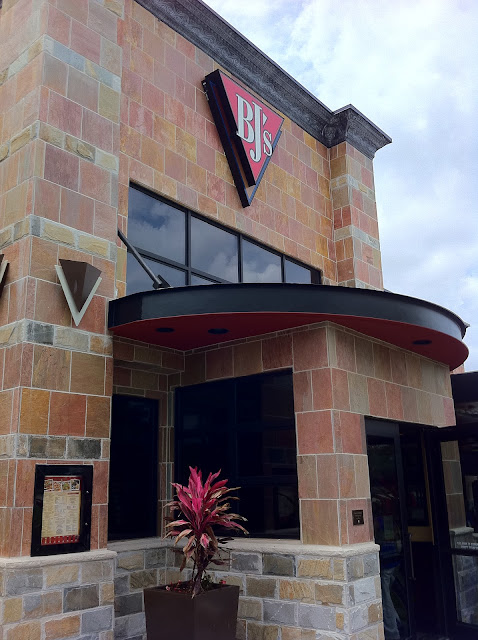 My family decided to go out to lunch on Mother's Day. I know, a very out-of-the-box, novel idea. When we stopped by the Cheesecake Factory to find a mob and a 90 minute wait, you could hear the laughter a mile away as I got back in the car. So we drove down the road to check out BJ's Brewhouse, a brewpub that one of our baseball mom friends recommended (based on the beer). We were careful not to upset "The Pembroke Pines Man" (camera monitored intersections) as we drove there. Thanks for the welcome! 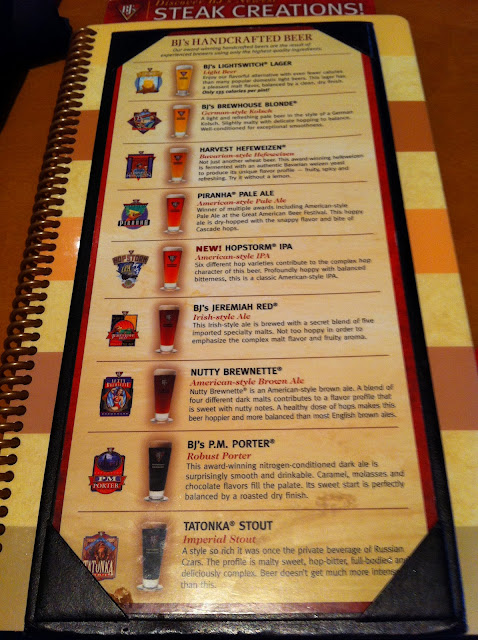 It was just before noon. We easily found a parking spot. We were welcomed with a nice smile. We were immediately seated. And our waiter was promptly there to take drink orders. He didn't complain when I asked him to redo my kid's apple juice without ice. He was fine with substituting Alfredo sauce for red sauce for the other kid. AND he liked to talk beer--couldn't have been a better matched server for me.

I went right for their "new" beer, an IPA called HopStorm. And it was very tasty. Nice bready, malty backbone with a solid amount of hops and spicy bitterness. Good balance, flavorful, quite enjoyable. After I polished that off, the waiter asked me what I thought. I told him it was great. He said he thought it was perhaps a little more like a Sierra Nevada Pale Ale, not hoppy enough. I heard that opinion and was OK with his analysis, but I felt it as a solid IPA. 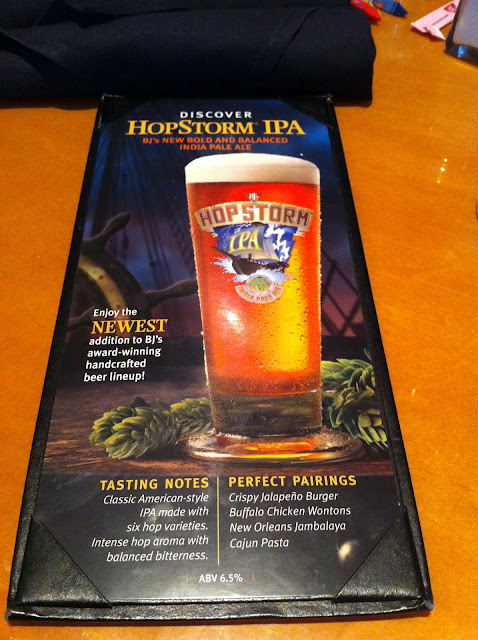 He went on to let me know his friend was a homebrewer and they had just "celebrated" a successful SNPA clone the night before. He used that as a segue to let me know about a beer dinner they are hosting next Monday, May 21, 2012. It appears to be a 5 Course Dinner paired with 7 Beers from BJ's and Magic Hat. He told me that he's going with 10 of his buddies. Anyway, it costs $30 and you can call 954-430-3545 if you want to check it out. There are other locations too with the same event besides Pembroke Pines so if you're not local, check their website. 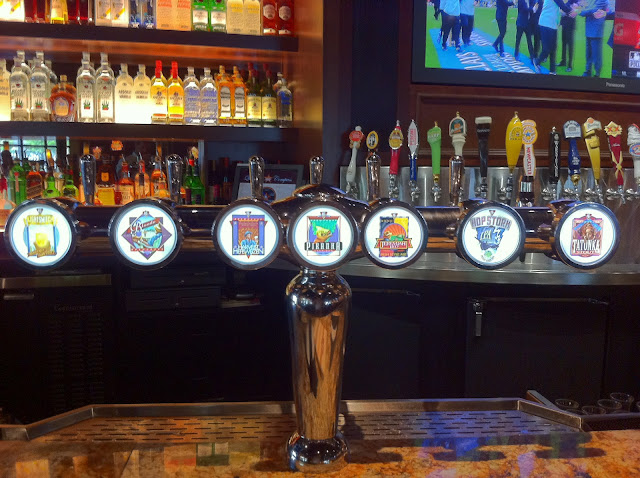 I thoroughly enjoyed my burger and fries, which I paired with their Harvest Hefeweizen. This wasn't a bad beer. Had a nice fruity flavor and a little tang. Fairly wheaty. It was easy to see that the glass was not perfectly clean, but I didn't say anything. It was Mother's Day and I had just come from church.

As my son and wife shared a dessert, I grabbed one final beer, the Tatonka Stout. This beer has a very creamy and luscious texture. Malty sweet chocolate with a solid amount of roast. Nice bitterness and balance. Nuances of coffee and vanilla come with a small alcohol bite toward the end. I thoroughly enjoyed it and was shocked to hear my wife agree. SHOCKED! 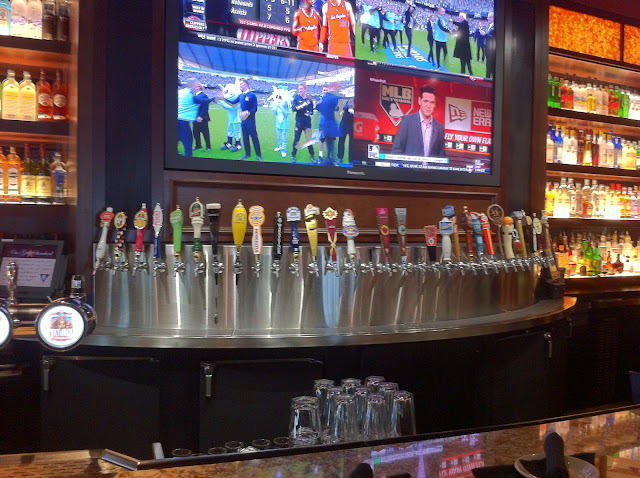 Anyway, I took a few photos at the bar to show you their full lineup of taps, both their own beers as well as guest taps, which there were many. They also had a fairly extensive bottle list in their menu, which I didn't take too much time to read, but it was solid. I will definitely be back and suggest you do the same for a relaxing, casual lunch or dinner with some great beers. Damn it! I probably should've got the guy's number for a date. LOL.