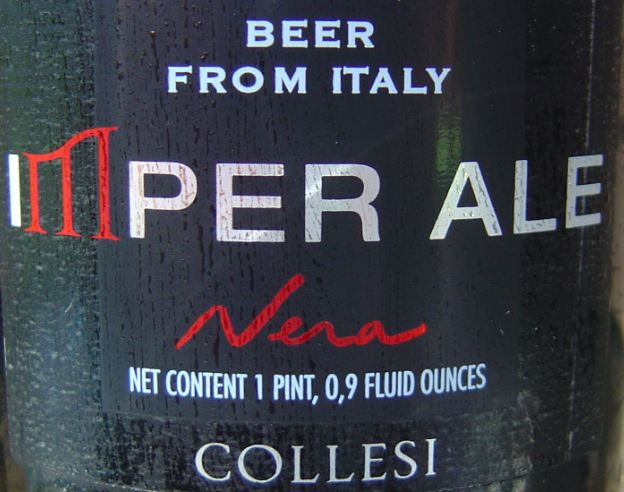 Today I'm drinking Nera brewed by Birra Tenute Collesi in Apecchio, Italy. This is the last of the bottles given to me by the importer to review. And it's been a lot of fun. The expectation label on the back has my interest piqued. They call it a stout with a complex aroma, including notes of rhubarb. This bottle has the same elegant style as its brothers and sisters, just standing apart by its black neck and label color scheme. Again, now that I know that plastic insert on the cap is to recap after an initial pour, I think it's great. I pushed the cap back on and it held snugly, enough to give a second carb pop when I reopened it 15 min later. Cool.

Fun aroma: cocoa powder, licorice and hints of vanilla. I didn't really smell any rhubarb but did get wafts of roast and light smoke. Cocoa flavors are prominent in the beginning, a bit sweet. There are also some sweet fruity flavors including prunes and a lot of juicy cherries. The Belgian yeast makes sure you know it's there and some spiciness comes through as well. 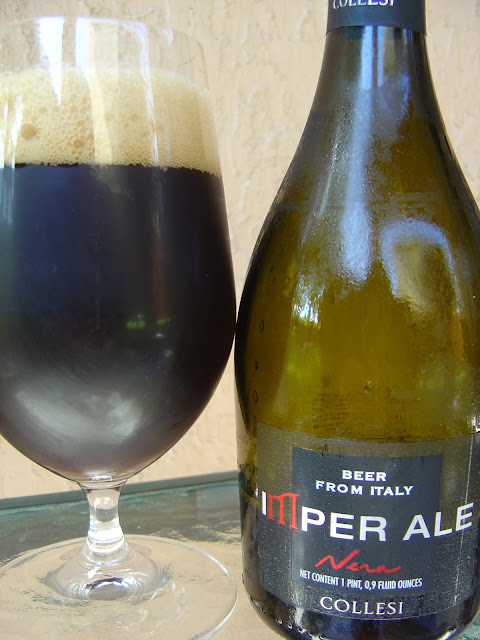 The 8% alcohol warms up the throat and chest while assisting some light roasted coffee flavors in taking some of the sweet edge off. With that sweetness, especially after drinking half the 500 mL bottle, comes a strange savory hammy kind of flavor. I didn't love that part and though noticeable, gladly it was in the background. Good carbonation, good body. Not a bad beer, though there are at least a few other Collesi beers I like a lot better.

As for the rhubarb, I'm not sure. My mom used to make strawberry rhubarb pie when I was younger, which has nothing to do with this article. Perhaps that's what I'm suggesting is the cherry flavors, especially since those are so noticeable. Anyway, nice beer. 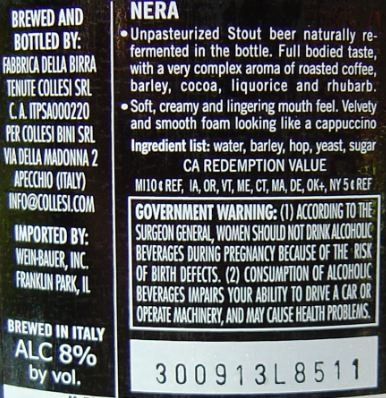 I have enjoyed this whole series and want to try and find these and compare my notes to yours. Haven't seen them at all until these post. Cheers!

Solid lineup for sure. I had really never ventured into the Italian part of the beer shelf until I wrote about them on UnderTheTuscanGun.com This was a good experience.