Last Monday, I attended a beer dinner at 5 Napkin Burger that featured the beers of Florida Beer Company. Was awesome! Well, last night the restaurant tried to outdo themselves with an encore beer dinner with a new menu and featuring the beers of Holy Mackerel Brewing. Also a great experience!

I arrived with Ed Roberts, and he and I immediately spotted Holy Mackerel Brewer Bob Gordash and his wife Carolina over by the bar. We chatted with them for a while before being seated for the dinner. We actually sat with them for dinner, too, and chatted beer and food and other normal-people conversation topics.

Our host, 5 Napkin Burger Manager Peter, gave an introduction to the dinner and his menu, then introduced Bob to the guests. Bob talked about his background and the three beers we'd be drinking with the dinner, along with some philosophizing and storytelling. The other guests had some beer drinking and brewing experience, so there were some interesting conversations throughout the evening as we sampled Bob's beers. 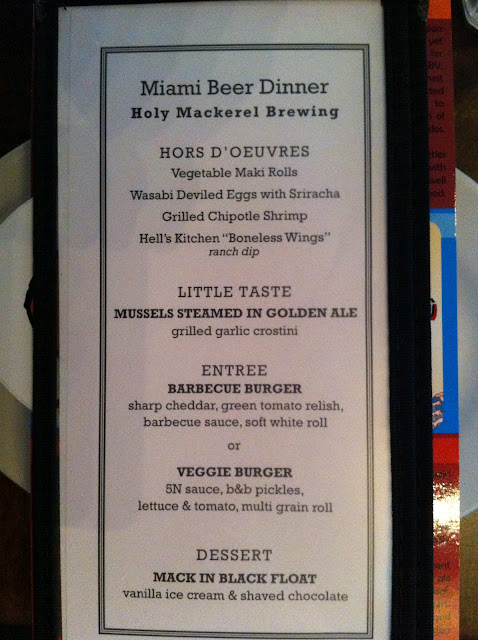 We started the evening off with some Hors D'Oeuvres paired with Holy Mackerel Special Golden Ale, a Belgian-style Strong Ale. Bob let us know that all of his beers so far are under the Belgian influence (so to speak), but that an American IPA and even a Braggot might be in the works.

We were served Vegetable Maki Rolls, Wasabi Deviled Eggs with Sriracha, Grilled Chipotle Shrimp, and Hell's Kitchen "Boneless Wings" on skewers. If I had to pick favorites, they would be the wings and and deviled eggs. I loved the spiciness that the food had and how it matched up perfectly with some spiciness in the beer. Noticeable yeast, great fruitiness and easy-drinking refreshment, also dangerous at 8.5% alcohol. I'll let you all in on a little secret too--I helped the Pembroke Pines Total Wine store open this morning at 9 and grabbed a 4-pack of this beer to go! Yeah! 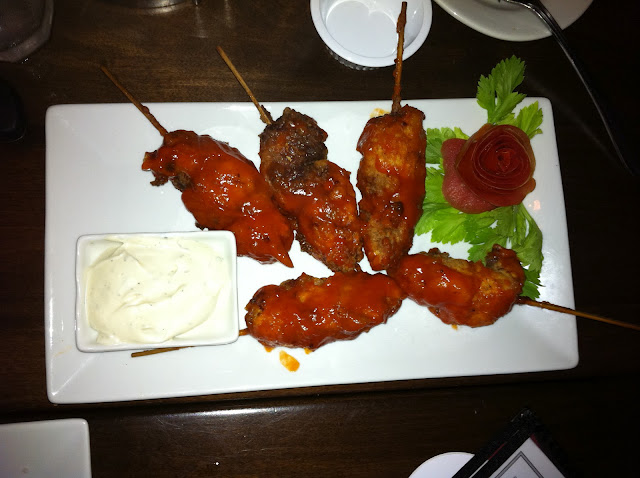 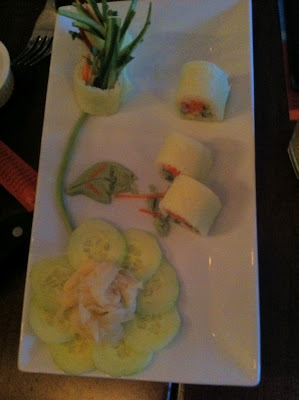 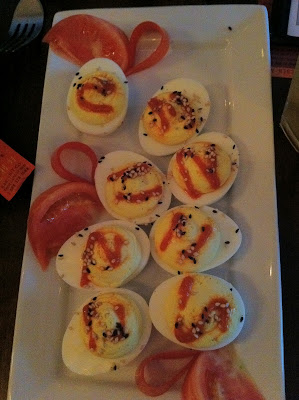 The first course of the meal was Mussels Steamed in Special Golden Ale. I honestly don't remember the last time I had mussels, but these were very good. The sauce in the bottom of the bowl was really delicious and the garlic bread worked great with the dish as well. We had the same beer with the mussels and again, I really enjoyed the beer.

As we were eating our mussels, we were given the option of 5 Napkin Burger's Barbecue Burger or Veggie Burger. I chose the Veggie Burger this week to check it out. As the guests were finishing their mussels, we were served the next beer, Holy Mackerel Panic Attack, a bigger brother to the first beer. Nice honey sweetness meets some Belgian yeast flavors and spiciness. And it's hard to notice, but you should be aware of the 10% alcohol in this guy. 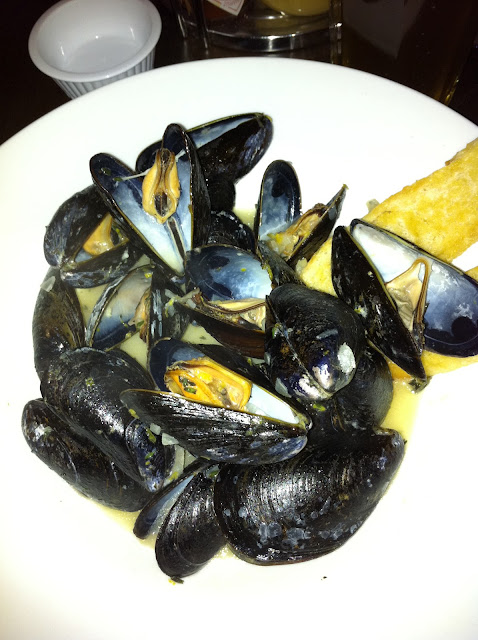 Bob said that since this beer isn't quite as refreshing as his first one, it would be hard to drink as many. While he is right about the refreshment, mainly due to the bigger body and sweetness, I'd challenge the "drinking more than a few" part. LOL. Another thing Bob said he liked to do was mix the first two beers in an equal ratio to make Psycho Phish. We all did it, and I guess it took a little sweetness from the straight Panic Attack. Anyway, was fun.

Veggie Burger was served with fries, a delicious onion ring and one of those fancy tater tots stuffed with mashed potatoes. My burger was served on some sort of whole grain bun with some great pickles. Quite delicious, and I ate the whole thing. However, I reaffirmed that I am a meat eater after Ed gave me a taste of his Barbecue burger. Nice cheesy zing on that one! 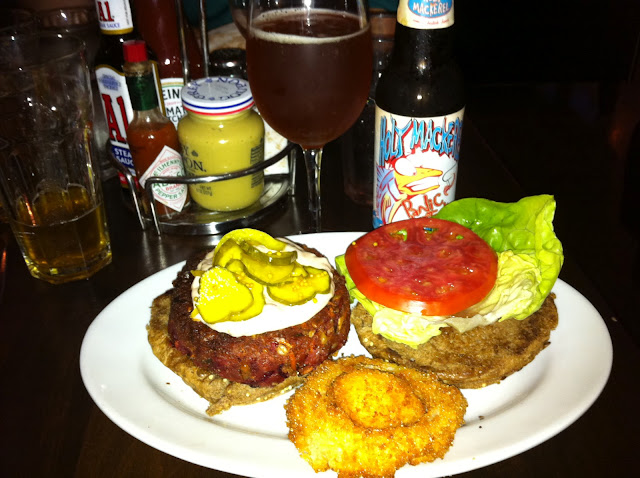 Finally, it was dessert time. How about a Mack in Black Float made with Mack in Black beer and served with a glass of Mack in Black? Hell, yeah! Vanilla ice cream with whipped cream and chocolate shavings just floating in a mug of beer. This is the life. Luckily, I also paced my eating better than last week. Plenty of room for this pairing. Plenty of roasted coffee flavors from the beer meet the ice cream, just delicious. You will not miss the pomegranate pop in your mouth either, another feature of this beer.

I had a great time. Nice food. Nice beer. Nice company. Chef David made another appearance to an ovation. Peter chatted with us afterward as well. I asked him about Bourbon dinners as well since they have quite an extensive selection. He said they want to do them here in Miami and that 5 Napkin Burger already does them in New York. Stay Tuned! 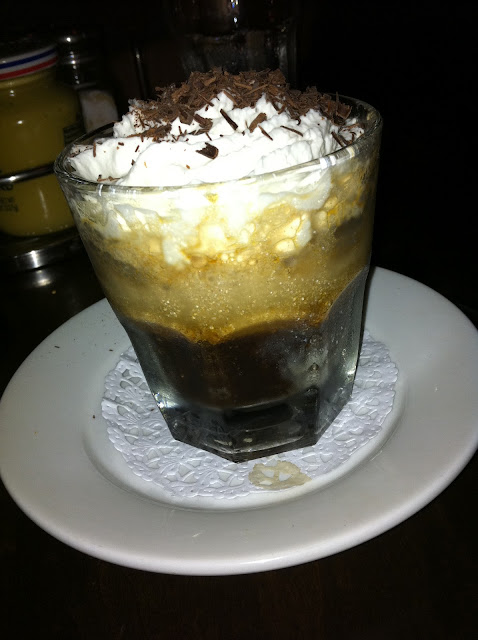 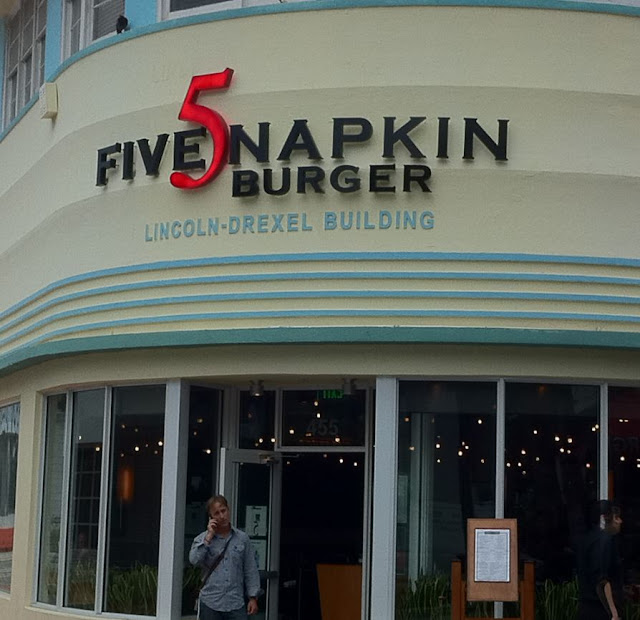 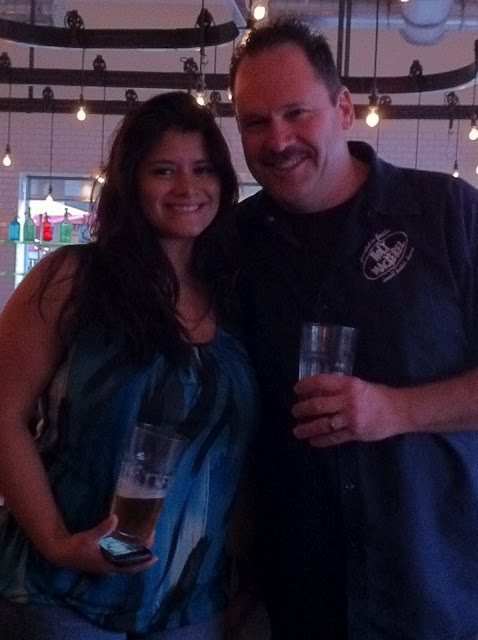 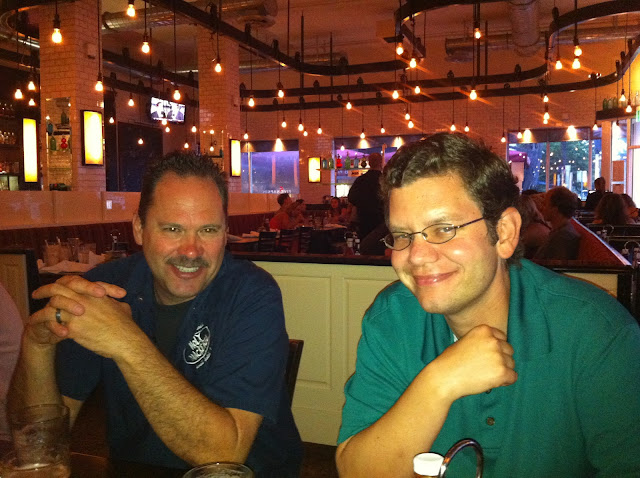