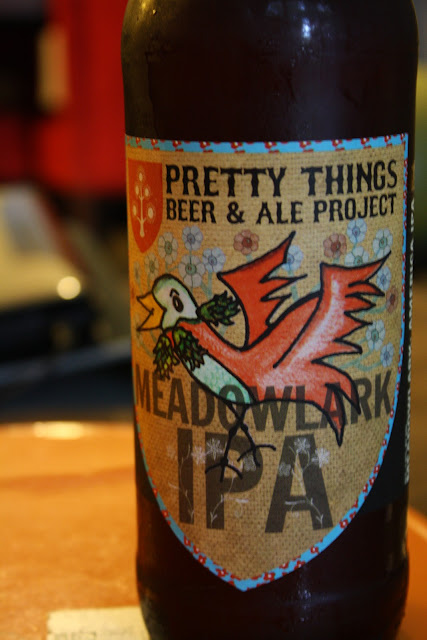 You're in for a treat today. Apparently Josh from Lost in the Beer Aisle had minor surgery and some spare couch time, so he agreed to write another guest review. The last one was way back in July, 2010! And on top of that, fighting a PC that didn't work and doing a review from his phone? Yep!

So thanks to Josh. Despite the hard weekend and having the balls to have a vasectomy, he really manned up and came through with this review! Don't worry, dude. I fixed the typos.


It's a long boring weekend for me here in New England, nothing like the excitement Florida is having over Isaac! Not to say my weekend hasn't been without excitement; on Friday I had a vasectomy. I'm on doctor's orders to stay on the couch all weekend, thus the boredom. If you want to hear the gory details (pun intended), hop on over to Lost in the Beer Aisle where I'll be recapping it.

Luckily I am still allowed to drink beer while I recover. Tonight's brew is Pretty Things Meadowlark IPA. Pretty Things is a Massachusetts company. They are a bit gypsy-like, as they have no brewery of their own... they bounce around using contract brewers.

The Meadowlark poured an orangish hue with some decent head. It has a nice hoppy aroma. In the taste department it's packing a ton of hops, citrus with twist of floral. There is a great amount of malt helping to balance the brew out. The result is a sticky sweet hop profile. Pretty tasty! 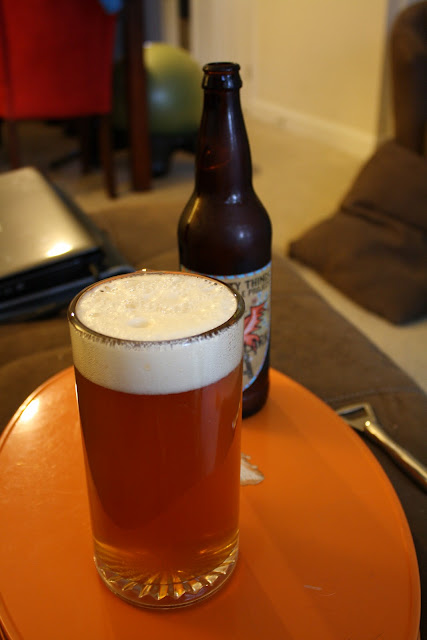 Posted by Beer Drinker Rob at 8:19 AM