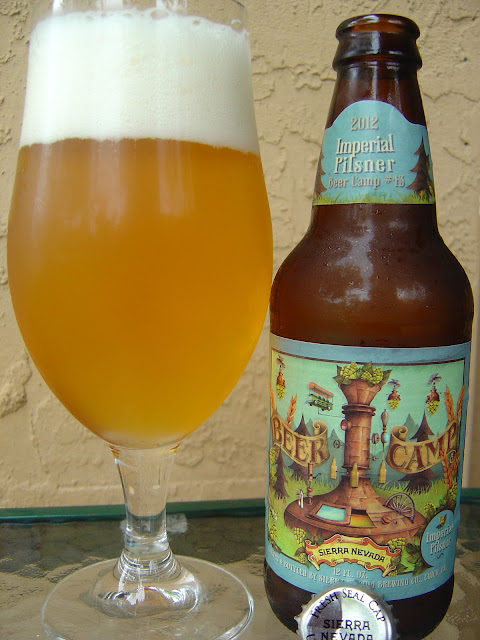 The third in this year's Beer Camp Series... Imperial Pilsner #43 brewed by Sierra Nevada Brewing Company in Chico, California. Not sure why they call it imperial or even what that actually means. I thought it referred to added ingredients that ended up boosting the alcohol percentage. What we have here is a 5.6% alcohol beer, pretty much on the low end and almost a session beer. As I mentioned previously, the art is cool. This Beer Camp beer has a "Robin's egg" blue border.

Tastes like a rich pilsner. Lemon, orange, grass followed by a malty sweetness. Crisp with a fuller body than your typical pilsner. Nice biscuit and fruit flavors add some interest. Herbal through the middle with some nice bitter nips. Clean and fresh with great carbonation.

This beer wasn't my favorite the first few times I had it (remember you get 3 of each with the mixed 12 pack). But the lemony, tangy zip really grows on you. Very nice beer, enjoyable. 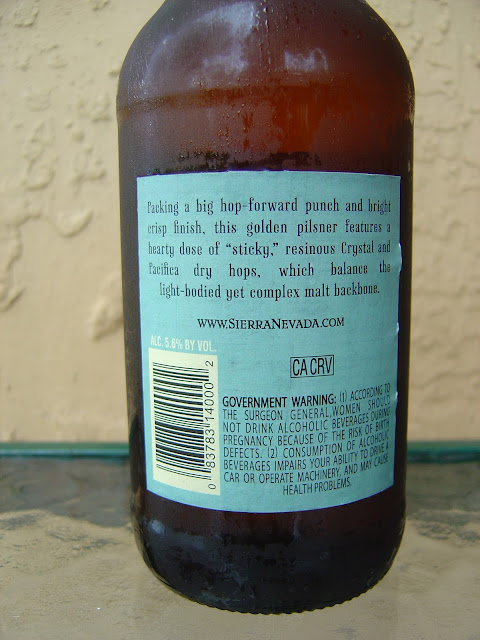 Posted by Beer Drinker Rob at 8:27 AM