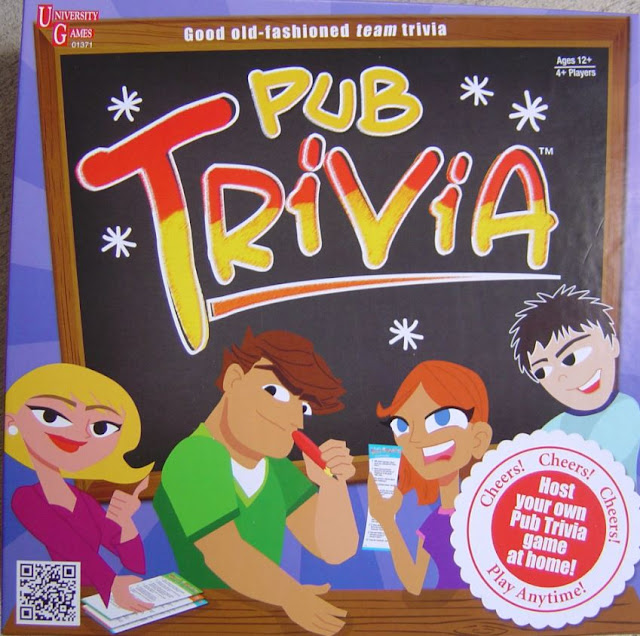 I was recently approached by University Games to see if I'd be interested in reviewing their newest party game called Pub Trivia. As a guy that grew up playing all versions of Trivial Pursuit and a card-carrying member of that Alex Trebek show, I didn't hesitate to give two thumbs up.

When I say recently, I mean about a month ago, but come on, that's recent when you're trying to get a bunch of people together for a game. But today I suggested we play over a few freshly procured Sierra Nevada Celebrations with the Penn State/Nebraska game on in the background. Sold! A few drank wine and a few had Jack and Coke but whatever. (Gotta get rid of that JD somehow). 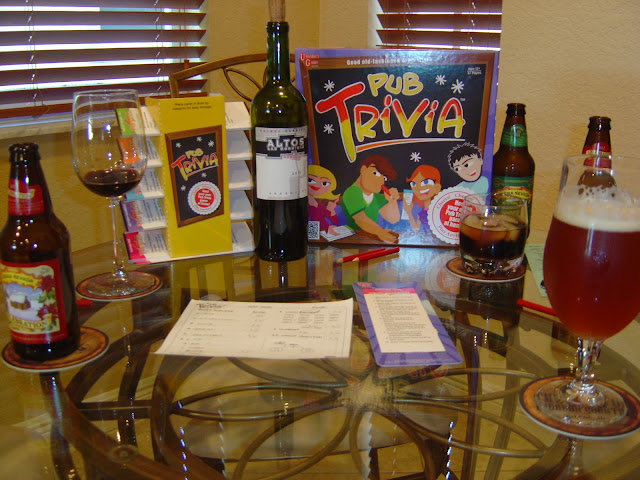 The game is simple yet very fun. I was the host and a player, not an easy task since some of the "grading" of the score sheets is subjective. But I'm a pretty fair guy. Let me tell you that some of the wrong answers were the best answers all afternoon--we were cracking the hell up many times.

There are five categories: History/Geography, Entertainment, Sports/Recreation, Science/Nature/Tech, and Anything Goes. As host, I chose that last category first. Each team gets an answer card which is organized by different sections to match the questions. Basic knowledge, top 4, quotes, educated guess, and even a drawing are part of each round. 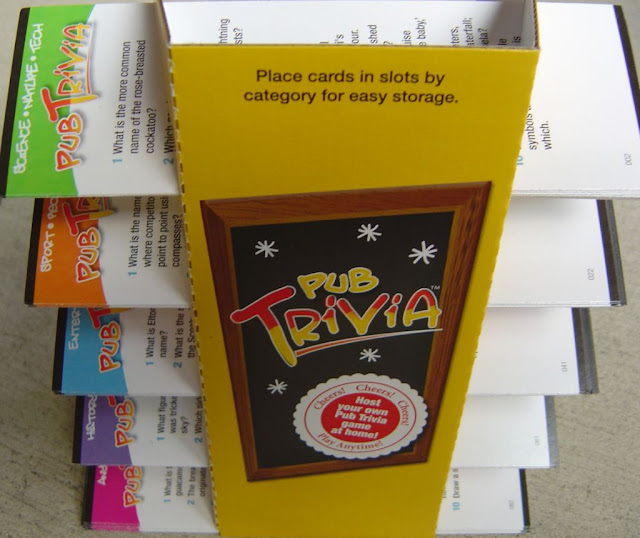 Since there are five categories, there are five rounds. Did you really ask me if we kept score? Of course! This is a competitive household! After each round, there is a tally for the teams. Most points at the end wins the game. I thought the scores would be higher and the game would move faster, but I swear one game lasted nearly an hour (beer and bathroom breaks included).

I staged a few pictures in between games and even took some out on the porch so I could skip the camera flash. I think my neighborhood buddies will definitely be over again, and I'm thinking about taking the game with me to a few places. 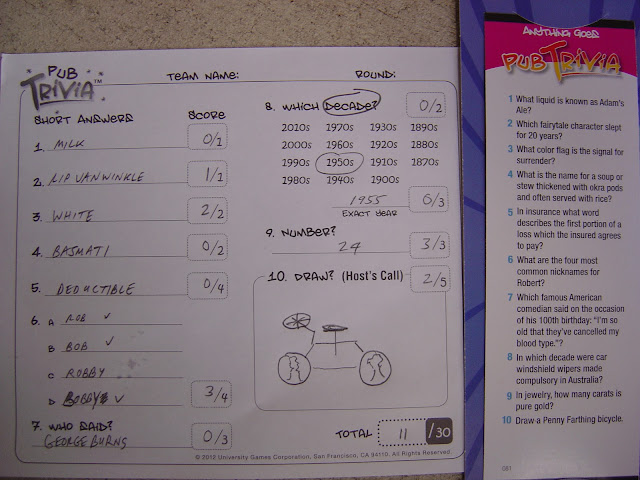 I do think that had any of my friends that are not long-time US residents or citizens shown up, they might not have enjoyed the trivia part. There were a lot of pop culture questions I feel they may not easily answer. My Colombian wife has lived here for 15 years and she was having a hard time. But whatever, I understand. University Games made the game difficult enough to keep trivia people happy! And for that, I thank them. So check it out!

Here is the product from Amazon...