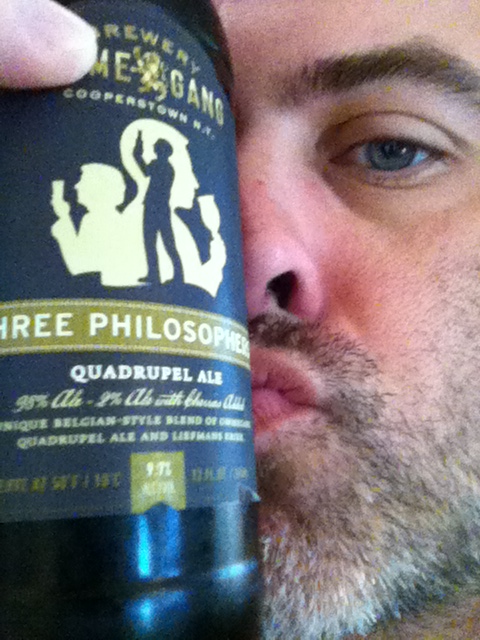 No BS lists. Just some memorable highlights for me and this blog from 2012.

I started a new blog. There are 30 articles already, but I've neglected it recently. Here's what starting that meant for DailyBeerReview.com. Back on the horse soon. Before I started that spirits site, I checked out the Miami Rum Renaissance, an event NOT to be missed, and coming again soon! And, um, a sample of $900-a-bottle Grand Marnier Quintessence? Hell, yeah!

I got to attend the SOBE Swine and Wine event thanks to my friend Gabriele Corcos from the TV Show Extra Virgin. Even the Mayor of Miami was cooking for me! I also continued to write for his UnderTheTuscanGun.com website all year. Check it out!

Had some amazing beer and beer dinner invitations. This one with Due South and another with Holy Mackerel at Anthony's stand out. And the Holy Mackerel and Florida Beer dinners at 5 Napkin Burger were awesome!

Beer Release parties? You Betcha'! How about Kentucky Bourbon Barrel Ale and Kona's Big Wave Golden Ale (Be sure to click on this one as I got a stand-up paddle board lesson from a professional in the Fort Lauderdale marina. And there are topless photos.)

Heck. How about a brewery grand opening. Welcome to the Neighborhood, Due South!

My sister got married so I grabbed a few local Atlanta brews. Oh, and saw my best friend from high school for the first time in almost a decade. The only sad part was there was no time for Brick Store Pub despite its extremely close location to our hotel.

I interviewed a Rock Star from the Bourbon World!

I hosted my own beer tasting with some friends. Lots of rookie beer drinkers enjoying great beer! I was also invited to a surprise tequila tasting BBQ by a friend of mine-spectacular!

I got invited back a handful of times to ByTheGlassShow for some excellent beer and spirits and conversation. How about this extravagance with Camus? And this with Cigar City and Phil P? And chatting about breweries that also run micro-distilleries?

I got all the new Dogfish Seasonal prints by Tara McPherson. And even held a contest after she was so generous to sign unused labels the brewery gave me. I think I'm in love!

I was given the opportunity to sample all of the Collesi beers from Italy, and the "funnest" part about the whole thing was having pictures of the brewery sent to me by owner Giuseppe Collesi himself!

I had a few trades, too, not much of a trader. But one local guy just contacted me and said, "I got Dreadnaught for you on a recent business trip." Nice stranger! Cool guy!

I was invited to check out Schnebly Redland's Winery and Brewery. Fantastic! If I ever get married again, it might be there. And I don't care if my relatives and friends have to figure out how to get there.

I had a bunch of more awesome guest posts! Very cool.

Finally, have a Happy New Year! Don't drink and drive! And let's toast to a great 2013!

I Love You Guys!