A couple weeks ago I got a phone call from a friend of mine in El Paso, wanted to know if I've tried any Jester King beers before. I let him know that I previously had Thrash Metal Farmhouse Ale and Black Metal Farmhouse Imperial Stout (don't make the mistake of confusing Death Metal with KISS, trust me).

Anyway, a few days ago, I got a package with four new wine bottles of Jester King beers. I tell you the gift story because I don't want you to think I abandoned my "Bomber Boycott" of large format beers based on their relative prices to bottled 12 ouncers.

I picked out Le Petit Prince Farmhouse Table Beer to drink first. The artwork on the front label is awesome. The Little Prince is so life-like and three-dimensional and colorful and crisp. Contrast that to my opinion of the Thrash Metal art and it's night and day. I can't believe they came from the same brewery. And I'll fill you in that all four of my new bottles have great art! 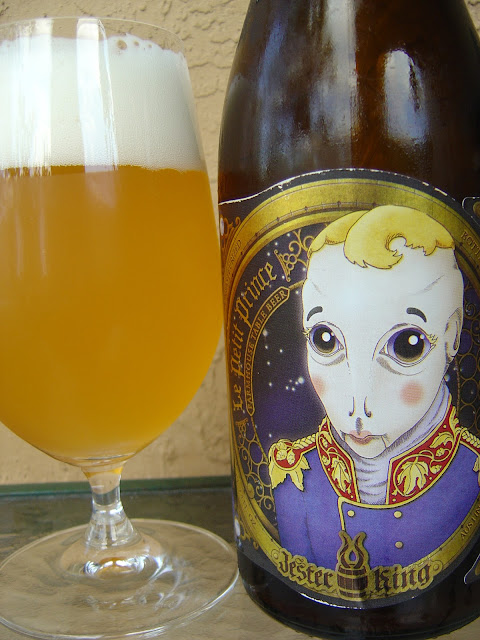 There is a story on the side, a little literary verse ending with the thoughtful conclusion, "maybe bigger isn't always better after all." I think what they are referring to is the fact that this is a table beer and only contains 2.9% alcohol, a relief from all the mega-brews being pumped out today.

The third panel on the wrap-around label offers the ingredients and some other information about the beer, including their own tasting notes. Serve 50-55°F. 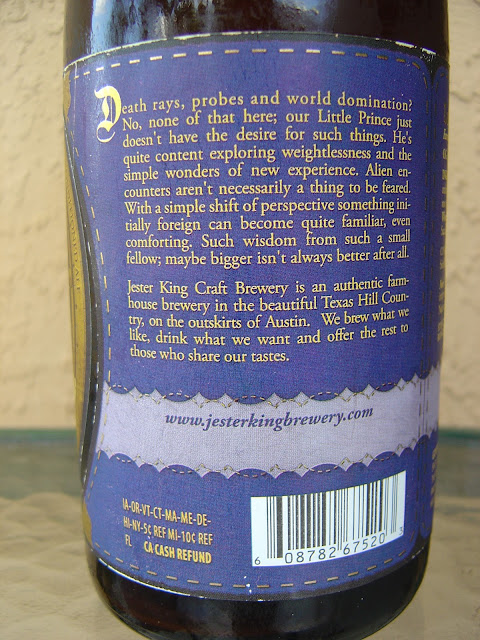 Nice head, and later lacing as well. Light, bright, lemony and tangy yeast aroma. Very pleasant. The flavors start out lemony and nicely hoppy with a sharp little citrus rind bite. Subtle yeast and faint hay come next along with some fruity apple and light tartness.

The body is on the low end, but this beer is anything but watery. Great carbonation and creamy texture. Leans perfectly bitter. Very refreshing, flavorful, enjoyable. Took me three pours to empty the bottle, the last being full of funky yeast. I didn't like that part, so I just skipped it. 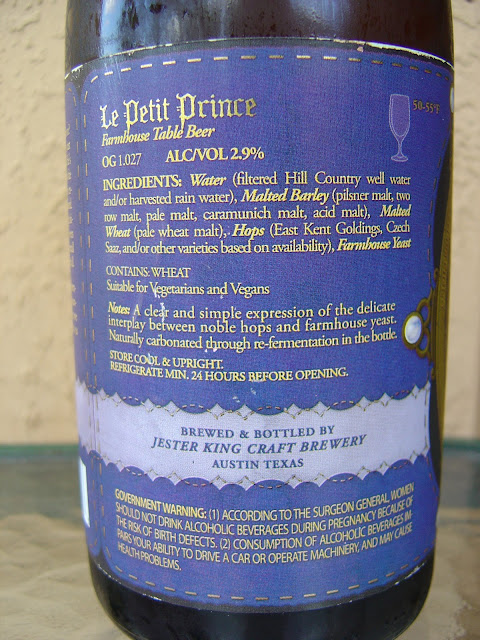 Posted by Beer Drinker Rob at 8:26 AM