Last night I was invited to the South Beach Wine and Food Festival. The Event was the Amstel Light Burger Bash hosted by Rachael Ray. Mmm. Love me some Rachael Ray! Basically, this was "Mega-Burger Fest" meets a Food Network Reunion on steroids! The event took place on Lincoln Road and the beach in Miami Beach, Florida.

First, a word from our sponsor: Amstel Light. Let me just say that though I had a few Amstel Lights, Amstel Wheat was the better of the two. Though I was mega-SURROUNDED by beer retailers and wholesalers, they were not sure if this beer is even available in South Florida. If it is, it's just on draft, at least for now. This review may make them rethink their game. 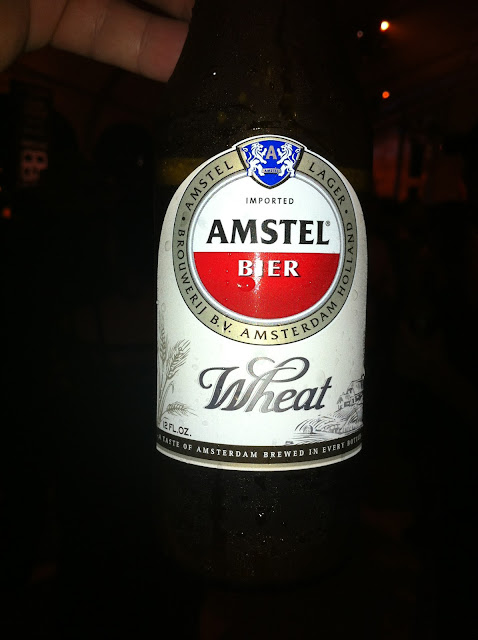 One downer: while I was standing right next to the Sandwich King for 10 minutes, somehow he was not there when I wanted a handshake and a photo. That guy kicks ass and was one of the big winners.

And one more comment here. Though I was given my ticket, I know they were several hundred dollars each. That should have easily covered a more substantial bathroom that didn't rock when people moved, was bigger, was cleaner and was more accessible. Think Cirque du Soleil by AA Arena kind of system please? Though the bathroom was terrible, I did somehow bump into Marc Murphy and Guy Fieri there. Go figure. And the small-talk was to die for. LOL. Here's a pic of the urinal system inside the Ritz Carlton lobby. Could have been used as a template.


I'm going to do a different kind of review somewhere else soon, with more pictures and info, including some of the burgers and participants and winners, so check back and I'll link it here when it's done. But for now... 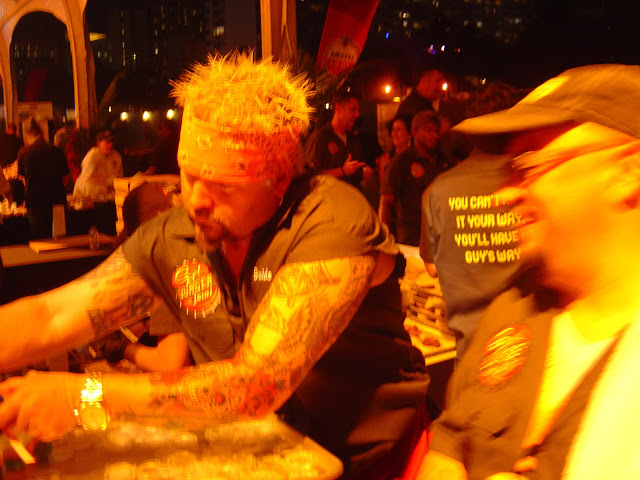 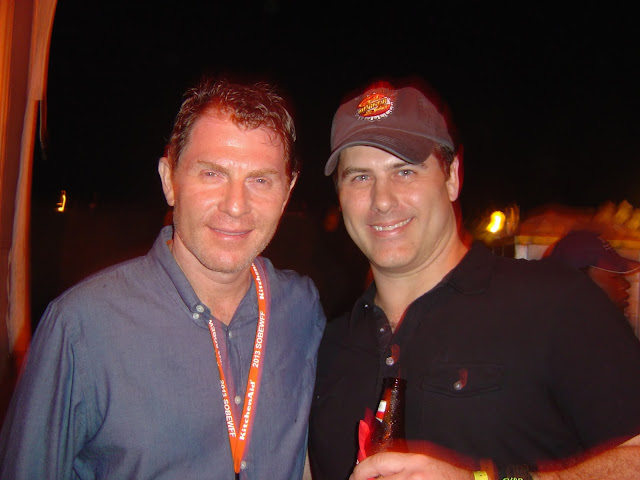 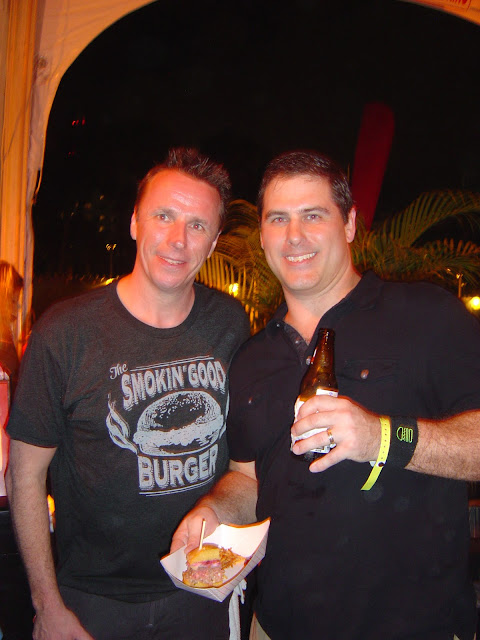 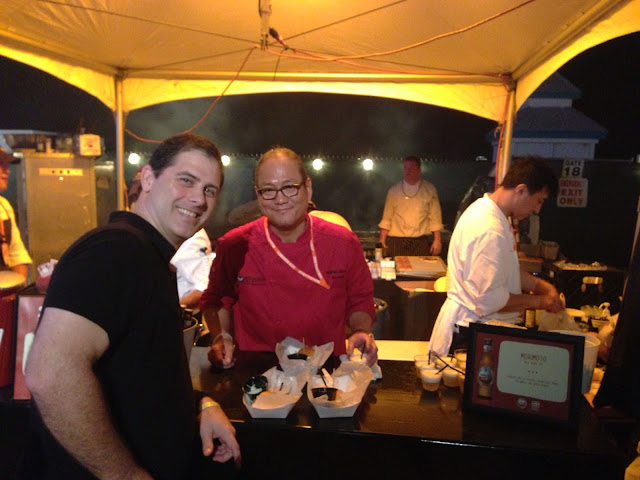 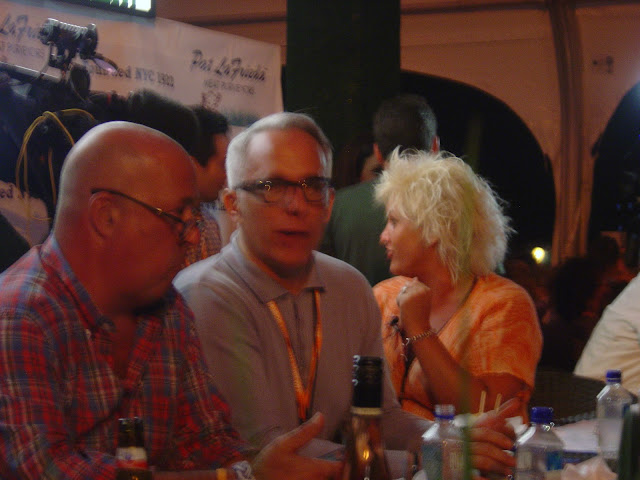 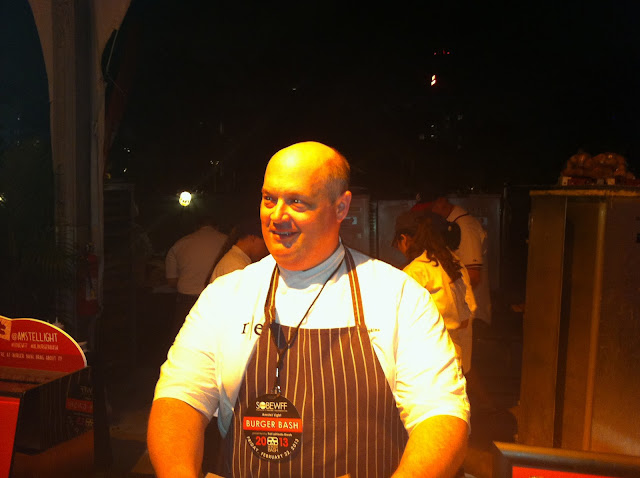 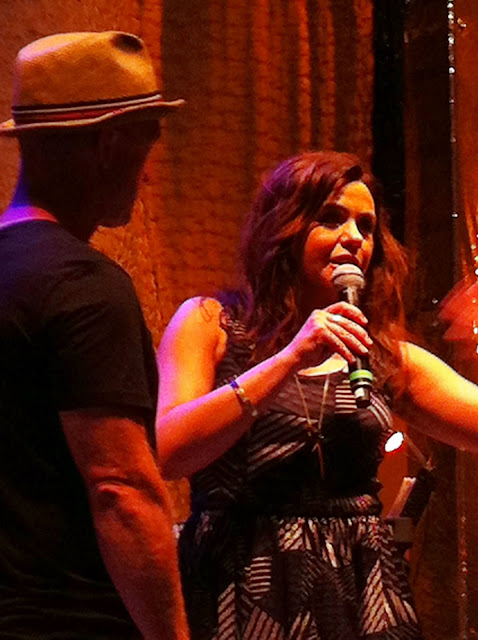 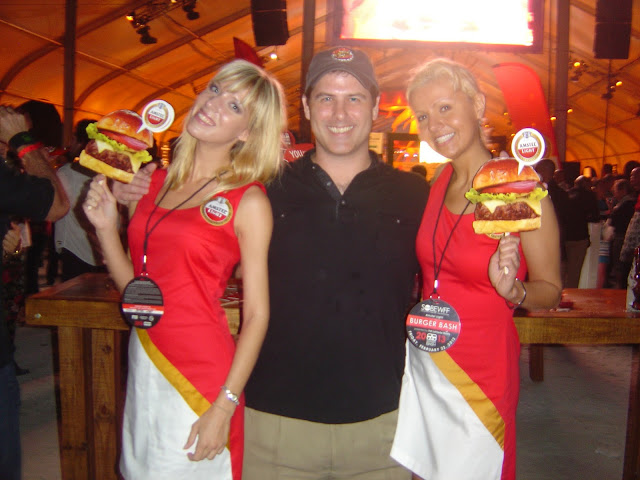 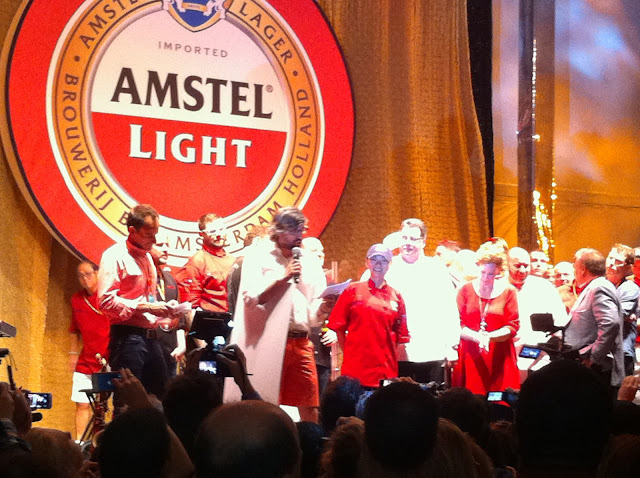 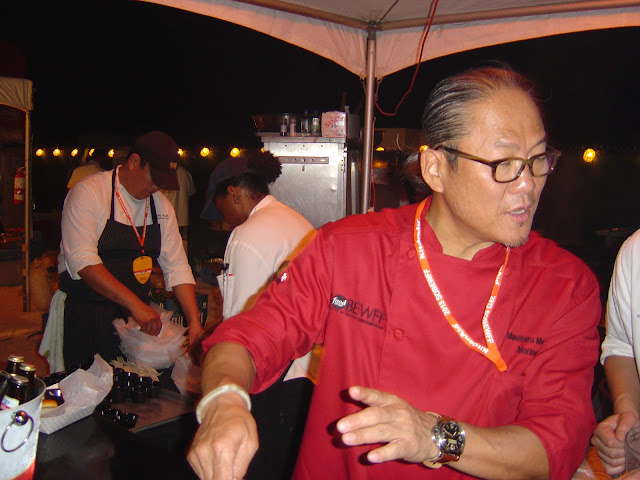 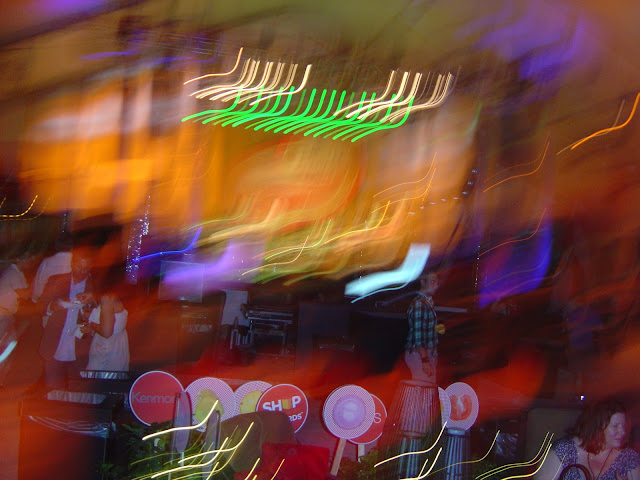 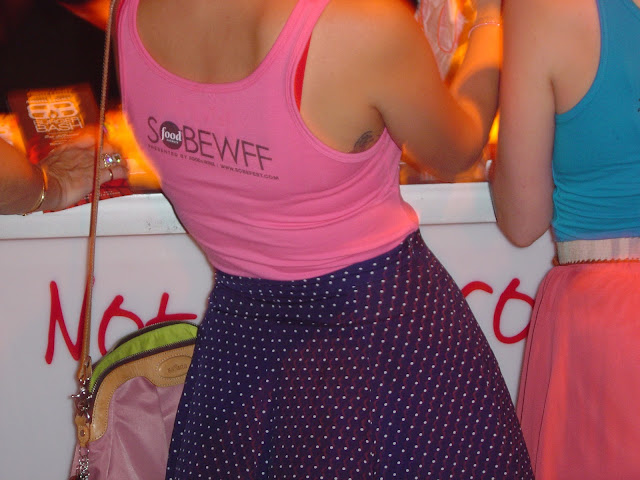 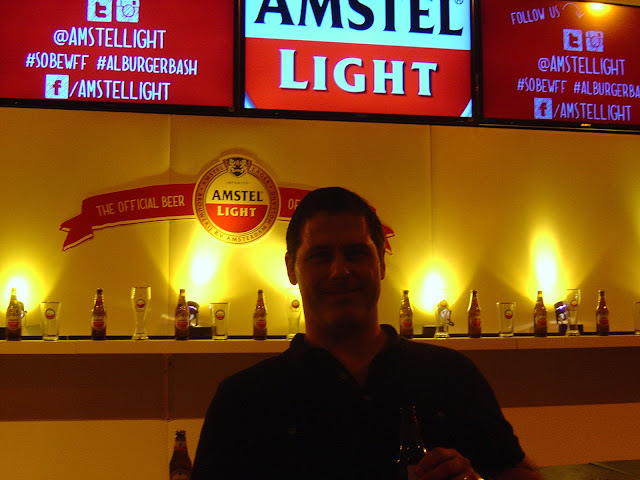