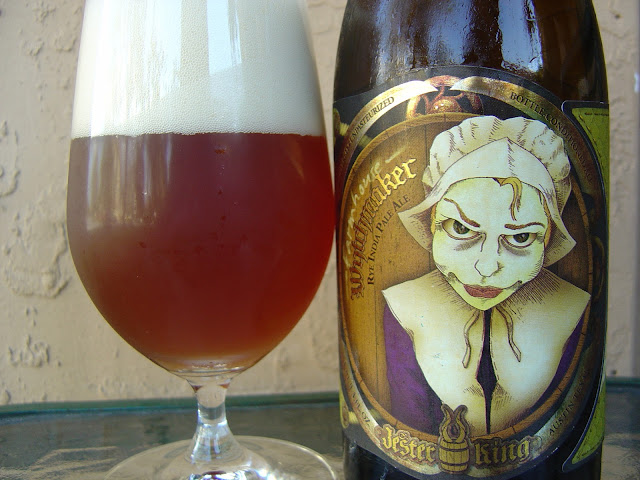 Today's beer is the second of the four Jester King beers that my buddy in El Paso sent me a few weeks ago. Le Petit Prince Farmhouse Table Beer was most enjoyable. I decided that Wytchmaker Farmhouse Rye India Pale Ale was a good choice for today. Let me first say that the art on this wine bottle is creepy as hell but totally kicks ass. The Witch, dressed as if she were from Salem, has amazing facial features and eyes that look right through you. The colors are amazing and the shiny foil accents really make this art come to life in full 3D!

The story on the side starts with the Salem Witch Trials, moves on to this beer inspiring you to "think about your own transformation ...[into] a free thinker, someone who speaks their mind". I've always had trouble saying what I think and often spend time being a guinea pig, so hopefully I'll get some good karma here. OG 1.060; 7.0% alcohol; and all the other ingredients are on the label too (see picture at bottom). 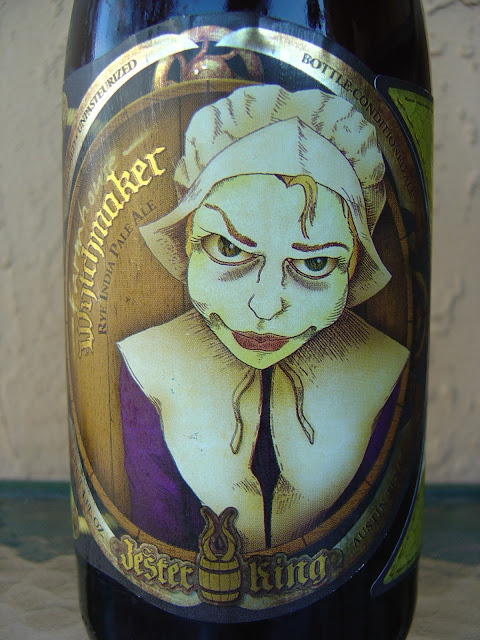 Big fluffy head which receded VERY slowly. That gave me plenty of time to read and re-read all the panels on the wrap-around label. Nice lacing, too. Citrus and pine aroma with layers of spice and yeasty funky hay.

Orange citrus flavors meet some rye spiciness followed by a yeasty funky flavor and texture that takes over through the finish. It's all about the hay and sweat socks! Earthy, a little herbal and black peppery. There is even a touch of sourness after a few sips when you start to sort through all the flavors.

It's IPA v Saison in an epic caged-match battle. You can totally taste the two distinct styles competing yet trying to be one. I personally would love to try this with a different strain of yeast, no farmhouse yeast. The rye is great. But I find the yeasty funk and texture to be a bit overwhelming for the IPA flavors. And holy dryness, Batman. I have some serious cottonmouth right now. In the end, I wanted more refreshment as well.   The beer was good and I like to try different things, but it wasn't a favorite beer of mine.

Hey, did you see what just happened there? I finished the wine bottle, minus a significant amount of gunk at the bottom, all the while being inspired to be a free thinker and speak my mind. Thanks, Jester King! 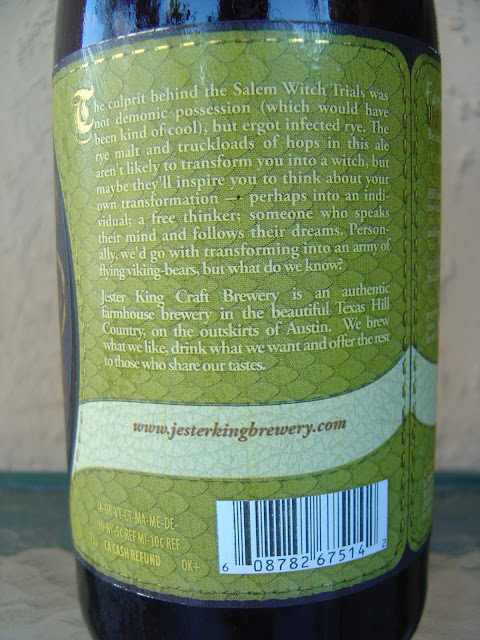 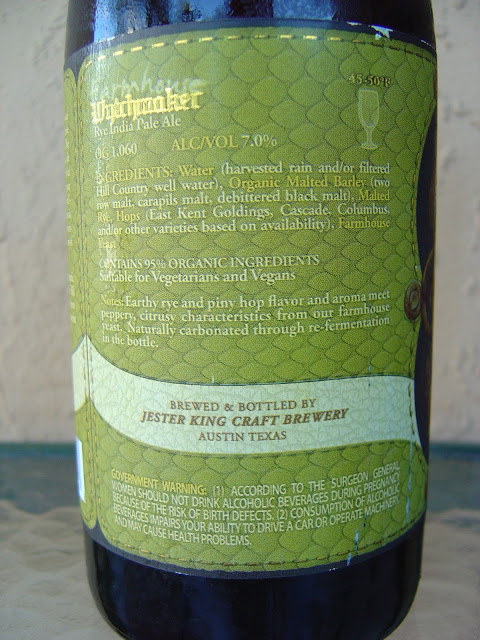 Yeah, after I tried it, I was looking around and saw the "non farmhouse" version mentioned a few places, but that it was now retired. Guess a wine bottle was just too much for one person, LOL.