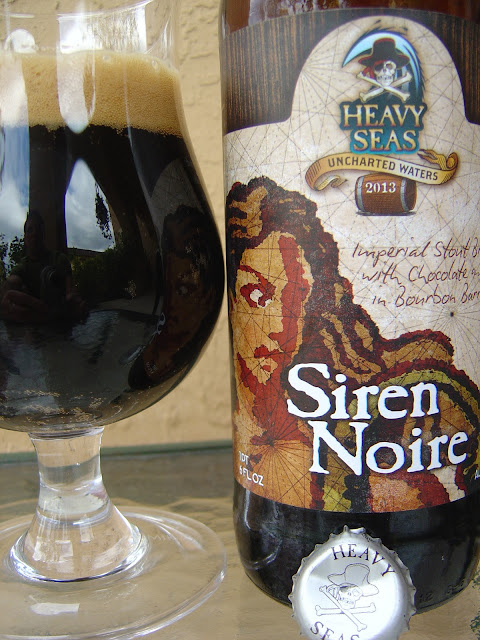 Clipper City Brewing in Baltimore makes some terrific beers. I LOVE their Loose Cannon IPA! So when I saw Heavy Seas Siren Noire on the shelf and it was also recommended by the distributor's rep, I decided to give it a shot,  despite its $7 bomber price tag (that's a $22.91 six pack equivalent). Apparently, this beer was changed a little for 2013, tripling the amount of chocolate, adding vanilla bean, and aging in bourbon barrels for three weeks. The beer is part of the Uncharted Waters Series.

Not sure who the long-haired goddess is on the label but I'd like to meet her. There is a story on the side panel about the beer and what to expect based on what the ingredients. Another panel talks about their Uncharted Waters series, which explores aging beer with different types of wood.

Well, the aroma is definitely chocolaty! A light fruity cherry and coffee also come across on the nose, though no scents are very powerful. But... HELLO CHOCO-BOURBO flavors! Chocolate is really prominent and the velvety texture is to die for. Bourbon flavors are also very prominent.

Not sweet and even a little hoppy profile. Another plus is that there is no asshole roasted bitterness in this beer. Plenty of wood and vanilla with hints of coffee espresso, all working really well together. Though the boozy bourbon flavors really stand out, the 9.5% alcohol is not annoying at all. Nice body, nice complementary flavors. I'd check it out again for sure! 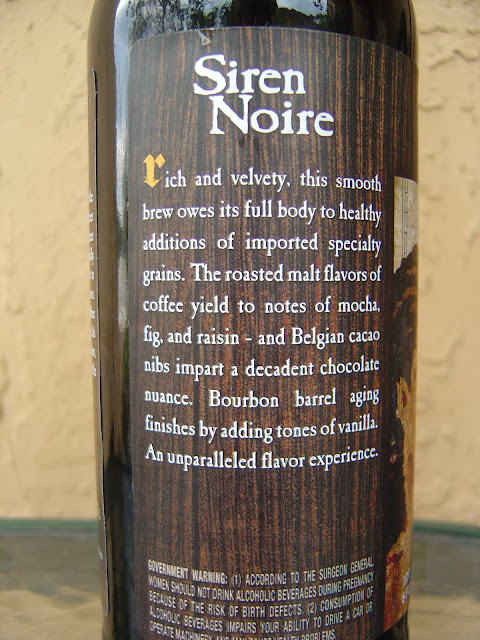 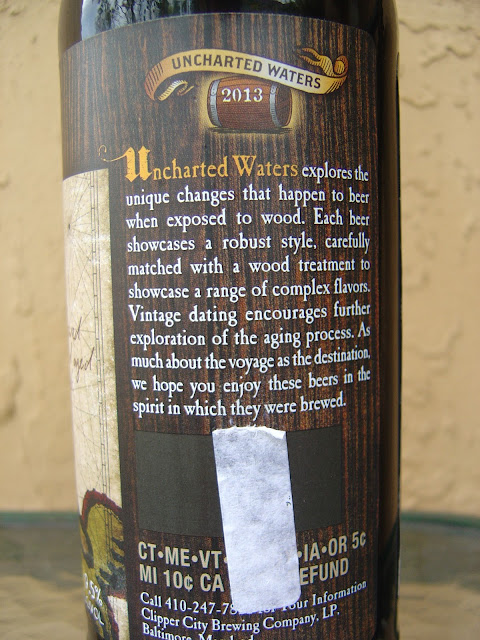 Seems like a great beer. It's sad, when I see $7 for a bomber, I generally think to myself I'm getting a good deal. Obviously not!

That's what they want you to think. The dilemna is that many bombers are not also bottled in 12's, so you've got to choose what your own personal line is.

I've railed with my #BomberBoycott but frankly I need a "sponsor" to help me stay clean. I have been better though skipping anything over $10.