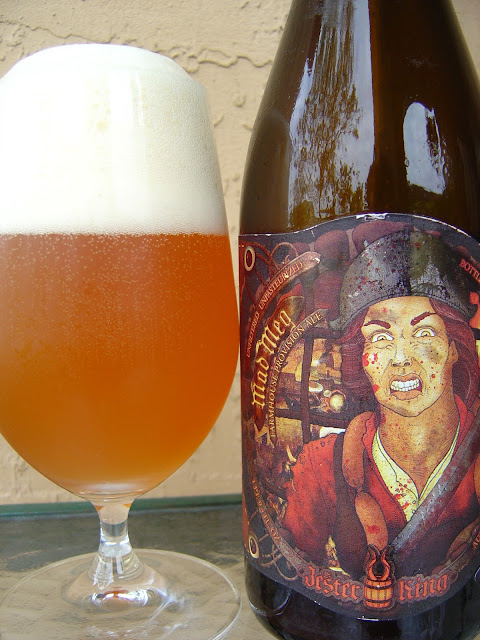 Volume 3 of the beers my buddy in El Paso sent me: Jester King Mad Meg Farmhouse Provision Ale. This is a wine sized bottle, as usual. The label art is excellent and depicts Mad Meg, a character from Flemish folklore that was said to organize and lead an army of women into Hell to pillage it! Meg has been busy in this scene, as she's donning her sword and is splattered with lots of blood.

The story on the side of the bottle continues the tale above, after Meg has returned from Hell.  "To Hell with..." a lot of things! Anyway, the story is very interesting (read below) and was also the subject of a 1562 painting by Pieter Brueghel the Elder named Dulle Griet (translated Mad Meg). The final panel on the label tells you the ingredients and a little about what to expect in the beer.

Despite a careful pour, I almost lost the head over the top. Good thing it was a little clingy. Nice aroma. Fruity apples and even bananas with plenty of spices and yeast and funk.

Holy wow! Very tart with acidic sour apples to start. Quite shocking. Also noticeable right from the start was a thicker than expected, even lightly syrupy, consistency. So yeah, along with that you have some major yeasty farmhouse and funkiness going on. After a glass you get a little used to that tartness but not all the way.

Spicy black pepper and cloves along with a prickly carbonation really give your palate a work out. There is a faint sweet malt in the background, not really enough to offer much balance to the sourness. And beyond the sourness, there is also a definite hoppy bitterness. Next up, 9.6% alcohol, very prominent, boozy and (almost) got an alcohol shiver.

Not soft or light or delicate as I was hoping, though the label does say to expect an "assertive beer". Definitely hit the nail there. The flavors are there but are not really cohesive and are a bit all over the place. Oh, and the alcohol too. I'd pick another Jester King bottle when you're shopping. 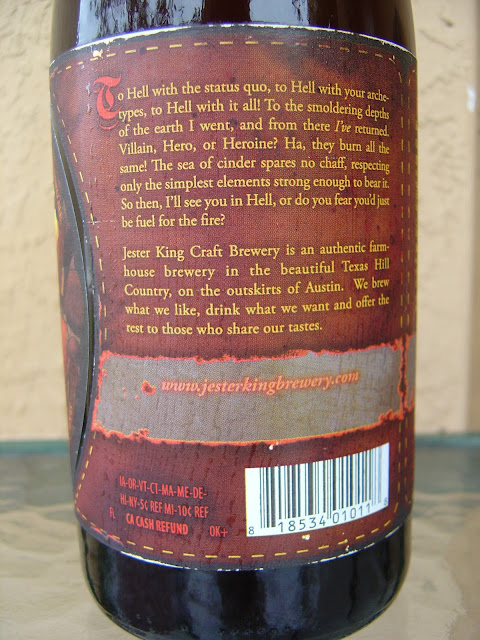 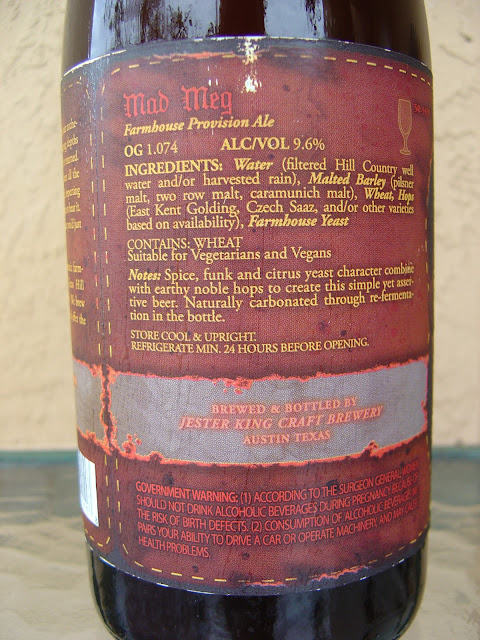