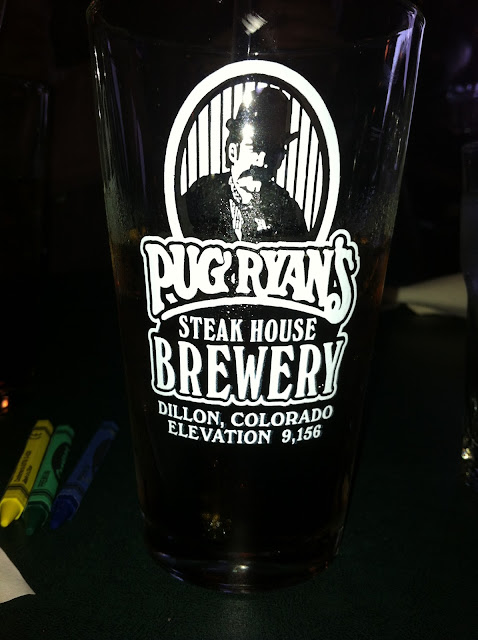 While out on vacation in Colorado last week, my wife celebrated her 24th birthday (I might have gotten the numbers reversed). My parents, being parent-like, took the family out for dinner to celebrate at a place they go to every year there: Pug Ryan's Steakhouse and Microbrewery in Dillon, CO. I actually had no idea it was also a brewery before I called and made a reservation a few hours in advance, so that was a huge bonus.

When in Rome... I ordered the Prime Rib. Oh, I forgot that the first question was if they had a beer sampler, which of course was a rhetorical question/simultaneous order. Their sampler included a pale ale, wheat, pilsner, Scottish ale, and a choice of one of the other six beers. If I have one complaint, I'd have liked the option to have 8 or 9 on the sampler (or the waitress to upsell me to that "super-sampler" option). Yes, I'm aware that I could have ordered two samplers and tasted them all, but we didn't and that's Pug Ryan's loss. 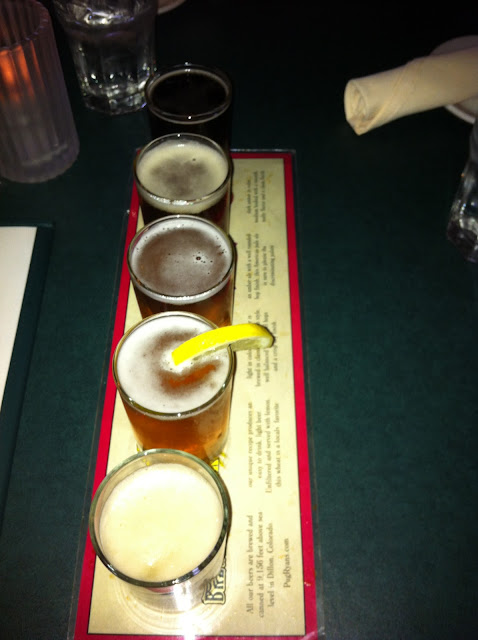 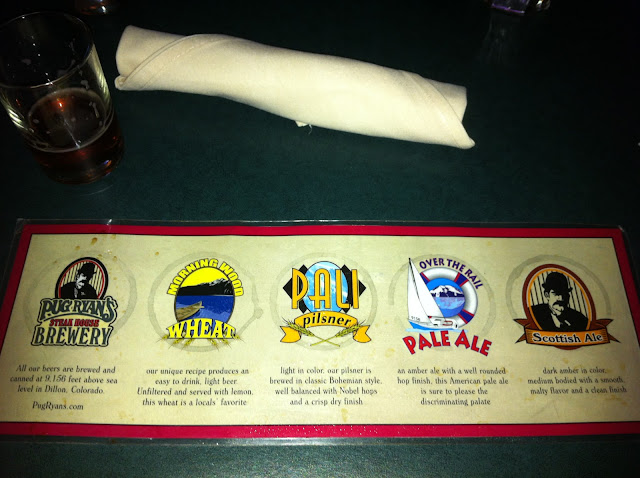 Anyway, I chose the Brain Teaser Barleywine as our wild card beer. I enjoyed all of the beers, and this barleywine turned out to be my favorite--really nice rich caramel sweetness with spicy balance and a good dose of boozy warmth! My mom liked the Scottish Ale the best and my wife the wheat. My dad isn't much of a beer person and his comments surrounded the "negative" citrus and bittering effects of hops, LOL.

Since I didn't get to try all the beers in samplers, I ordered a full glass of Gorilla Vanilla Stout with my steak. Nice chocolate and vanilla flavors with a full dose of rum. You can also easily pick out the addition of Frangelico that they brew the beer with. Very interesting and unique and I did enjoy it. 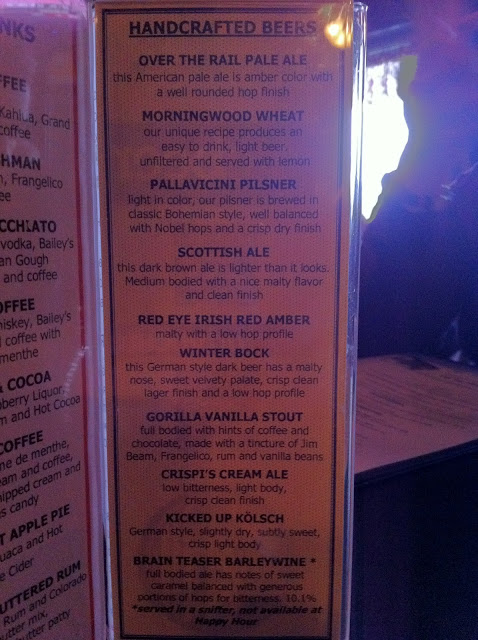 As for the experience, the food was pretty good. Not the best prime rib I've ever had but it was tender and moist and the au jus and horseradish were perfect with it. The staff was very friendly and helpful and prompt (it was busy). The decor was a little much, slightly cluttered, with skis and snowshoes and steer horns and fish and blankets and banners on every wall. It would have been nice if the fire was roaring as well, as their website suggested. Rather, the wood in the fireplace sat idle and unburned. And it was definitely a "roaring fire" kind of night as it was snowing like hell outside.

Overall, the beers were all solid with a few standouts. My family had a fun time trying some new beers, and the food was very good. I think the prices were average to a little above average, but again, daddy paid the tab. I'd check it out again next year if I go, and my parents are pretty much evangelists so expect to see them if you're in town. Nice job, Pug Ryan's! 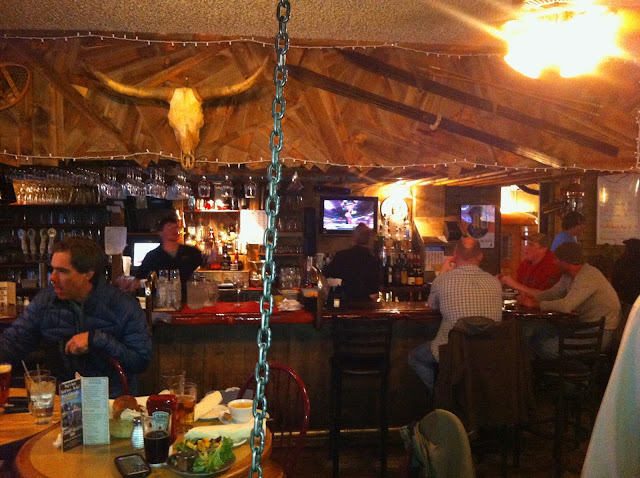 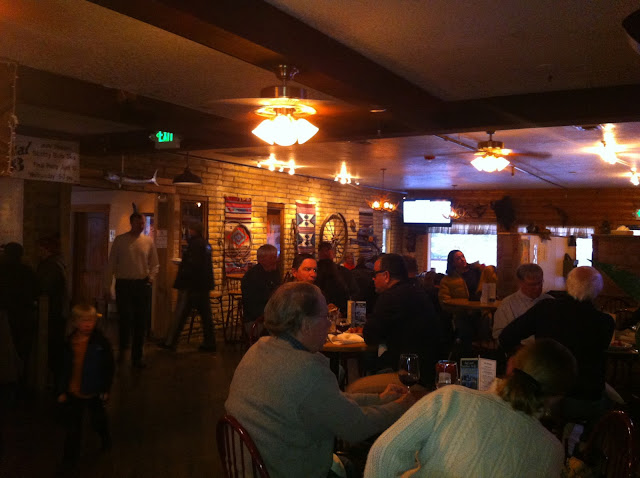 Pug Ryan’s Brewing Co., situated in the heart of downtown Dillon, has been in the craft brew business since 1997, well before the industry started on a nationwide boom. Like its eponymous outlaw, Pug’s has always been a little bit scrappy; in 2003, it became only the second craft brewery in the state to put its beer in cans, and it did so use a manual scanner that took three people toiling away at levers to operate. microbrewing equipment