St. Patrick's Day! I'm on the slopes in Keystone, Colorado. A few weeks ago, a local guy named Heath (that I probably should have met by now) sent me a guest post that I decided was most appropriate for today, considering the holiday. Don't drink Green Beer! Heath sent me this bio... 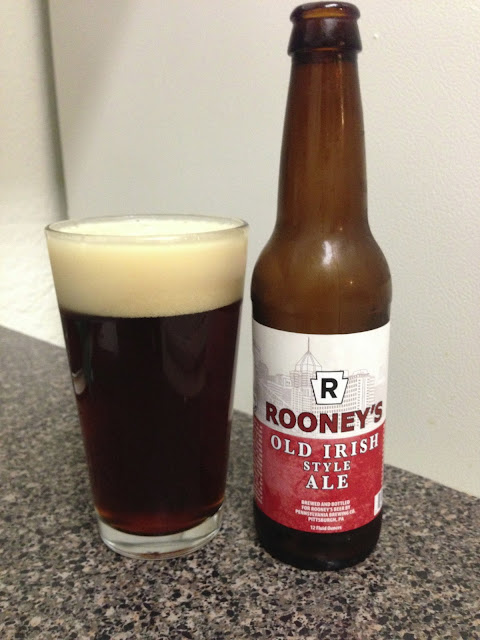 About three weeks ago, my girlfriend and I went to Artigras in Jupiter, Florida. I hadn’t been in years but we had a lot of fun, ate great food, drank some cold and forgettable beers, and I spent way too much money on artwork and photos for my home. A fresh beer was in order, and a trip to Rooney’s Pub in Abacoa (Jupiter) led me to discovering their own beer, Rooney’s Old Irish Style Ale, and it’s a blended red and amber ale.

This was my first trip to Rooney’s Authentic Public House in Jupiter, but I used to hang out in their western West Palm Beach location a lot a few years back, and my friends and I used to hit their former Clematis Street bar all the time in the late 90s. So I was excited to return and watch the Florida Panthers, who incidentally gave up a lead to the Tampa Lightning and lost. Sigh...

Anyway, Rooney’s is promoting the heck out of their own ale, and the deal was $3 for a bottle. I gave it a shot and the server brought out a cold bottle. The front is a simple ‘R’ and the name of the beer, along with an illustration of downtown Pittsburgh. The side of the bottle talks about the history of the Rooney family, with a little picture of ‘The Chief,’ the patriarch of the family. It discusses their love of Pittsburgh and the Steelers, and a brief explanation of the ale. It also discusses how they blended an ‘Irish style Red Ale with an American Amber Ale.’ It’s brewed and bottled by the Pennsylvania Brewing Co. in Pittsburgh. 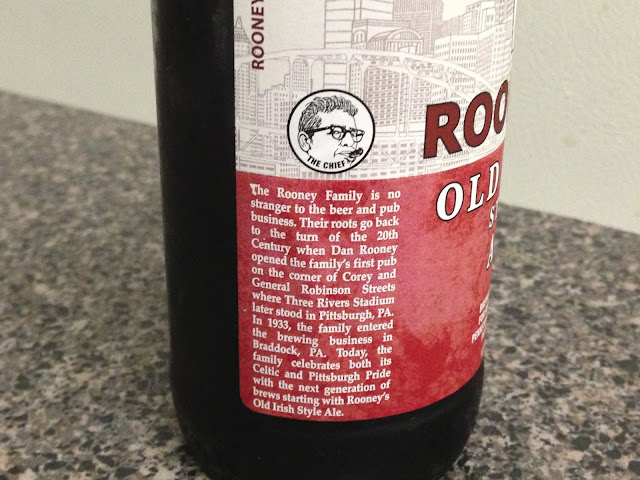 I poured it into a chilled glass, and it’s indeed copper to dark red in color as the bottle states, and I can smell a little bit of caramel, hops and malt. The first taste is bitter, but there’s no bad aftertaste, and after a few more sips, the bitterness goes down. It definitely has that classic ‘microbrewed taste,’ which my definition is that it’s not an average beer, like one that rhymes with ‘ludweiser.’

I finished the beer over lunch, which included beer cheese soup made with Rooney’s Ale and a shepherd’s pie. Not too bad of a lunch, pretty good day with my girlfriend, and I enjoyed their beer enough to go to my local Total Wine and grab a bottle to review.

Rooney’s Old Irish Style Ale is pretty good, and I’ll give it a 7 out of 10, mostly because of that bitterness. I’ve gotten into red ales of late, and had some good ones over at my local World of Beer. I recommend having a cold Rooney’s, especially if you just dropped too much cash on something you didn’t need. Find out more at http://rooneysbeer.com/rooneys-old-irish-ale. 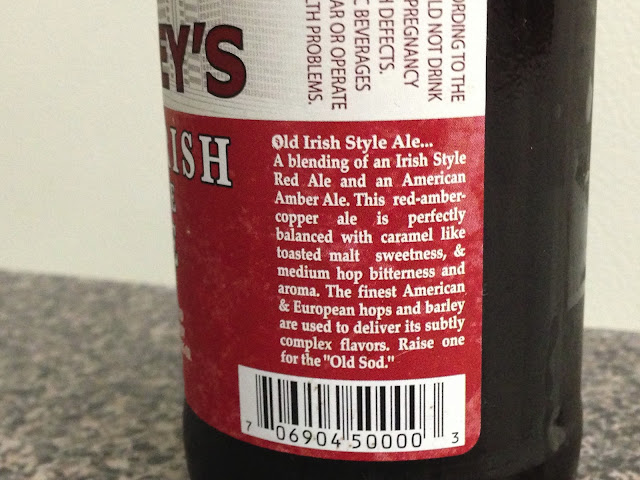 Posted by Beer Drinker Rob at 8:41 AM