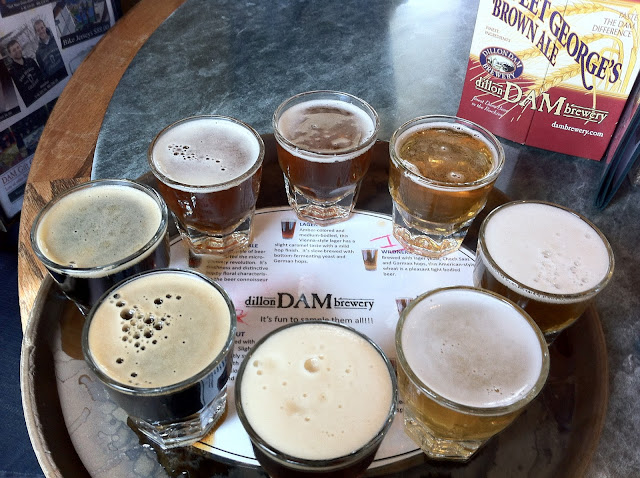 Last week I was on vacation in Colorado. A guy on Twitter from the area recommended a visit to Dillon Dam Brewery, so the family and I decided to give it a shot. It was busy so we had a few minutes to look around. Upstairs, you got a lesson in brewing and could see all the tanks. They had pool tables and an open view of the lower level bar. They also had a tribute to their former brewer Matt Luhr that died unexpectedly several years ago.

That's when a glass of green beer caught my eye. I had completely forgotten it was St. Patrick's Day. Anyway, I was just hoping that I wouldn't see any green beer in front of me.

Dam this, dam that, lots of dam puns all over the dam place. A dam little bit overdone if I do say so my dam self! Don't forget your Dam Cold Beer on the way out, either (see pic below). OK. We were seated and I immediately ordered the beer sampler which included eight four-ounce beers, including all of the ones on the crappy picture at the bottom below except the Porter. My parents, wife and I had a fun time tasting all of them while we waited for our order to be prepared. 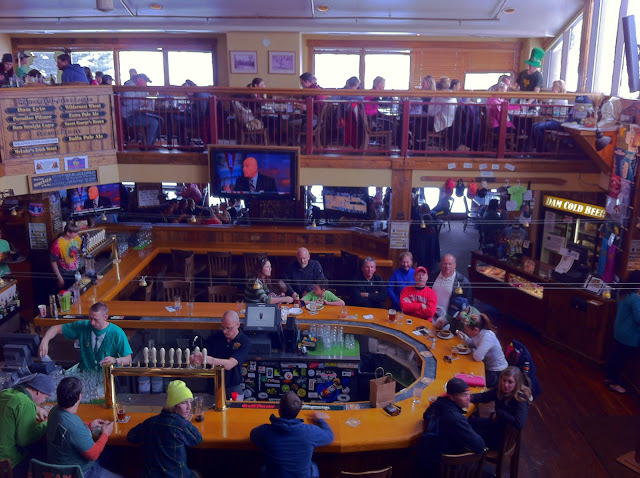 I enjoyed all of the beers, though my favorites were the Pale Ale and the IPA, unsurprisingly. Those were my dad's least favorite ones, and it was funny to see him bitch about the grapefruit and citrus juice bitterness. His favorites were the Dam Straight Lager and even the Dam Lyte version. "Now those are beers!"

My mom decided Sweet George's Brown Ale was her favorite while my wife liked the Wilderness Wheat best, but not enough to order a full glass (because of the calories, LOL). She proceeded to order the Zurich Burger which probably can't be considered a diet-conscious dish. 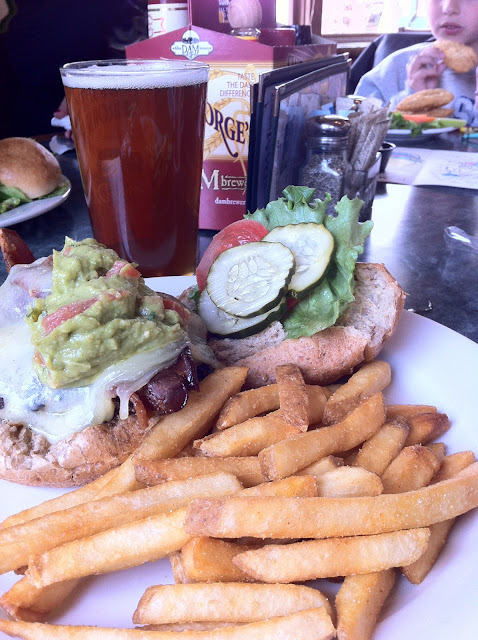 Service was great. Food was really good. All the beers were nice (And none were green. I guess you had to ask for that). And Dad picked up the check. I'll certainly be going back next time I'm in town. Check it out, Dam It! 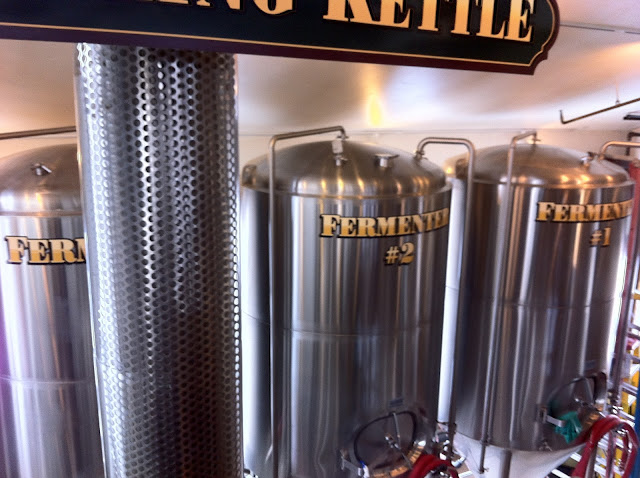 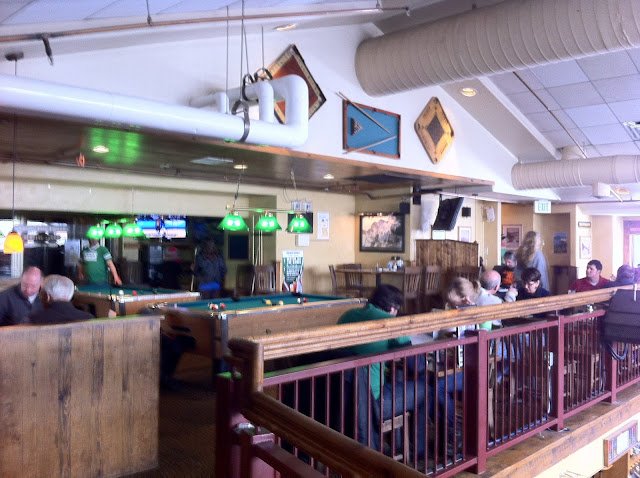 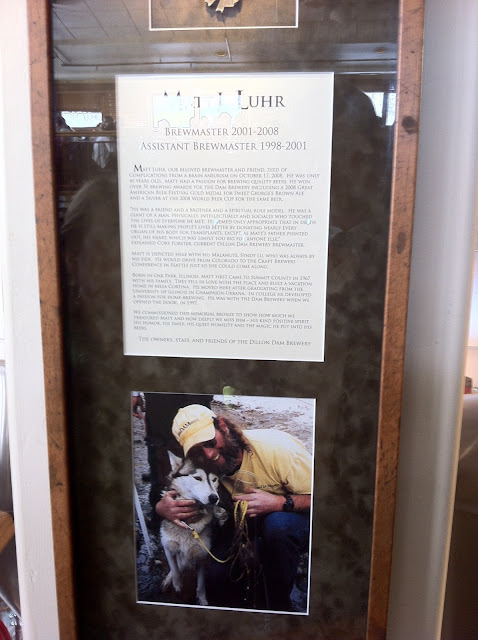