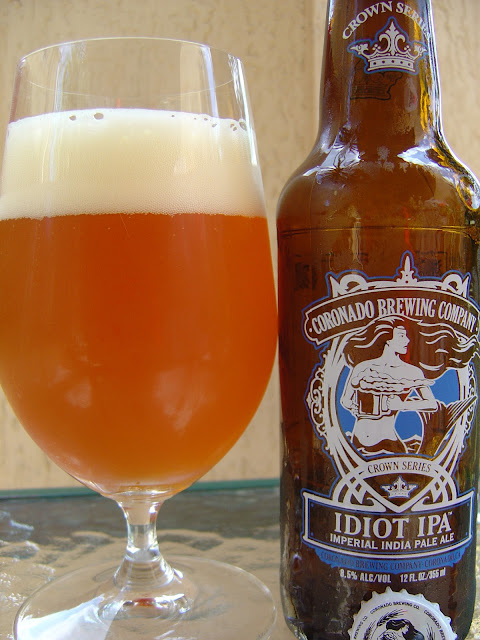 There's another new brewery distributing to South Florida. I recently grabbed an Idiot Imperial IPA brewed by Coronado Brewing Company in Coronado, California. This is a member of the brewery's Crown Series. On the front of the bottle, there is mermaid holding an enormous mug of beer. On the back, a story that explains the "Idiot" is like an opposite-day joke. "A stupid amount of hops" was used to brew this "highly intelligent brew". You get the idea. Not only are the jokes a little Stonesque but so is the bottle design, right down to the cadmium-containing, prop 65 knowing, colored painted bottle decorations.

Nice fruity aroma, apples and peaches, along with some floral and honey sweet scents. Sweet tropical flavors are highlighted by juicy mangoes and cantaloupes. There is a little pine and citrus answer but mostly just a persistent soft peppery bitterness.

Fresh baked bread and caramel swing in a little more sweetness before some pine and citrus peel flavors start to build up. Also toward the end, there is an oaky type flavor with some woody dryness. The 8.5% alcohol also adds a little bite and more dryness at the end. 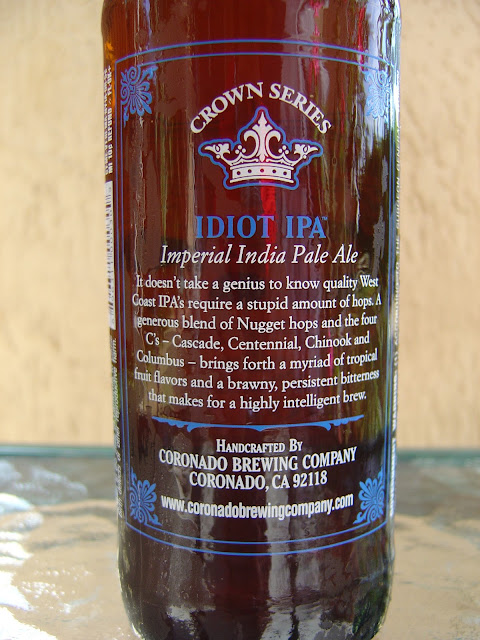 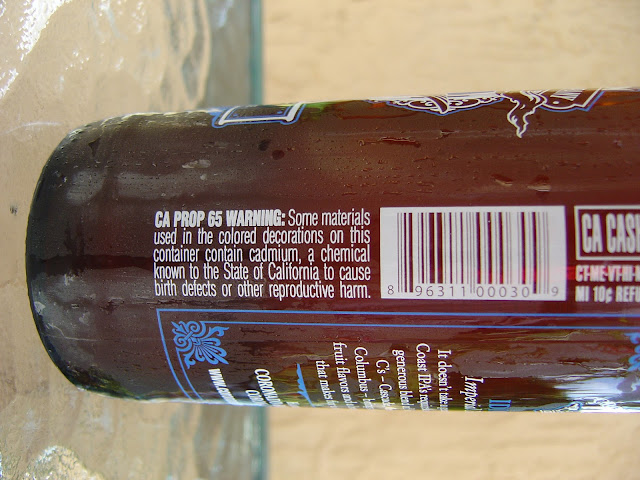