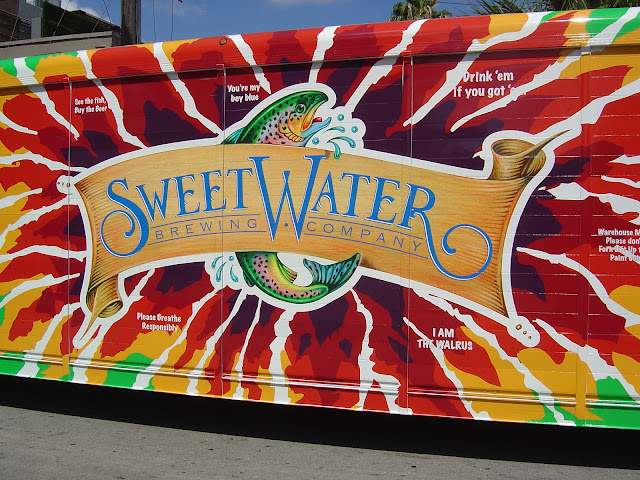 You already all knew that SweetWater Brewing was arriving this month in South Florida. In fact, I saw their initial three beers delivered just yesterday at MY Total Wine. Last month, when I first mentioned the intent of SweetWater to distribute beer here, the brewery still didn't know which distributor would be responsible for carrying their brand. That, my friends, is what yesterday's party was all about!

A few weeks ago, a buddy of mine from Gold Coast asked if I'd be interested in attending the SweetWater launch party at Revolution Live in Ft. Lauderdale. Yep, Gold Coast won the distribution business of the brewery! (BTW, Gold Coast also just launched a really cool Facebook page called SFLonTAP, a hub for all things beer in South Florida, which you should all "Like" or whatever it is you do on FB.) 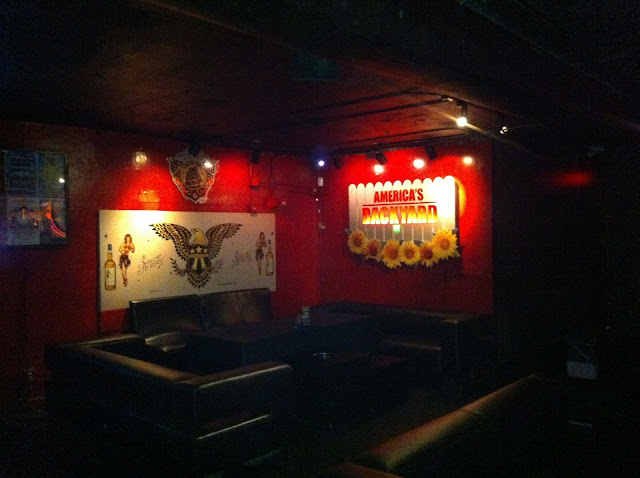 So apparently this party was going to go down at 4:20. Like, duh! I toke (I mean took) the afternoon off from my paying job to attend (yeah, I got a haircut too, but 4:20 isn't exactly a good time for me). I arrived early, around 3:30 (you hear that, Miami) because I knew there would be some issue. There was definitely no issue finding the place with the huge SweetWater trailer in front. But WTF is up with the private lots next to the venue? The parking spots are numbered but somehow you're supposed to pay the attendant who is not there? Or put coins or dollars into some board slot game and push them through with a key? Let me repeat WTF? Grow up technology. Ask the 30 Gold Coast guys in the lot what they thought of the system. I drove 5 blocks away to a real city lot, not some bullshit scheme crap.

I was told this was at Revolution Live AND America's Backyard. They are next door to each other, and I just followed the pack of Tie-Dyed bodies to the party. Each Gold Coast employee had on a special blue tie-dyed SweetWater T-shirt. Needless to say, I stuck out with my red polo shirt on. Anyway, I snacked on tortilla chips and "Franks in a Blanket" which were labeled in case we weren't sure (see at the bottom for proof). 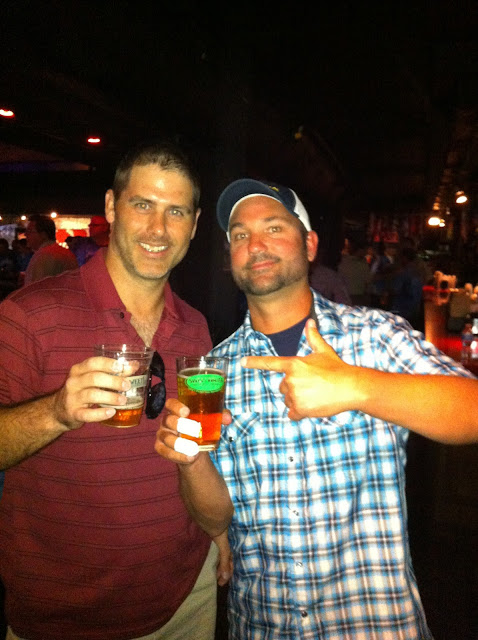 Not much later, I found myself chatting with the guys from the ByTheGlassShow over a few 420 Extra Pale Ales when SweetWater's founder Freddy Bensch walked in. No entourage, just a cool guy that looked like he was happy he made it at 4:10. Whew!

We chatted a bit since I was prepared and knew some facts about his background. I never did get to ask the question about opening a second brewery in Colorado where he came from (you know, because of the pot legalization and all). We posed for a few pictures, and after all was said and done, I ended with a standing invitation next time I'm in Atlanta to be taken to the Clermont Lounge. Freddy mentioned that the bras hanging from the bar at Revolution reminded him of the place, so I guess there's some kind of nakedness there? 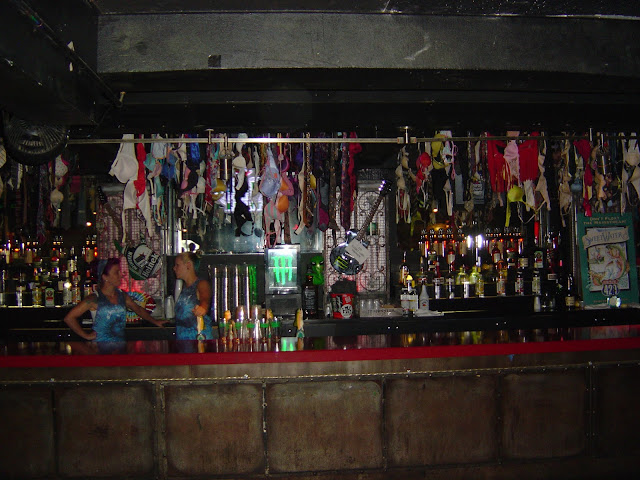 And I might take him up on the offer. My sister lives in Atlanta. Heck, she even served SweetWater's Blue at her wedding reception. Here's a cool picture of a bottle from that day--look closely (picture below), the historic Callanwolde Mansion is reflecting in the top of it!
There were at least 100 Gold Coast Employees there, all celebrating the launch of SweetWater and winning the account. We were told just how quickly Gold Coast was able to get the first three beers into the South Florida market. In just 4 days, SweetWater was in 80% of on-premise target accounts, and using Publix as an off-premise example, SweetWater's 420 and IPA were in 86% while Blue was in 71%, and only because they ran out of stock. That comment left Freddy Sch'weating. 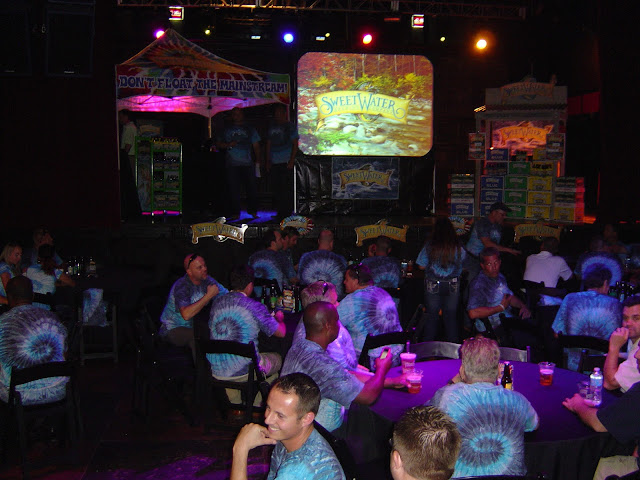 Freddy made a toast at 4:20 while I was double-fisting 420s which was perfect. After downing that beer and a few more, Freddy along with Director of Marketing Steve Farace, Director of Sales Dave Guender and newest sales leader Seth Herman led us in a presentation about the history of the brewery, including a recent recount of how Gold Coast went from "low on the list" to "earning the business, hands down." Freddy said he was so impressed with their presentation that he felt SweetWater needed to "up their game" during the process.

Freddy started in the industry with Boulder Beer Company washing kegs in the early 90s. After a visit to Atlanta for the Olympic games, he decided to stick around and open his own brewery. SweetWater Brewing, named for SweetWater Creek, was founded in 1997, when the brewery was on the outskirts of the city where the only things you could buy nearby were "beer, hookers and crack. That first month we sold seven kegs. We also drank seven kegs, but we were really excited!" The brewery moved to Atlanta in 2004, and they've undergone a major expansion in the past few years, the reason they are now able to sell to the demand in South Florida.

For now, we have 420 on tap and 420, IPA and Blue in bottles. But I was told we can expect that core line to be expanded over time, with more beers on draft and seasonals to follow. I had to leave just as the presentation was ending, but I had a great time and am excited to have these beers in our market. 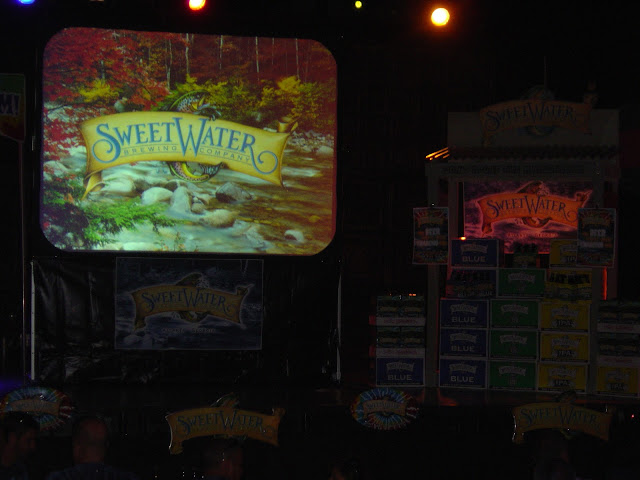 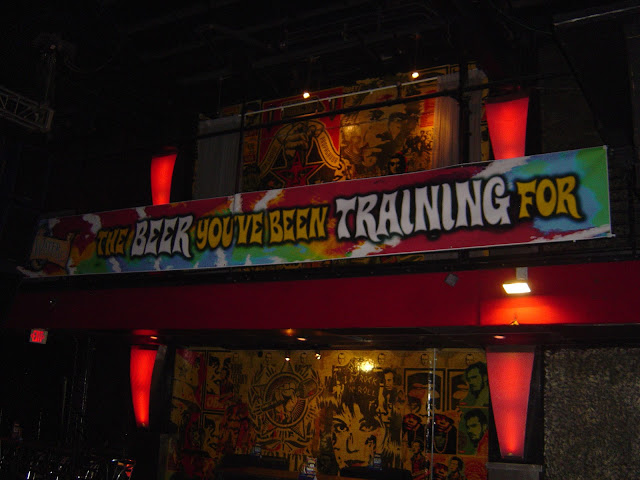 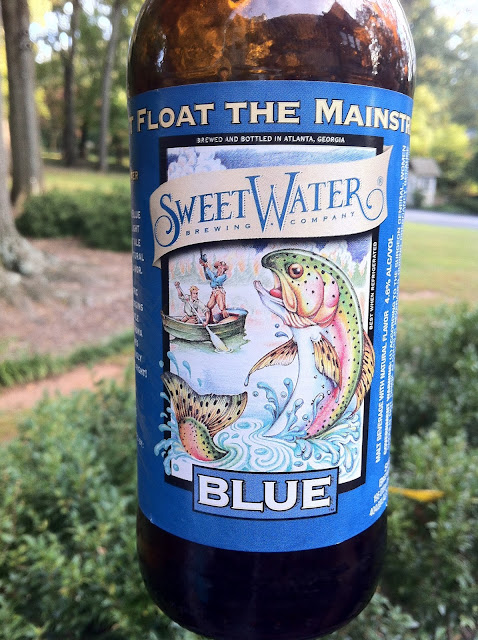 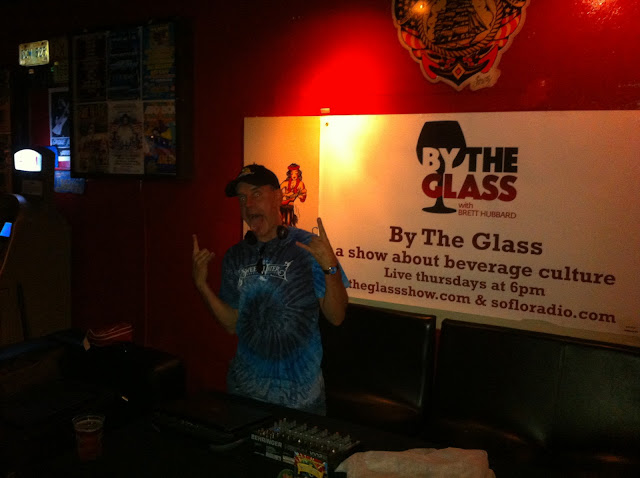 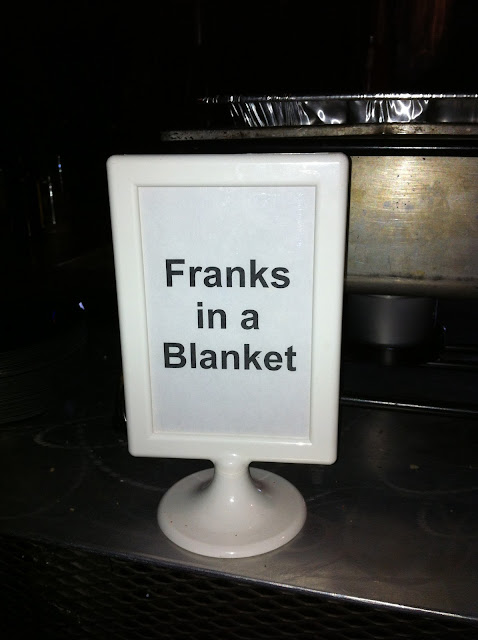 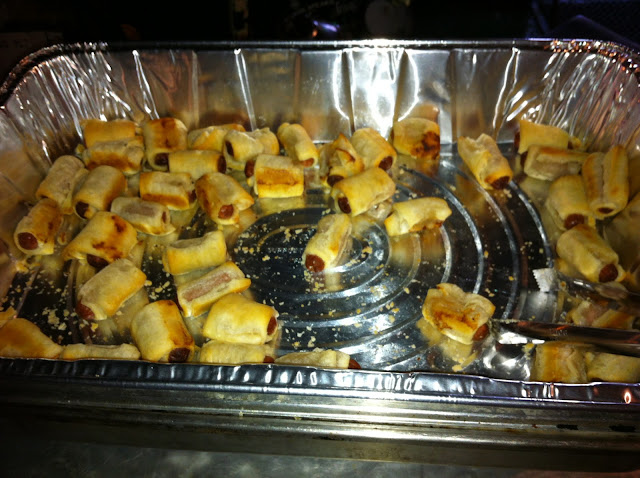