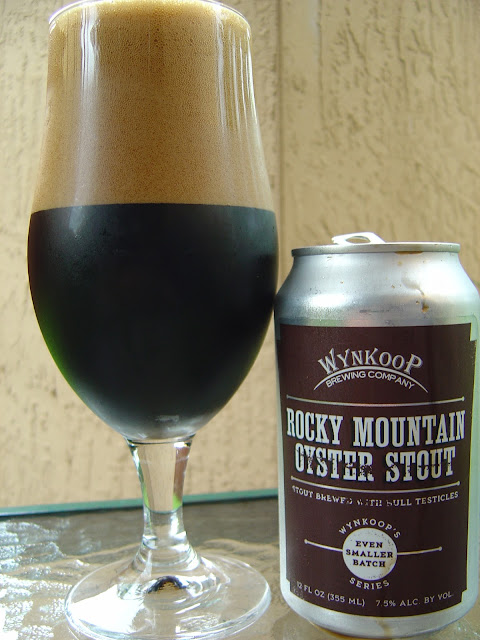 So I did this trade not too long ago with a guy in Colorado, and he decided it was a must to try Wynkoop Brewing's Rocky Mountain Oyster Stout. This beer, part of the brewery's "Even Smaller Batch" series, is not your ordinary American Stout. Nope! It's brewed with bull testicles! As the story on the back of the can states that I should be expecting "a luscious, uniquely ballsy stout with notes of roasted barley, coffee and nuts." 7.5% alcohol.

Rob Burr said I was trying a "Rum With Balls" just a few days ago so I figured I'd give the Beer With Balls a shot today. I was sure this was going to be flat based on the sound opening the can. I poured vigorously and to my surprise, enormous head. Great aroma of cocoa, sweet caramel and coffee. The chocolate and caramel continue into the flavor profile with some roasted coffee and a hint of vanilla.

At first, I thought I was convincing myself about a salty and savory flavor that I detected. You know, had to be the balls, right? But I'll be damned if that flavor didn't persist throughout and even build as I drank the beer. Yeah, it was a little out of place, but what's a brewer to do when roasting up bull balls for his brew?

Anyway, NOT NUTTY at all as the can suggested. If they can make a wishful thinking joke, I can certainly have a comeback right? Creamy, good carbonation, good body, nice flavors. There is that strange token flavor, but not bad for what is surely a novelty beer to remember. Check it out. 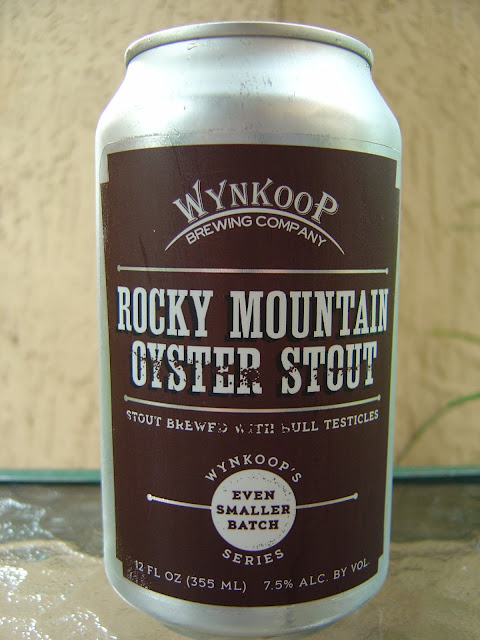 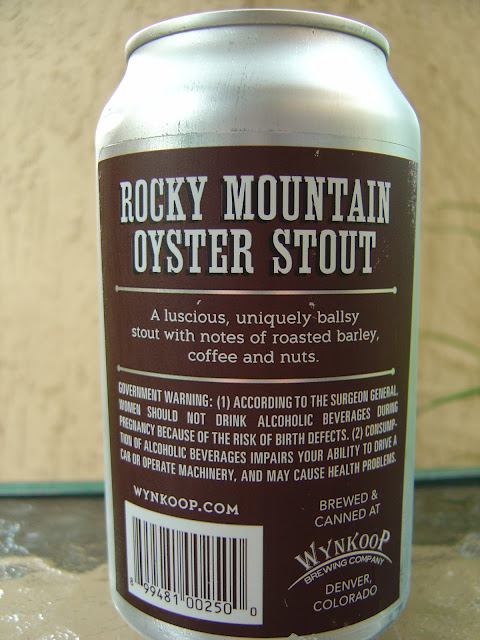 Posted by Beer Drinker Rob at 7:33 AM