By The Glass Show: Kombucha Spotlight 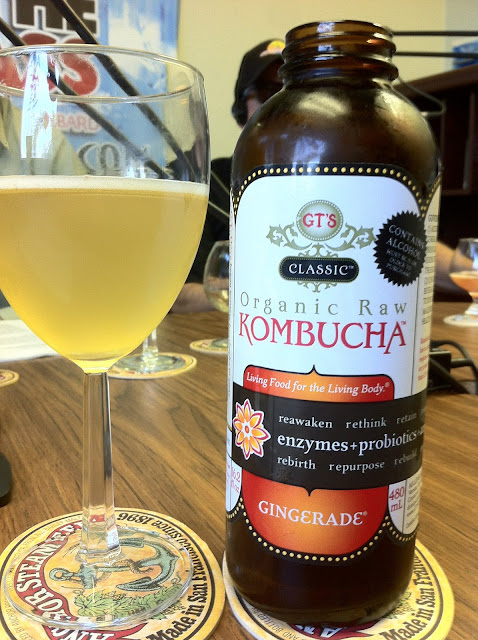 I was invited to the new studio of ByTheGlassShow in Downtown Hollywood, Florida for this week's show about Kombucha. Seriously, I'm not sure I've ever heard that word before in my life until earlier this week. Also, this part of Hollywood was perfect!
Kombucha is a fermented tea beverage made with a SCOBY (Symbiotic Colony of Bacteria and Yeast) and sugar and sometimes fruits or ginger, etc. The alcohol content ranges from 0%-2%, though there are now some Kombucha beers (which we didn't try) that have 7-8% alcohol. The plan for the show was to try a few of those kombucha beers from Unity Vibration Kombucha in Michigan, but unfortunately, there was no way to get them, at least in time. So we tried three alternates from GT Kombucha.

On the show was local craft beer expert and Kombucha brewer Chris Montelius. Chris has been selling craft beers in the area for over six years and found Kombucha attractive because of his love of sour beers. Not loving the local price of Kombucha, he turned to brewing at home, a self-Kombuchery!

We all poured a little JD to get the tea sampling started. Chris really educated us with a lot of knowledge on this beverage. Tea is fermented by adding sugar along with the SCOBY. The SCOBY's yeast turns the sugar into alcohol, and the bacteria eats the alcohol and makes acids. Some Kombucha from each batch is saved to make the next batch. Also, according to Chris, the bells and blessings and vibrations used by some are optional in Kombucha making.

I picked out a first Kombucha to try. Right about then, guest callers Tarek and Rachel Kanaan from Unity Vibrations called in and told us about their history. They told us how they themselves were hooked on the Kombuchas from GT and that's what got them started. They currently distribute their Kombuchas in 12 states with two others coming soon.

We tried GT's Trilogy, Maqui Mojito and Gingerade. We also alcoholized them afterward with more JD. They were all similar, though I think the one with ginger was the best. Sweet and tangy sour with a semi-dry finish. The bigger (non-yeast SCOBY) floaties were a little bit of a turn-off, even just watching it in Jorge's glass. I don't know... I'm not really sold on this beverage. Was interesting to try though and learn about, and as they say, "you always remember your first".

Oh, and thank God for the enzymes and probiotics in it! 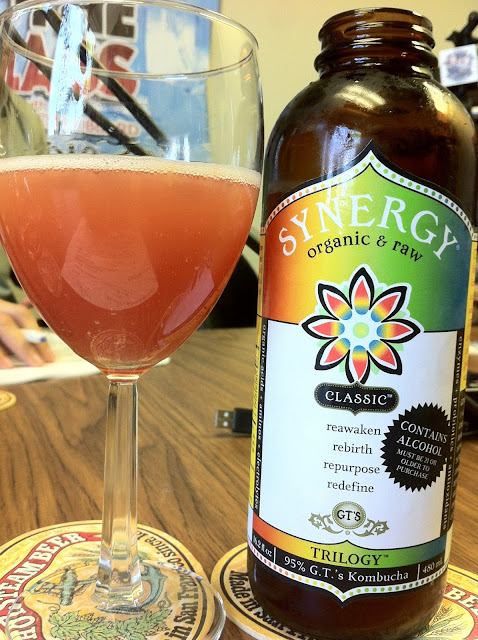 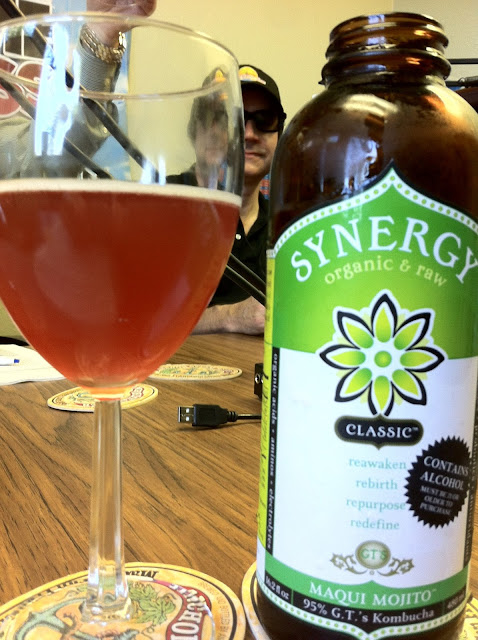