Last night's By The Glass Show featured the recently opened Wynwood Brewing Company. Founder Luis Brignoni and Assistant Brewer David Rodriguez were in studio to tell us more about the brewery, and I was invited back to heckle the gang. Like many professional brewers, both Luis and David got started with home brewing. Luis said he dad bought him a Mr. Beer kit and David founded BREW FIU while in college.

When Luis decided to take the plunge and open up a Miami brewery, he chose Wynwood for a few reasons. The community is know for its art and graffiti, and Luis thought establishing a craft beer presence there fit nicely into that type of neighborhood. It's affordability and ties to his Puerto Rican heritage were also influences that locked the decision. And from what both Luis and David said, they made the right decision. The community is very supportive of its businesses.

It didn't take long before I butted into the conversation to suggest opening the first growler they brought (the brewery is draft only for now). We started with their blond ale known as La Rubia. Jorge jumped all over this one. I think he was in love. This was a very flavorful beer. Nice toasted bread and caramel sweetness with a hoppy balance and dry finish. Very nice.

Brett asked the guys a little more about the brewery. Wynwood has seen a revival in the past several year. Businesses are opening and a lot of that has to do with the artist movement. Graffiti is prevalent and little galleries are opening up. Wynwood Brewing's tap handles and offices are inspired by the craft and artisanal things around them, and they feel a part of it with their own crafting of beers.

Next up, Pop's Porter. This beer is named after Luis' dad who helped him open the brewery and does a lot of operational type work for them. We were told this one would definitely be on nitro in the taproom once they navigate those legal hurdles. Lots of roast, a little chocolate sweetness, which contrasted nicely with each other. Seemed a little flat to me--I guessed because of the travel and growler, but I think David said they ran out of gas right as they were finishing it (or something like that, LOL).

Wynwood IPA smelled awesome. We were told that Wynwood Brewing would be known for using a lot of hops and said Columbus was a favorite variety. Luis called this "an IPA drinker's IPA". The orange and lemony citrus from the aroma translated right to the flavors. Herbal, tangy, yet still well balanced. Probably my favorite of the night.

Finally, we got to try one of their seasonals, an Imperial Marzen dry hopped with fresh Citra hops and named The Stiglitz! The name comes from Inglorious Bastards, so you fans probably get the joke. The freshness from the hops showed through, and the rich caramel was very flavorful. You could feel a bit of the 7.5% alcohol as well.

Luis and David made a point of talking about how the community of professional and home brewers in South Florida has been super supportive and helpful for them. The Halkers from Due South helped teach them some bookkeeping tips, Ryan from Funky Buddha was mentioned, and apparently for beer and lunch, you can hire home brewers to keg for you! They said a bunch of other names and examples that I missed, too!

Most of their beers are still in Dade County, though more and more accounts are opening in Broward and north as well. Their Brewmaster Naga Reshi is apparently experimenting with some wild yeasts, so be ready for some surprises. Finally, go to the Grovetoberfest Festival on October 19th and say hello (I think I might be there too). They will be pouring Pop's Porter and The Stig!

Sorry most of my pictures are a little blurry (you should have seen the crappy ones I deleted), but you've come to expect some duds every now and then! 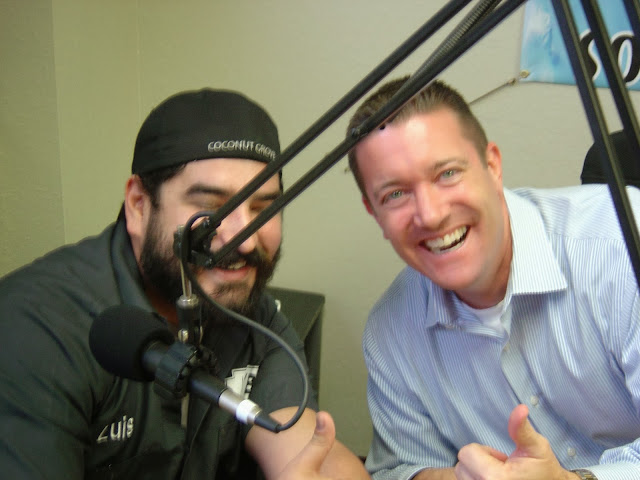 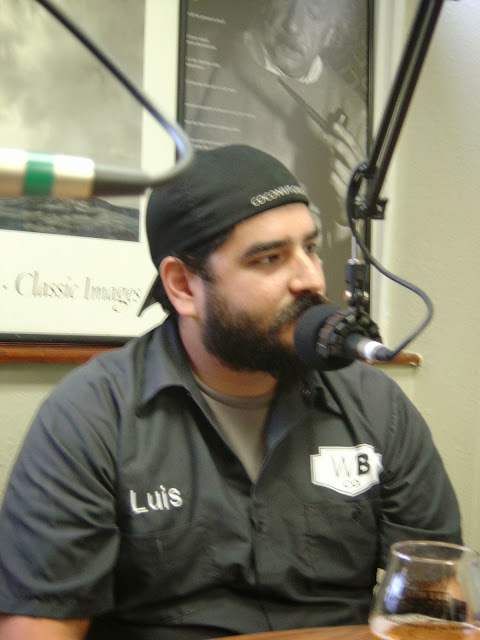