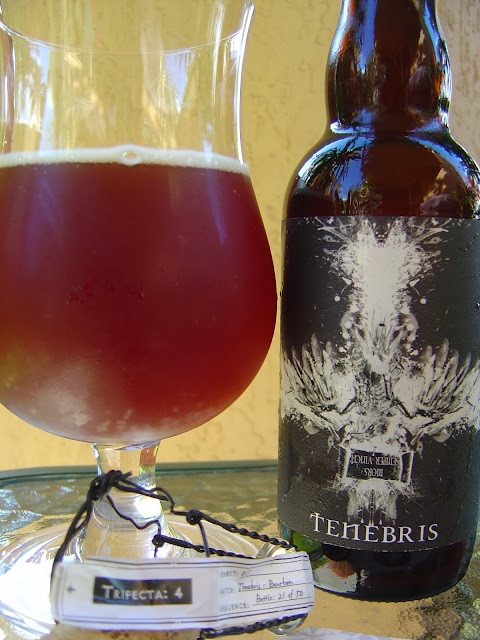 So the guys at Adroit-Theory (soon-not-to-be-home) Brewery recently sent me three bottles of Tenebris, their English Barleywine from Trifecta 4 in their series. One bottle was the base beer while the other two were aged in Bourbon and Gin barrels. Pretty cool, right? Well, not cool that the regular version popped its cork in the UPS truck, but who hasn't done that? But let me tell you that the box smelled like Heavenly cardboard when opened. Made me excited to check out the two other variations.

I decided on Tenebris Bourbon which is Ghost 015. I happened to receive bottle 21 of 50. Talk about limited edition. They make more limited edition Ferraris than this bottle! Corked and caged. Holy Shit I never had to use so much effort to get a cork out in my life. Cork was like Kryptonite against my pliers! Food pairings on the label, too. Serve 52° - 56°F; ABV 11%; IBU 85; SRM 13. 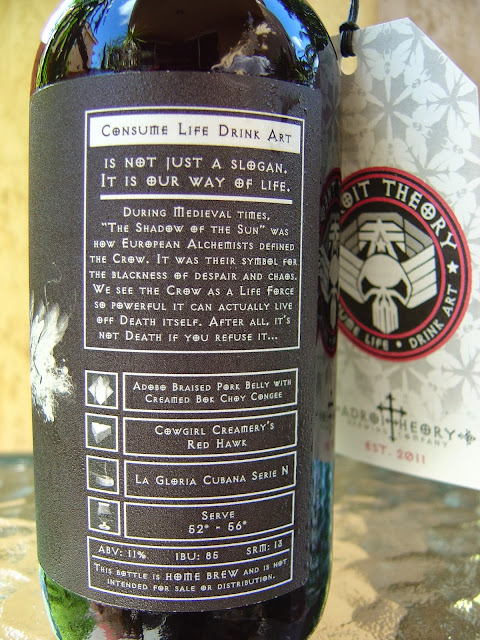 The story on the side, the one about the medieval crow being the symbol of darkness and chaos and despair, yeah that! These guys say they actually disagree completely and feed off the crow because they refuse death! Tenebris literally means "darkness," and I'm not sure they just mean no sunlight but also include some underworld kind of stuff. Which brings me to the label art. It took a lot of drinking to figure it out, and I'm still not sure I'm right. I think it's a pissed off upside-down crow, very abstract. I finally turned the bottle that way because the Latin phrase Mors Semper Vincit, meaning Death Conquers Everyone, was also upside down. These guys are hard core!

I read 11% alcohol. No way, Jose! The alcohol is noticeable as it accentuates the other flavors and makes the lips a little tingly, but if it's really that high this is one dangerous beer. Creamy, silky texture, rich flavors, great body. I also enjoyed it even more as it got a little warmer. Definitely a favorite from Adroit-Theory. 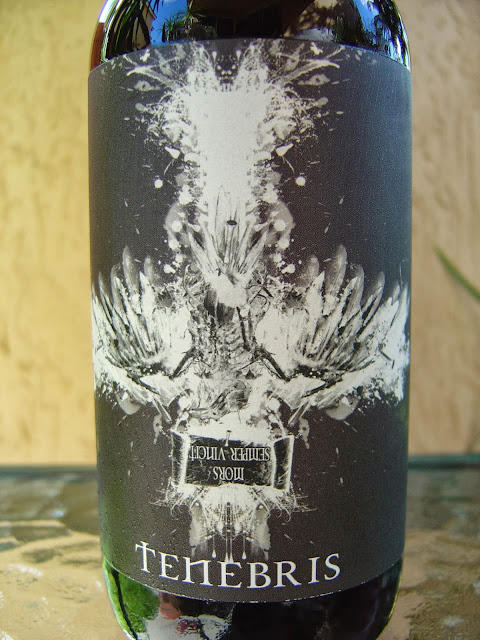 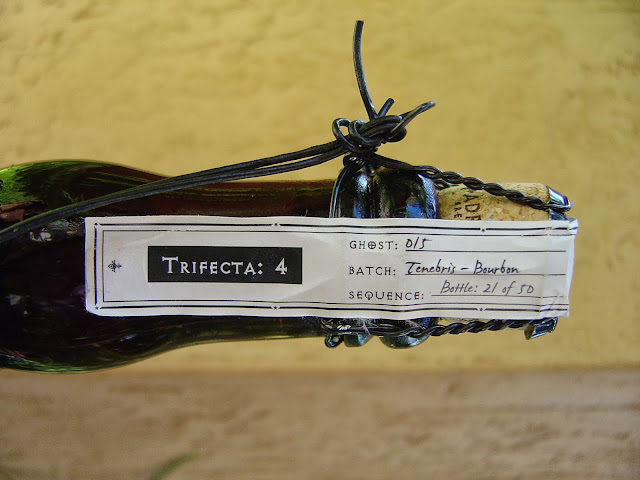 Posted by Beer Drinker Rob at 9:19 AM