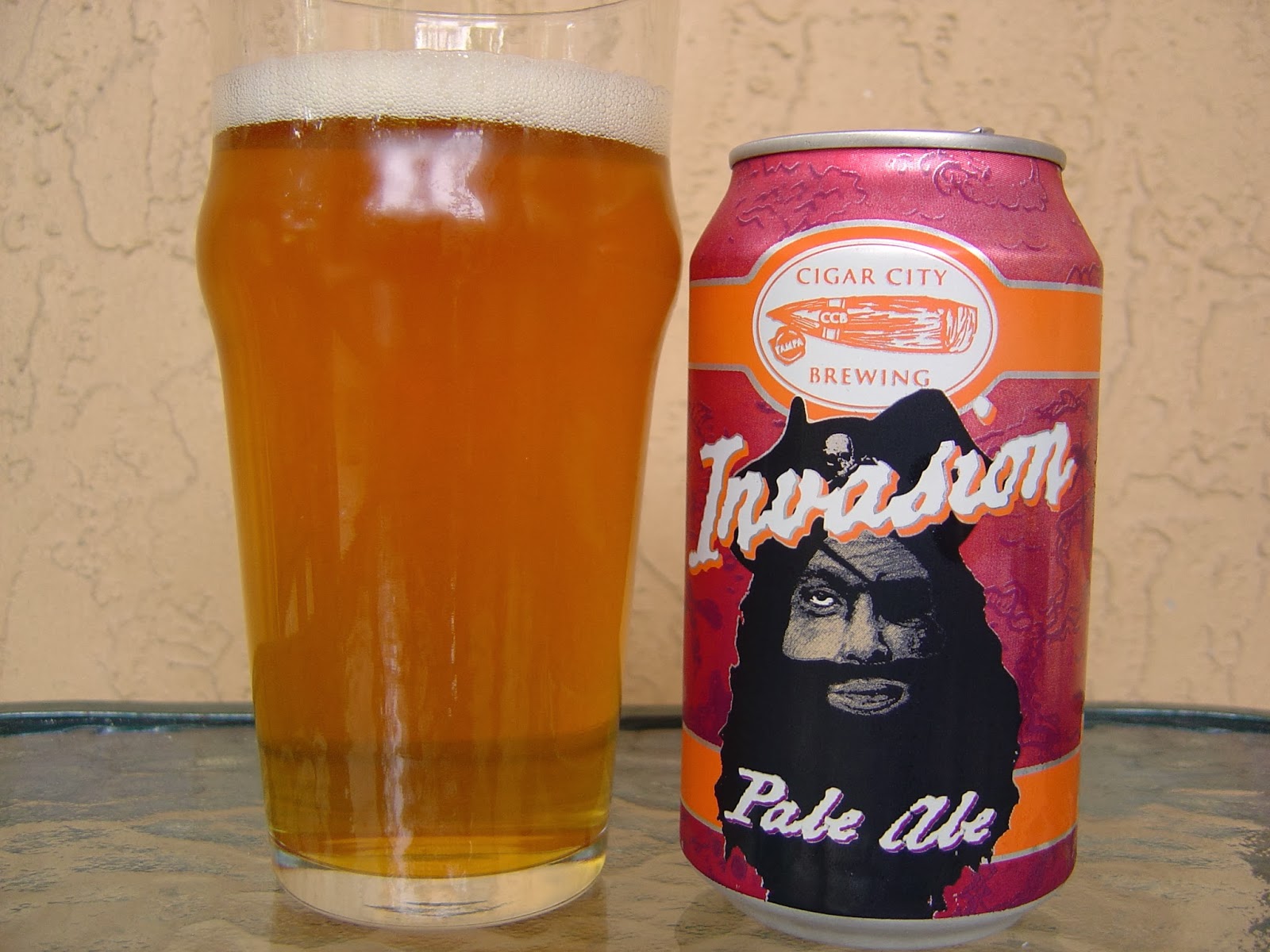 So I saw the dude putting six packs of Cigar City Invasion Pale Ale on the shelf this morning and decided to go for it. The front of the can depicts a scraggly pirate with every stereotypical feature included. The back of the can has a microprint story that explains the pirate. Apparently, Tampa Bay is still annually victimized by pirates, and the brewery decided that since they can't beat them, they will join them. Thus the brewing of "a tropical session beer brewed for those long days of marauding, pillaging and pirating." Canning date is smeared but appears to be NOV18 2013. 5% alcohol.

Citrus and pine aroma with a faint tropical background. Fruity flavors to start, mostly orange. Light pine bitterness and a doughy component. Additional tropical peach and apricot join in as well. The finish is bitter. Carbonation could be higher, ditto on the body. And though pleasant, the flavors are all pretty weak, too muted. Not bland, but needs to step it up. 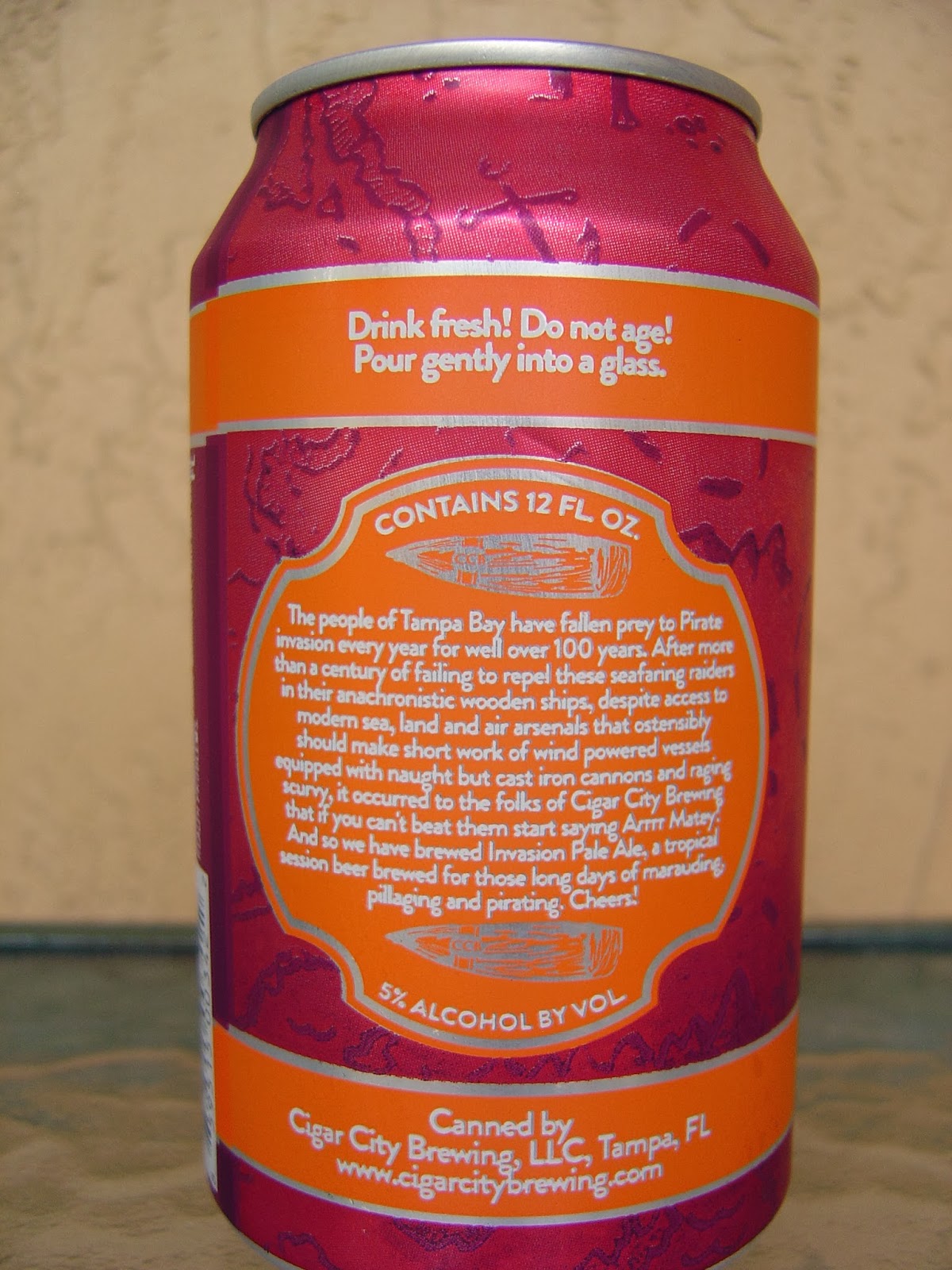 Posted by Beer Drinker Rob at 8:17 AM