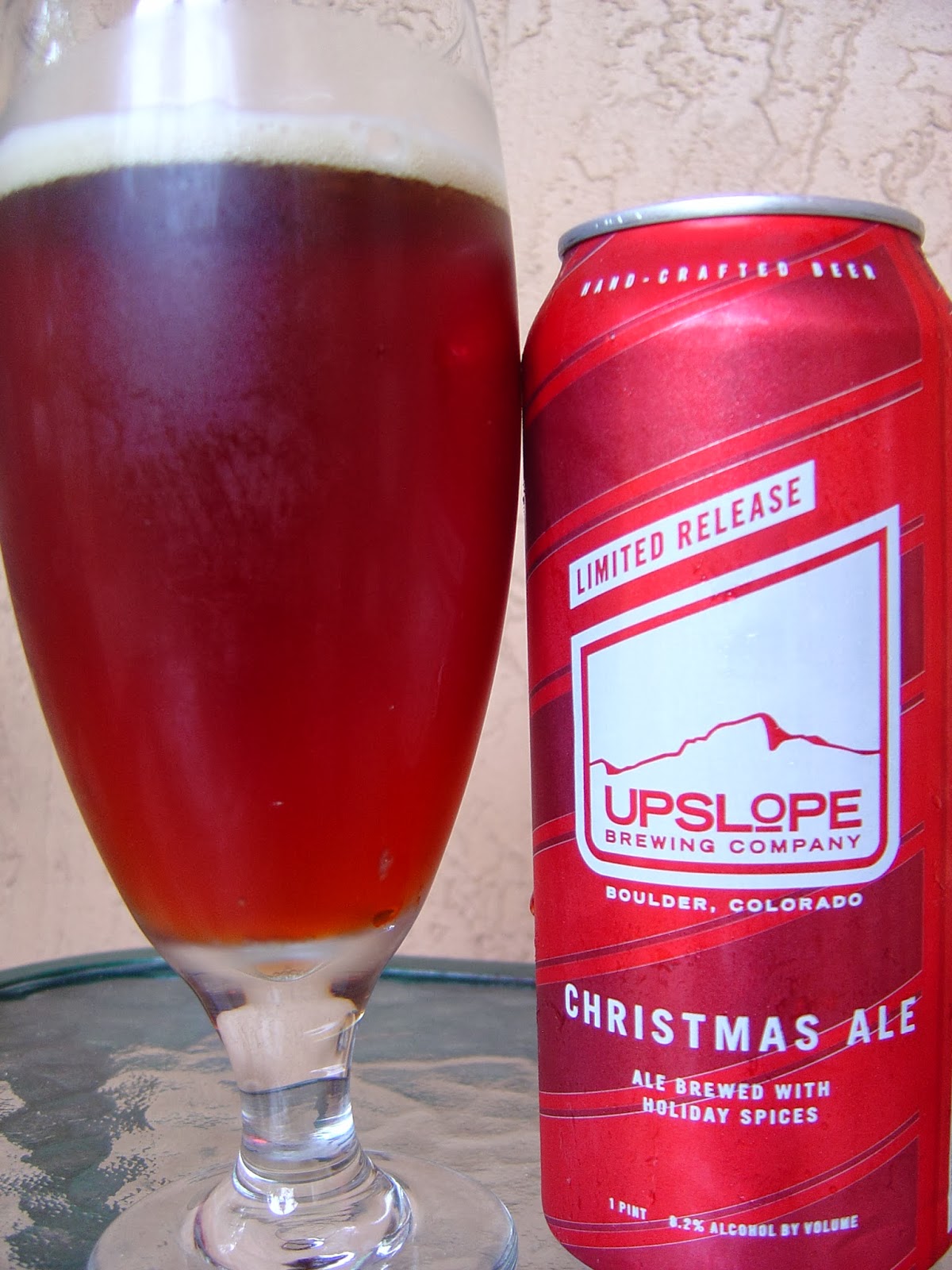 I wasn't a big fan of Upslope Brewing's Imperial IPA back in June, but that didn't stop them from sending me their Christmas Ale. This beer is packaged in a 16 ounce can dressed up to look like a candy cane. Nice design. Ingredients include Snowmelt, Malt, Hops, Abbey Ale Yeast, and Holiday Spices. 8.2% alcohol.

Cinnamon, cloves, brown sugar and a little plum for an aroma. Ridiculously sweet caramel almost put a halt on this beer from the first sip. Luckily, the alcohol came in and knocked it down a little, though not being disguised at all itself was already a second fault of this beer. And we didn't even get to the way overdone clove and ginger and nutmeg gang stepping in. Ugh.

Flat cola, prunes and plums, and a little bubblegum round out a beer that is pretty much all over the place. Texture is yeasty. Weird and alcoholic. That's it. I didn't like it at all.
Posted by Beer Drinker Rob at 8:50 AM