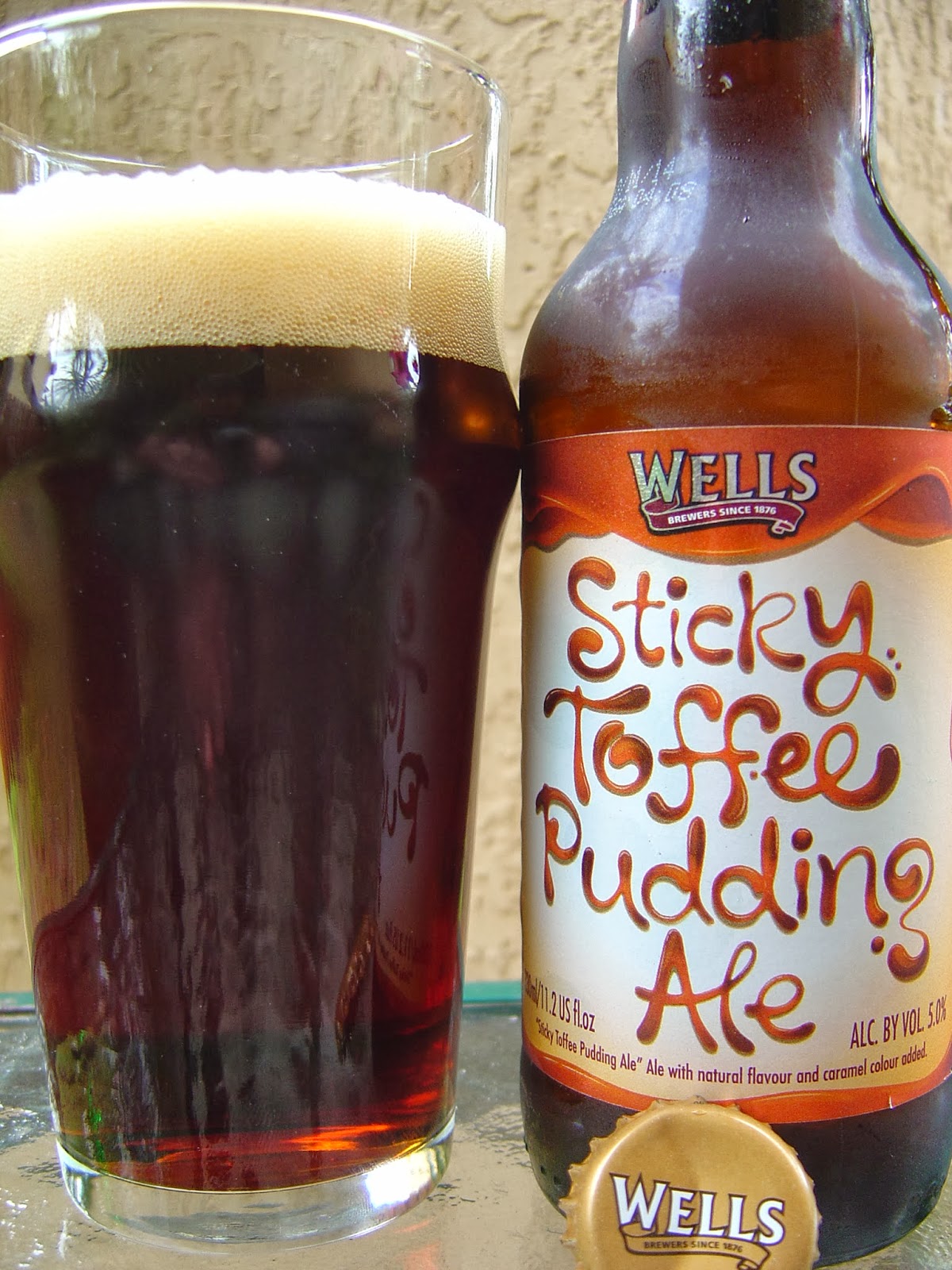 A few days ago I turned around in the beer aisle to discover that the other wall had beers from all over the world. Wells Sticky Toffee Pudding Ale caught my attention, in part because of the name, in part because it was next to their Banana Bread Beer which I had checked out a few years back. So yes, basically I bought this because of its name, because if you read back, you'll see I was no fan of its brother. 330 mL bottle, 5.0% alcohol, best by 12/11/14.

Aroma full of sweet butterscotch and toffee. Second whiffs reveal tapioca and buttery pound cake. Very pleasant to smell! The flavors are NOT SWEET in the slightest. Toffee and cake come first and there are some hazelnut flavors that bob in and out. But the finish has a lingering metallic aftertaste that is fairly unenjoyable.

The label promises this beer is "full of rich sticky toffee-ness" which is about the biggest lie I heard all day. The label carries the farce further by decorating the name of the beer in lettering that also suggests that the above phrase would be carried out. Instead, you get a thin, watery, under-carbonated, almost flat toffee flavored beer.

I should have known better after the Banana Bread incident. And it serves me right too. This beer was imported by a marketing company in Texas, LOL. Catchy name, good marketing, suckers? Yeah, a lot of people will buy this one time! Some of you will buy this even after you just read this review! Human nature. But trust me...
Posted by Beer Drinker Rob at 9:28 AM

I think you may have gotten a bad batch! Maybe try one.from a diffrent location.i have been drinking this beer for the past 3 years and love it on the occasion.