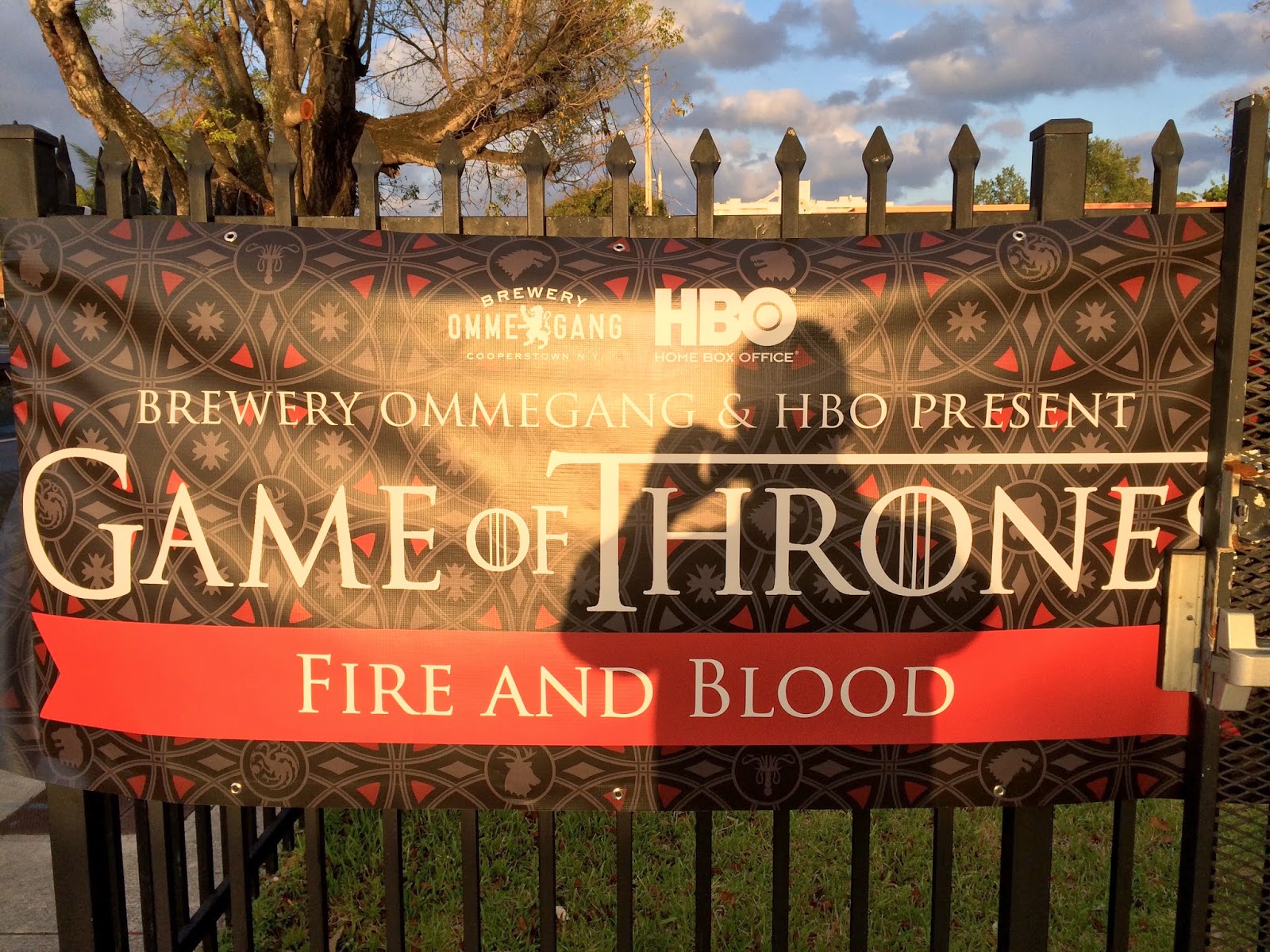 Wynwood twice in two weeks? Yep! Last night I was invited by Ommegang's Market Manager Jessica Suarez to a dinner at R House. The dinner and evening had a theme based on the popular HBO show Game of Thrones, which will begin its fourth season on April 6th. And the brewery created a beer for the occasion, a red ale called Fire and Blood, inspired by the rebirth of character Daenerys Targaryen's three dragons. The beer is packaged in corked and caged wine bottles with labels representing each dragon, too, and will be available for sale on March 31st, just in time to grab a few for the premiere.

Before dinner, a pretty good-sized crowd of maybe a few hundred socialized on the back patio area while getting a first taste of the new beer. The night was a beautiful 70 degrees. Brown Distributing was well represented in the group, and I recognized Adam Fine and Ian Salzberg right away talking to the guests. After that warm up, we sat down for a four-course dinner paired with Ommegang's lineup of beers. 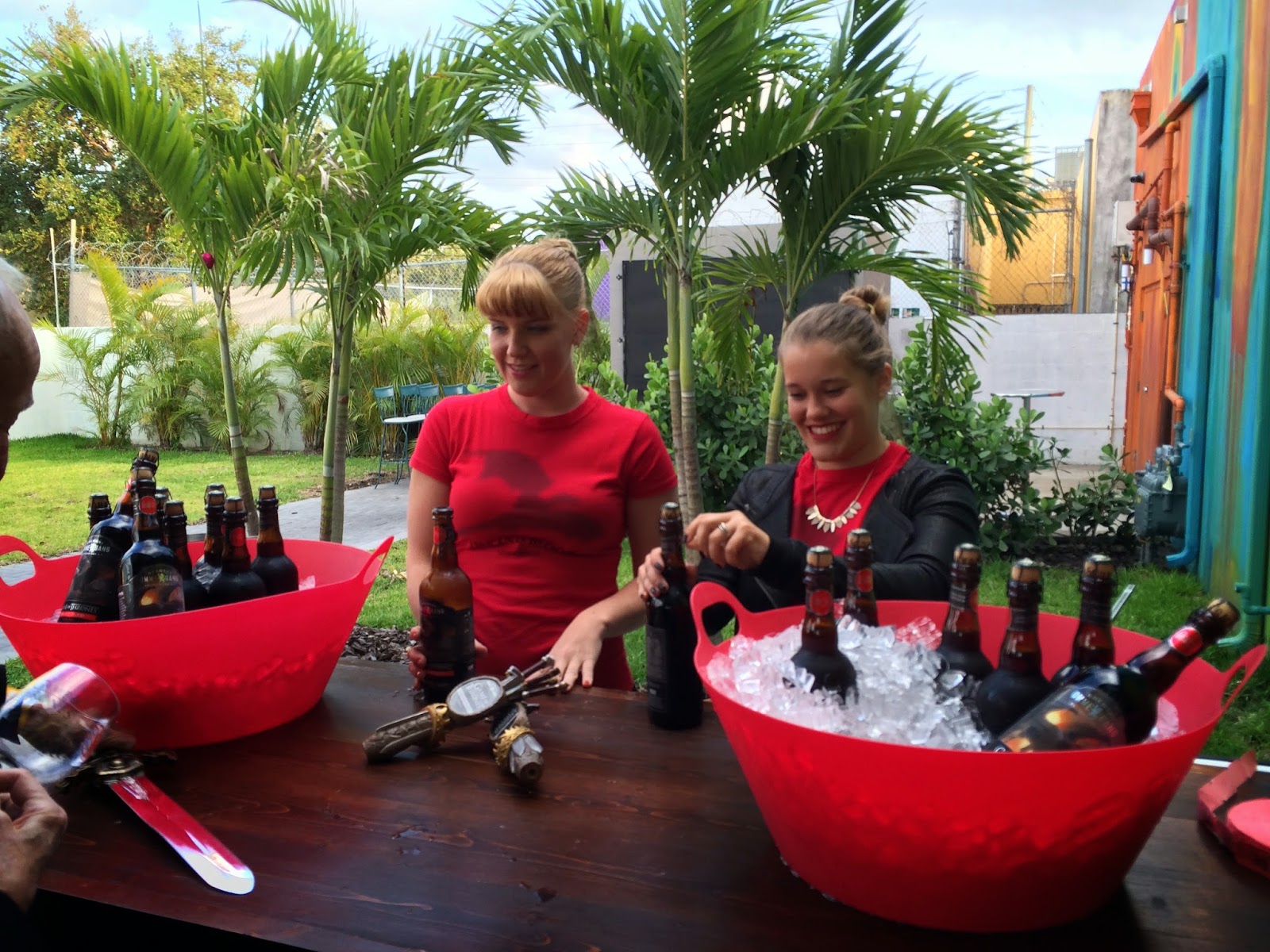 The restaurant was beautiful inside. Great layout, spacious, comfortable, decorated with very cool artwork by Dietmar Brixy that was actually for sale. The bar was long and inviting, and of course there were many taps that were taken over by Ommegang for the event. The menu was laid out in front of each guest, and though I already knew what we were having, seeing it presented there again upped my anticipation.

I sat at a table with host Jessica, though I was directly next to South Florida Sales Representative John Oteri and across from superstar writer for Broward/Palm Beach New Times Doug Fairall! We had a really nice group of people at our table, especially the part about being Eagles and Phillies fans pretty much all around! 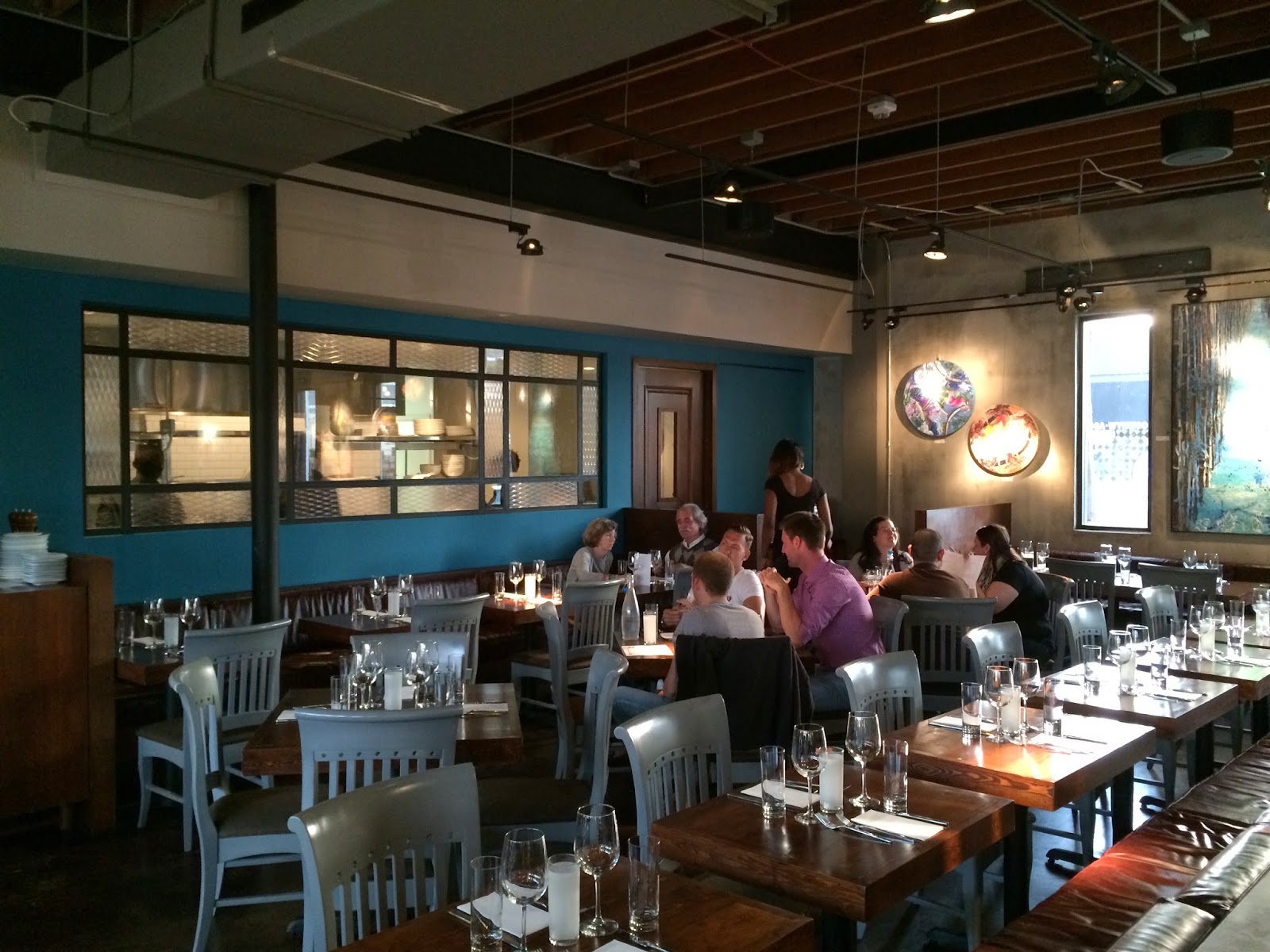 John provided some insight about the Fire and Blood beer as well as the Ommegang beers in general. Not being an avid follower of the show (yet), my natural first question was about how the brewery got involved with this project in the first place. John said the initial conversations were a bit serendipitous, but when HBO and Ommegang started to discuss doing something interesting to promote both brands, it started making more and more sense. Two New York companies, two premium brands that meshed very well together, and a willingness to be creative from two different and fun perspectives.

That was three beers ago! Game of Thrones already has a blonde ale and black stout brewed after specific themes in the series. Fire and Blood is a bit more complex than the first two. Between the rye, ancho chilies, licorice root and star anise, there's a lot going on in this beer. From my first taste, I liked how the sweet malty base played with the spicy chili, rye and hoppy character. Jessica made sure I had a bottle to ponder in more depth as I left for the evening, too. 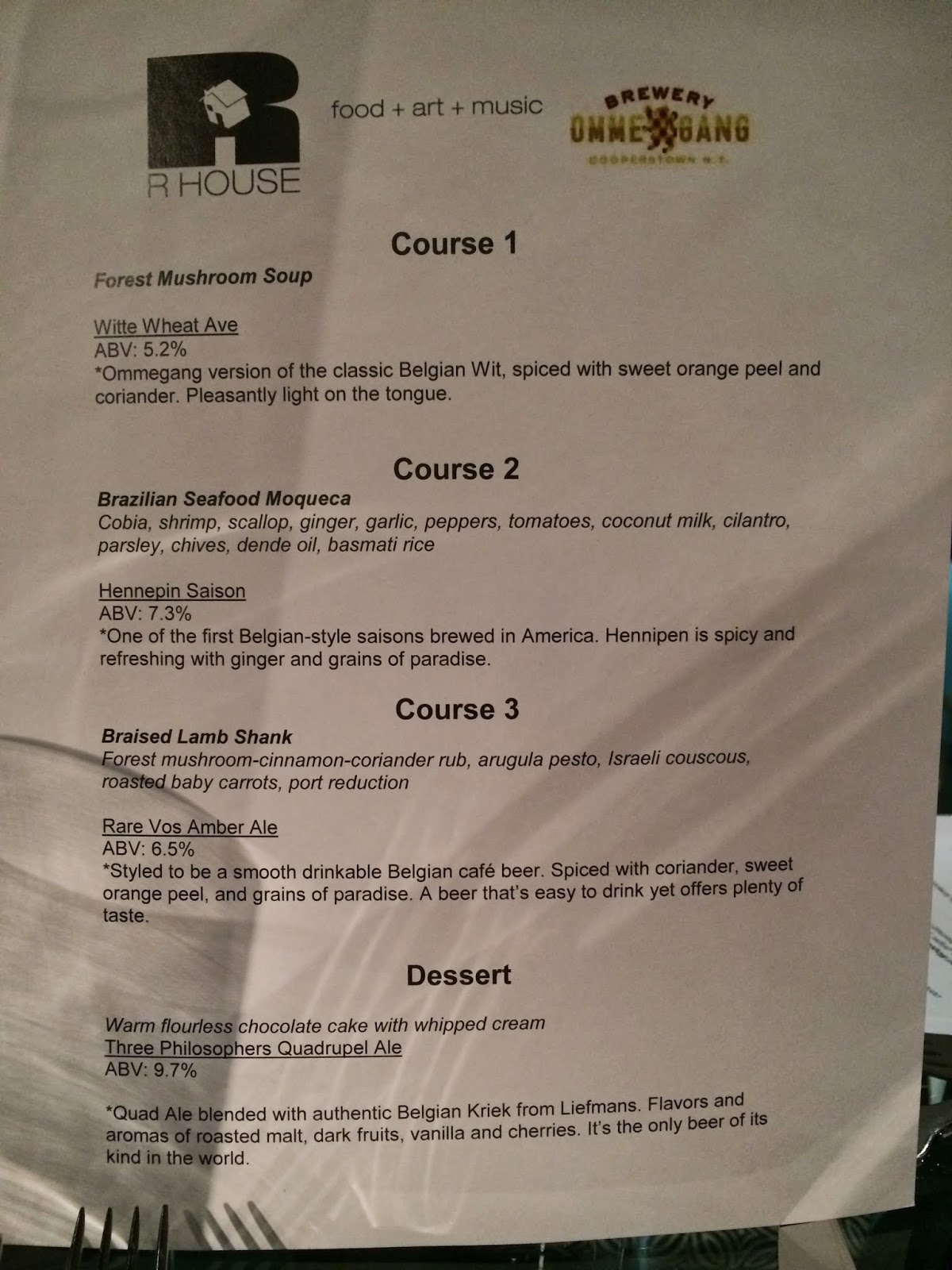 Now let me tell you about this dinner! Forest Mushroom Soup with Ommegang Witte. Brazilian Seafood Moqueca with Hennepin. Braised Lamb Shank with Israeli couscous, arugula pesto, roasted baby carrots, port reduction with Rare Vos. Chocolate cake with Three Philosophers Quadrupel. I cleaned up every dish and every beer and tussled with the servers for a little more beer! Though the entire meal was fabulous, highlights for me included the Lamb Shank and of course all-time favorite Three Philosophers! Unbelievably, dinner was spaced over more than two hours, but we were all enjoying ourselves so much, the night flew by.

By the next Game of Thrones inspired beer launch, I am now resolving to do my best to be caught up with the series. Until then, grab yourself a bottle of Fire and Blood and kick back to enjoy season 4 on April 6th. Thank you for a very nice evening of great food and beer and conversation. 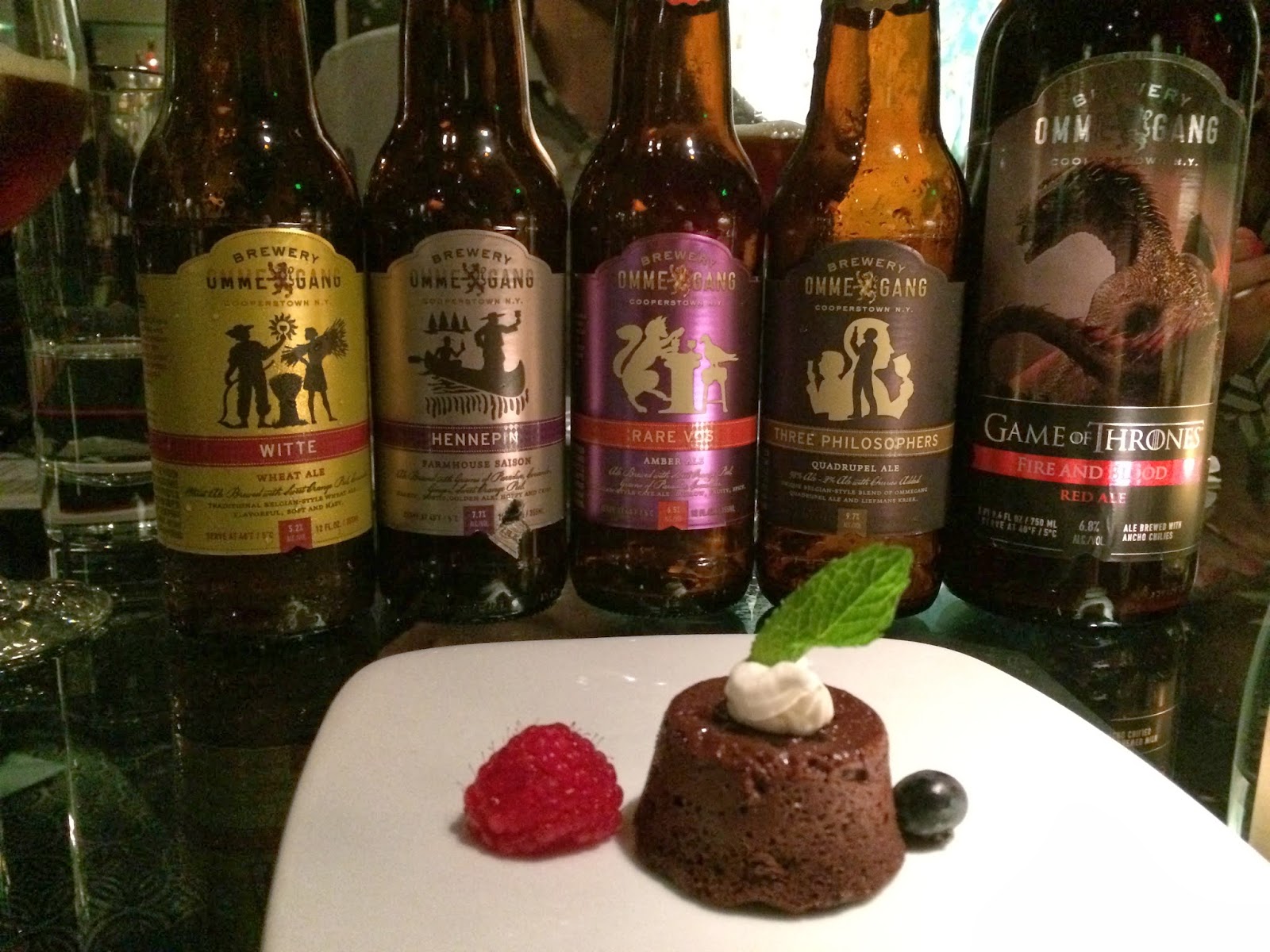 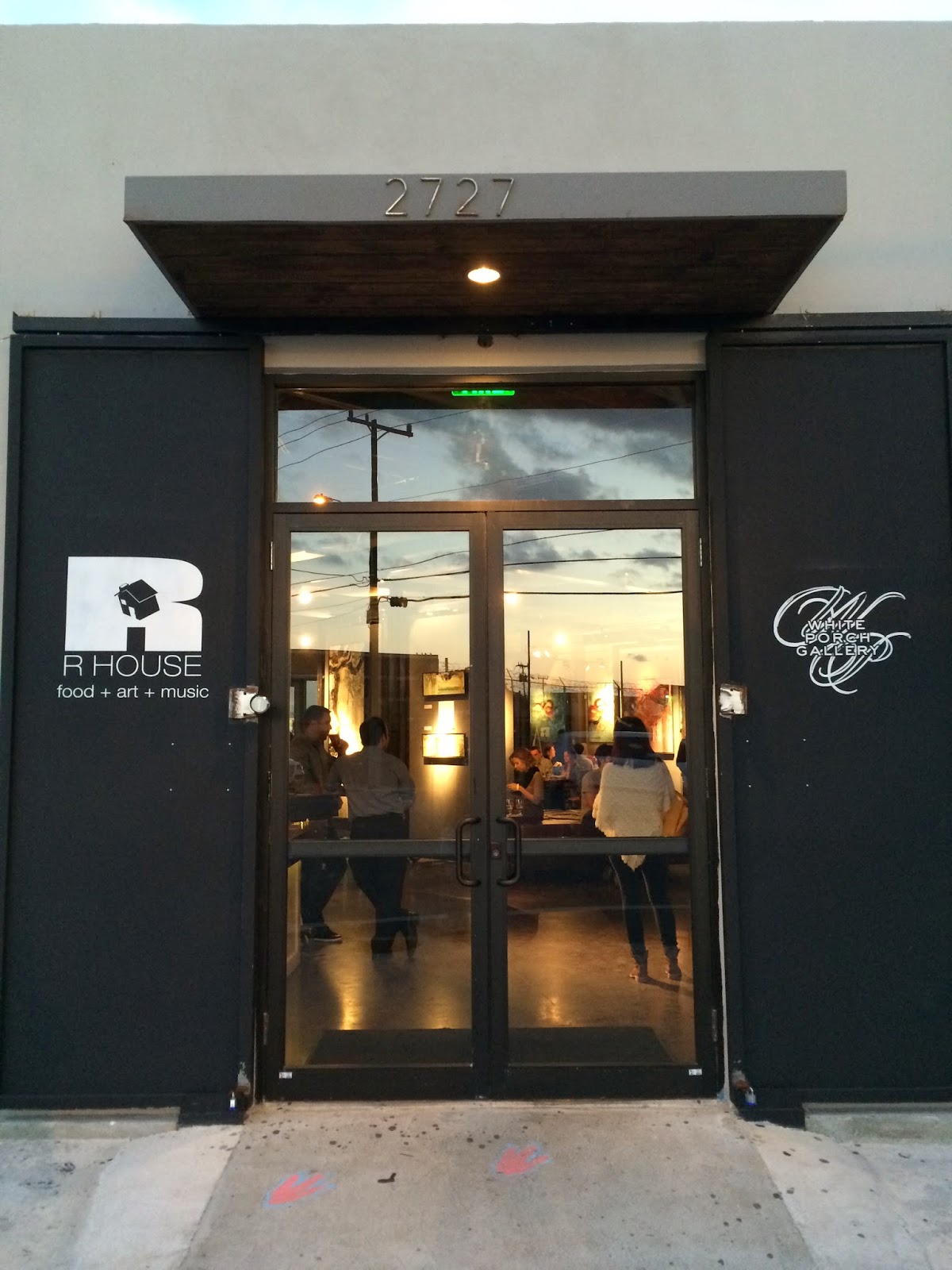 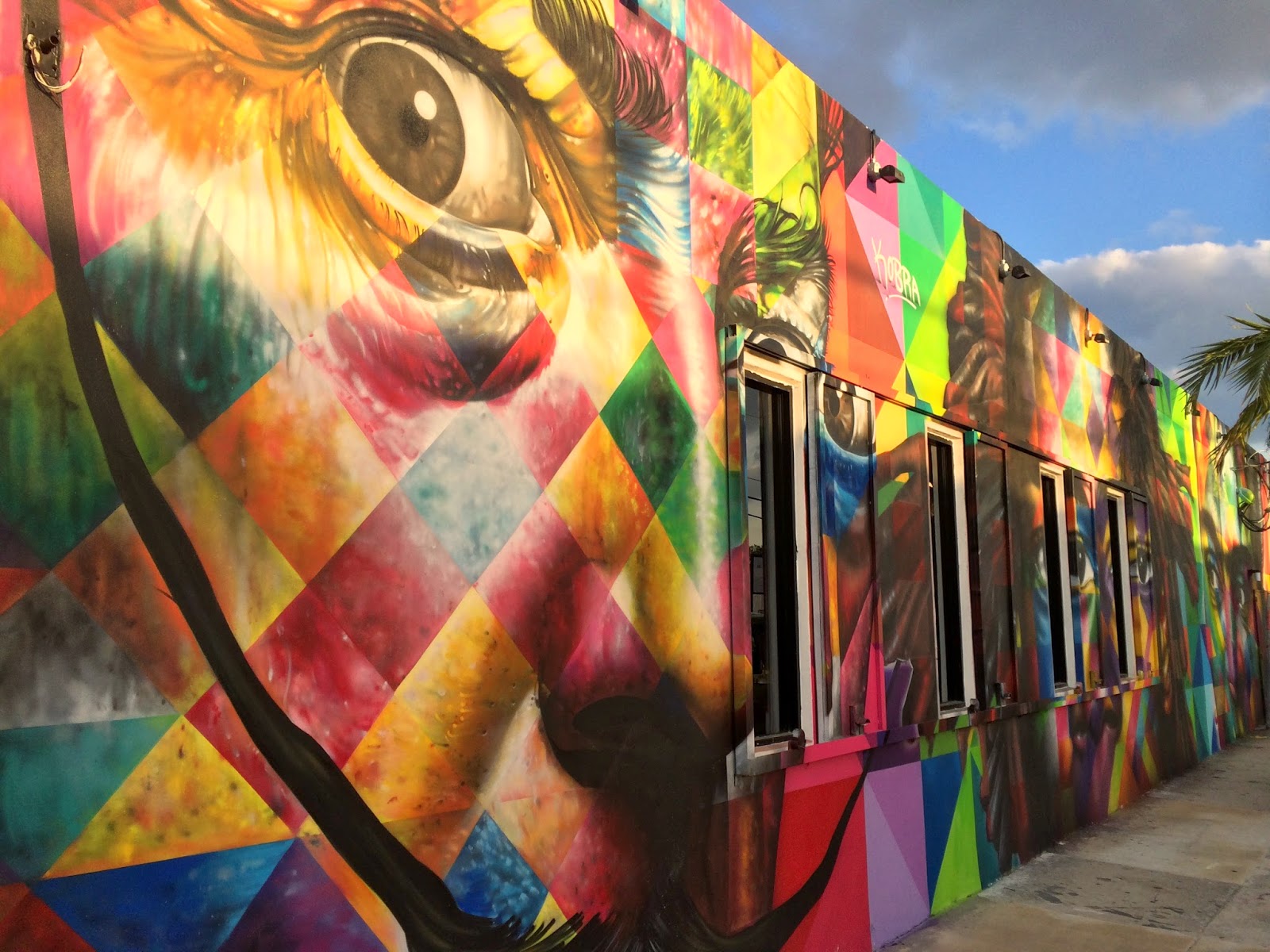 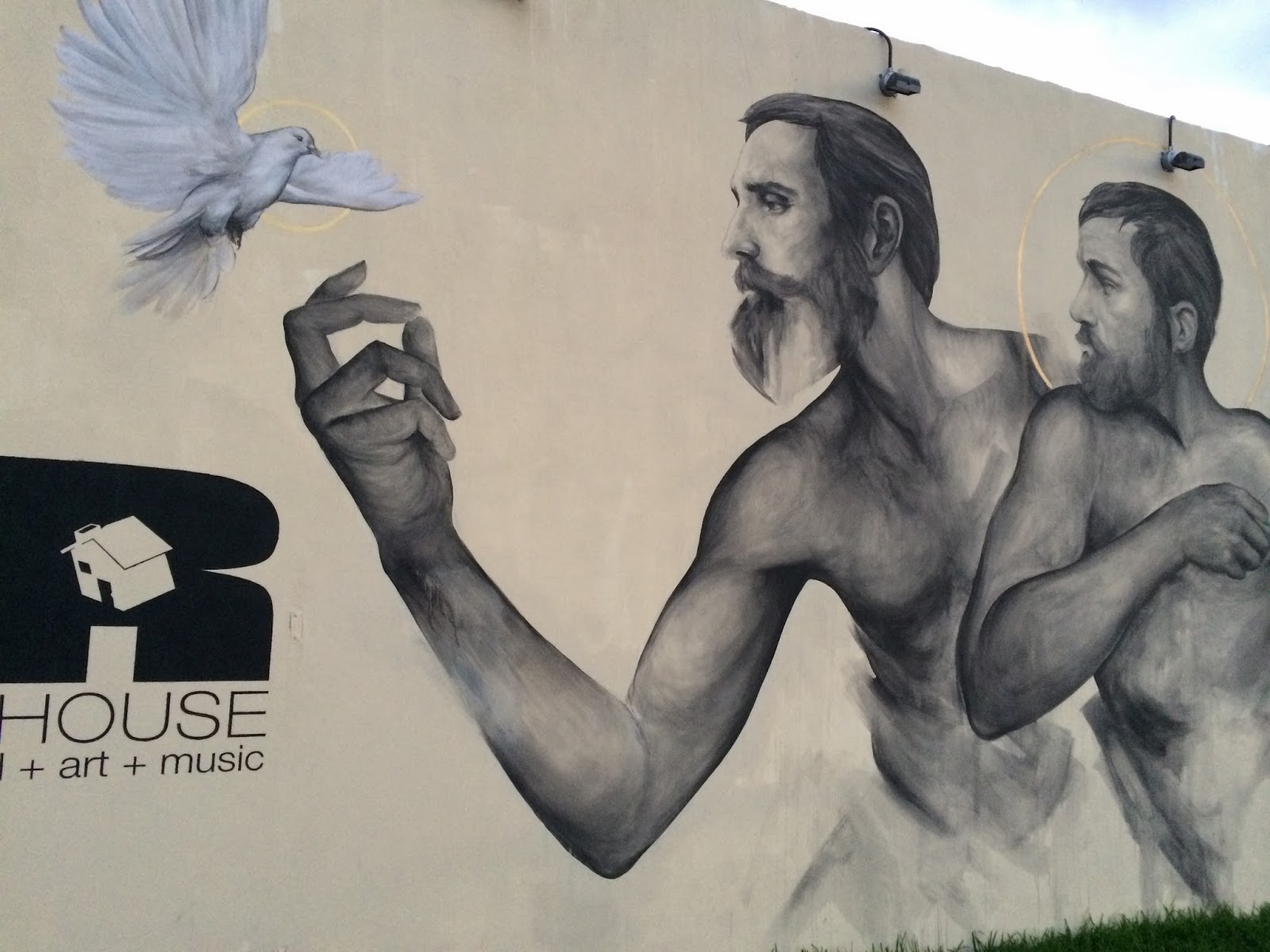 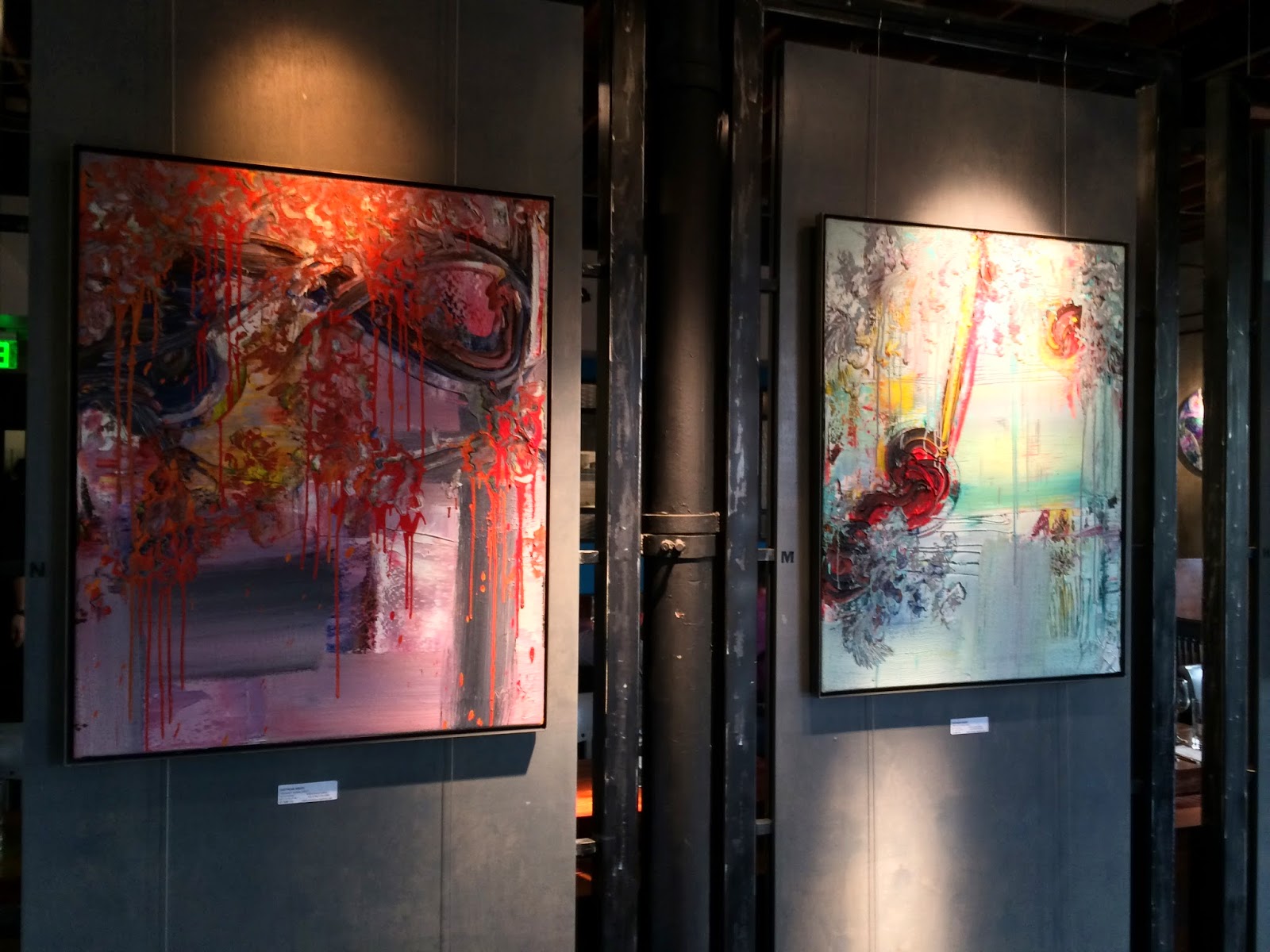 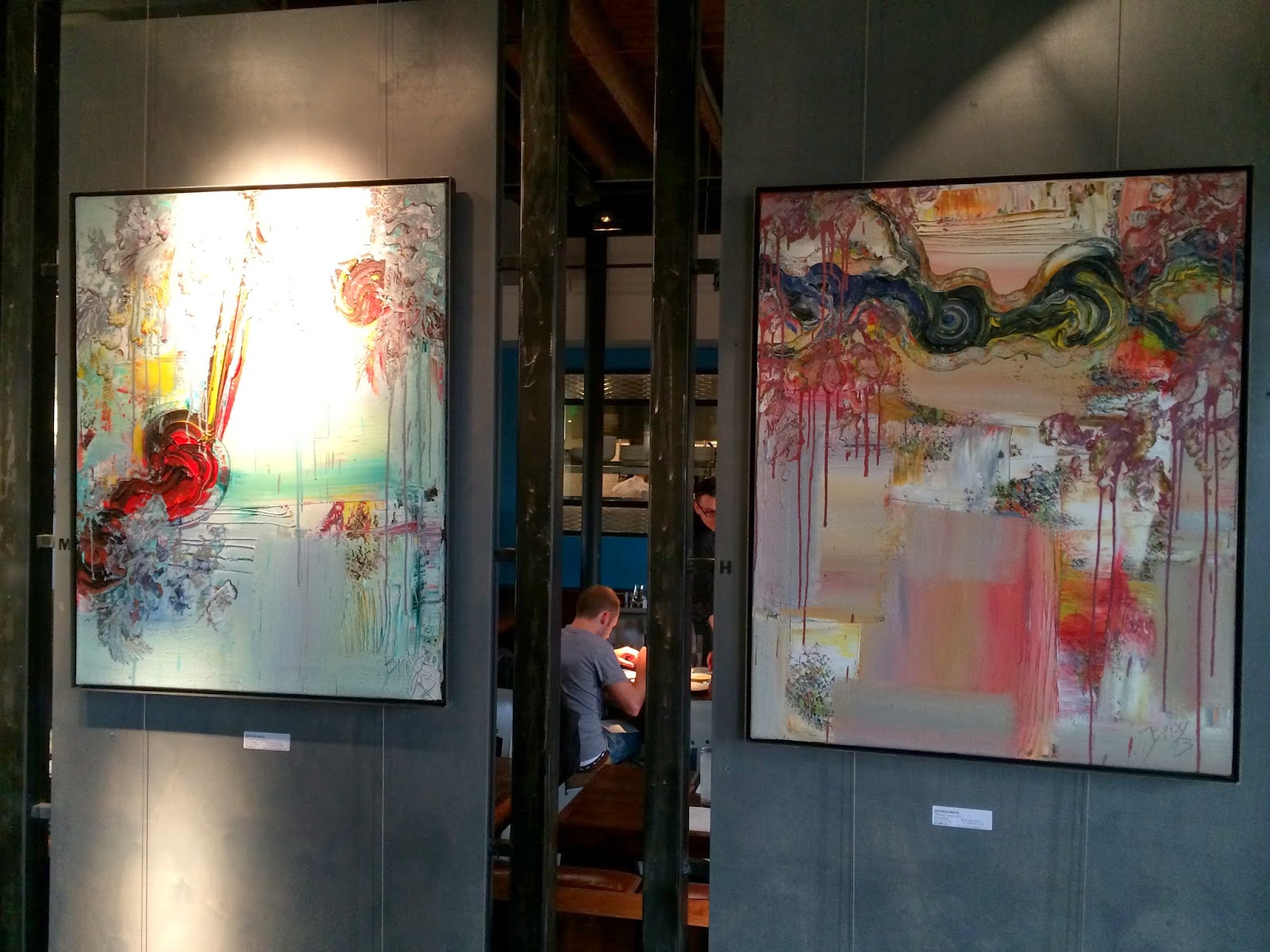 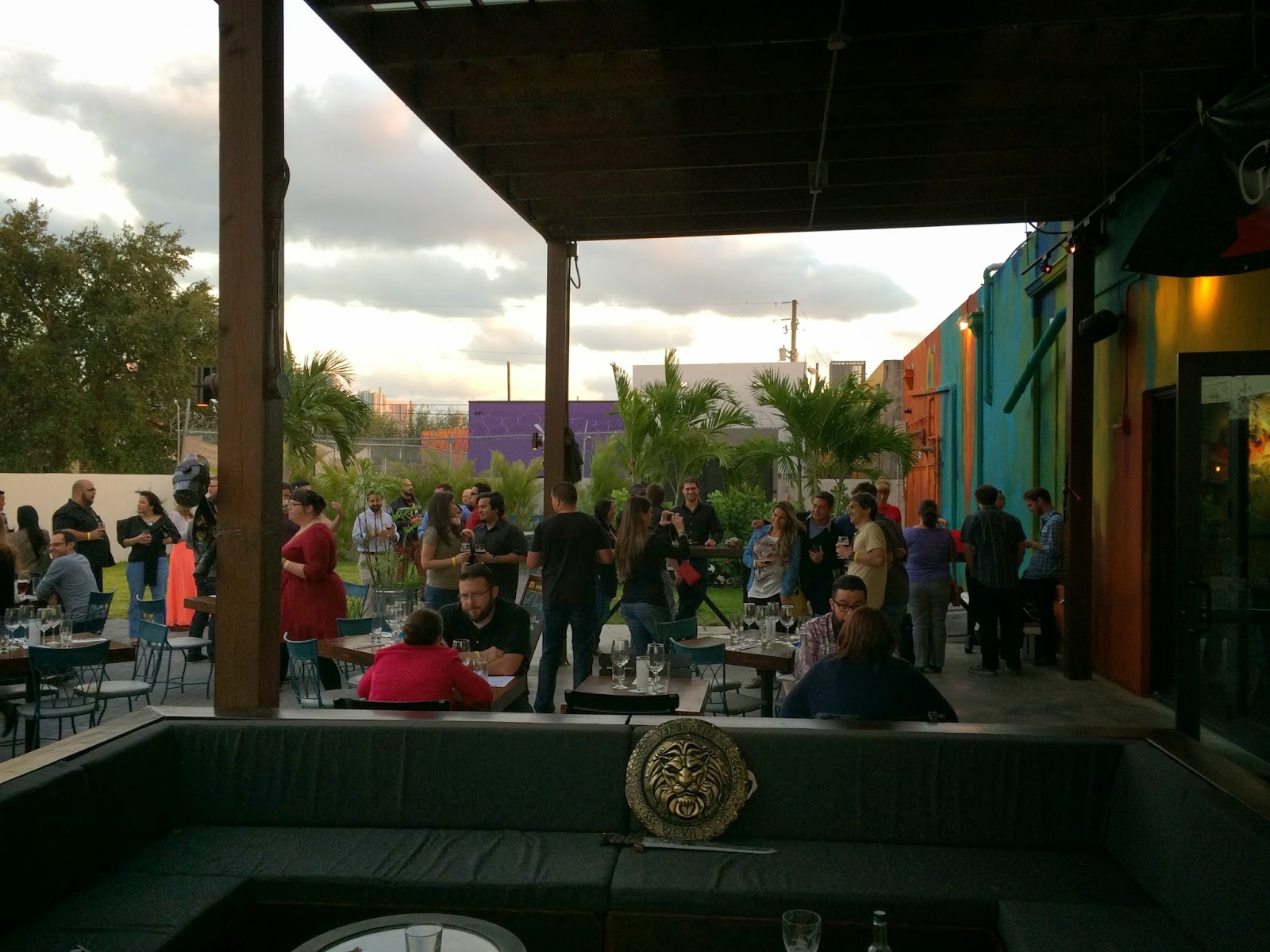 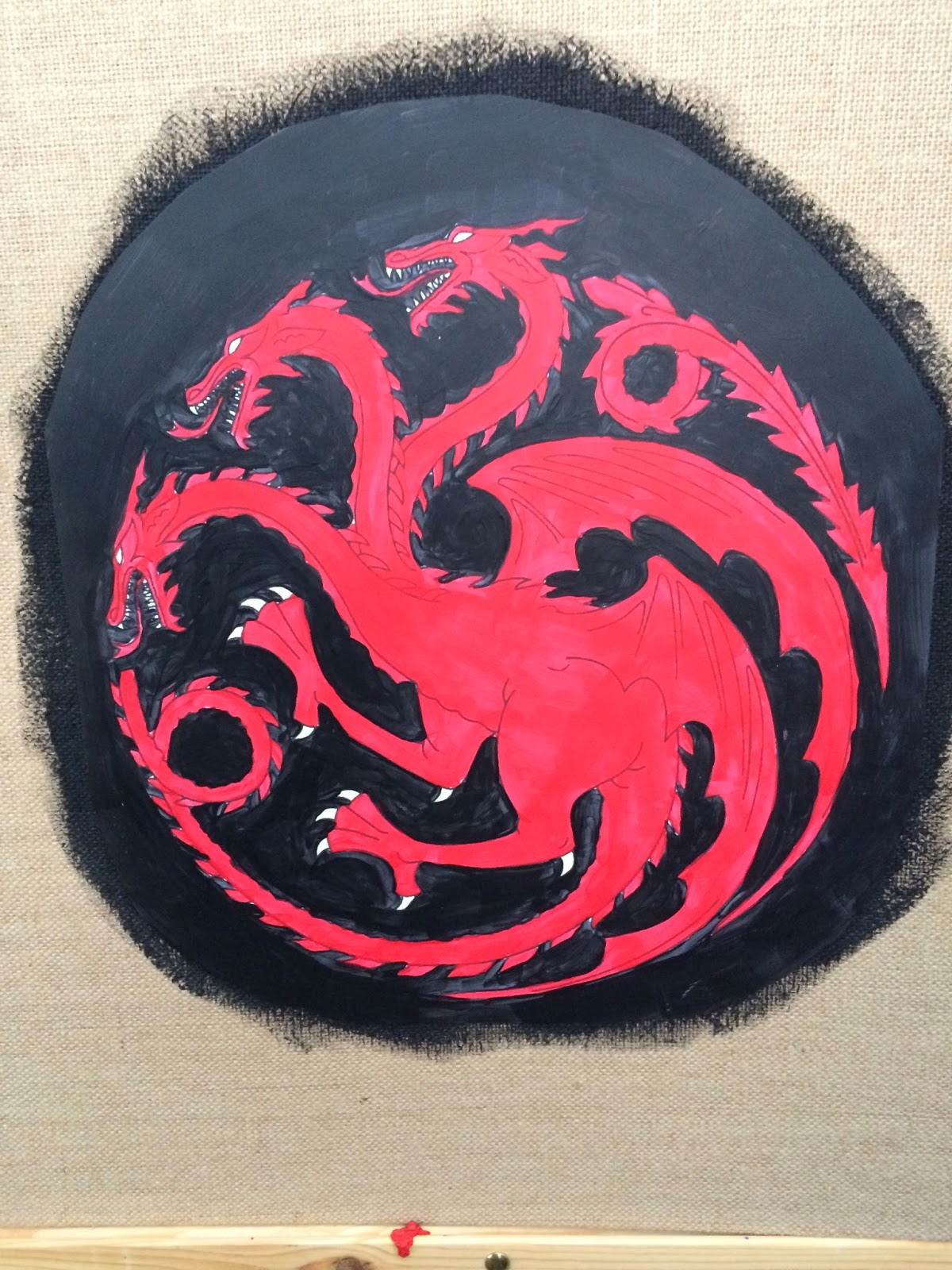 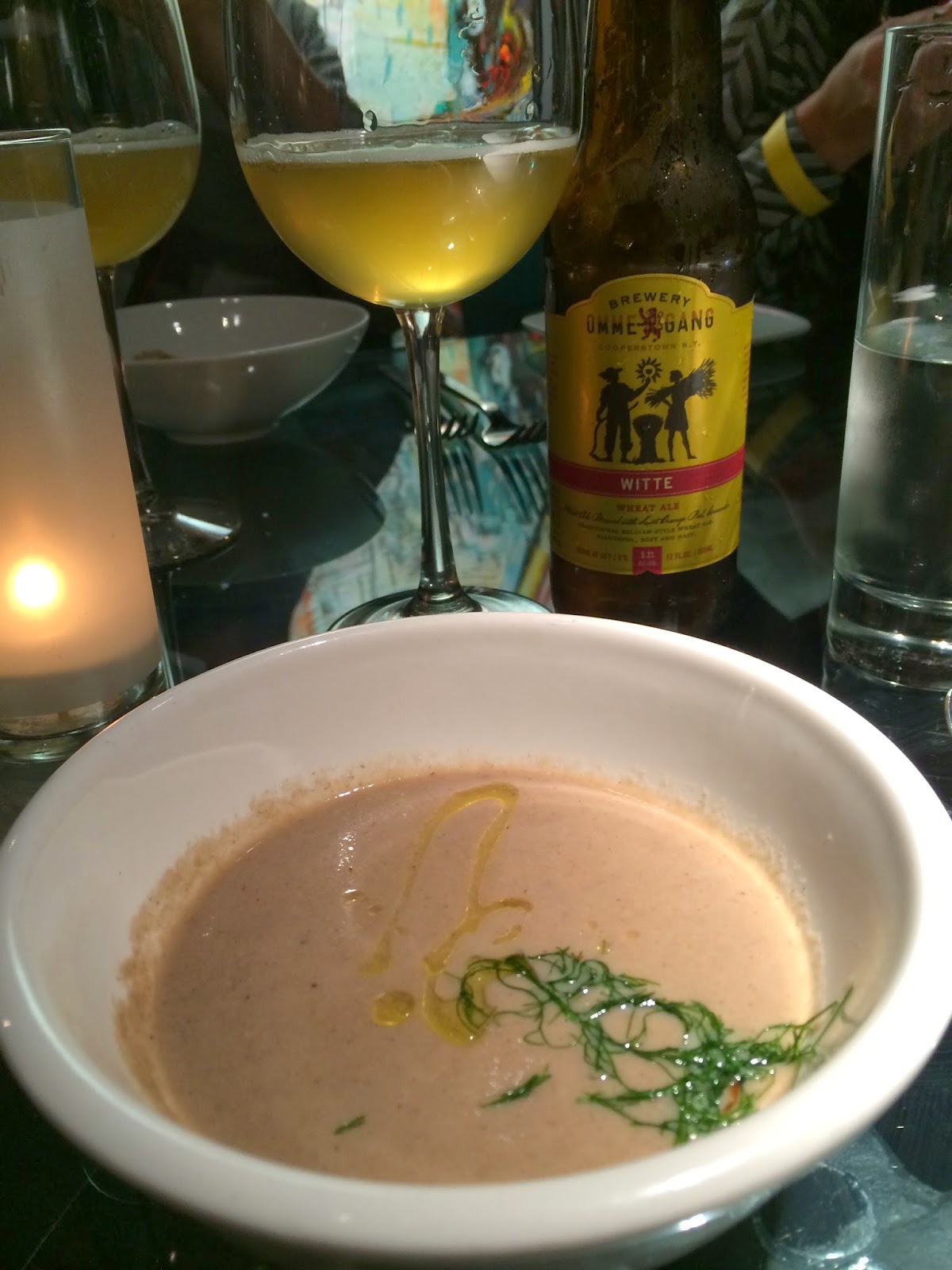 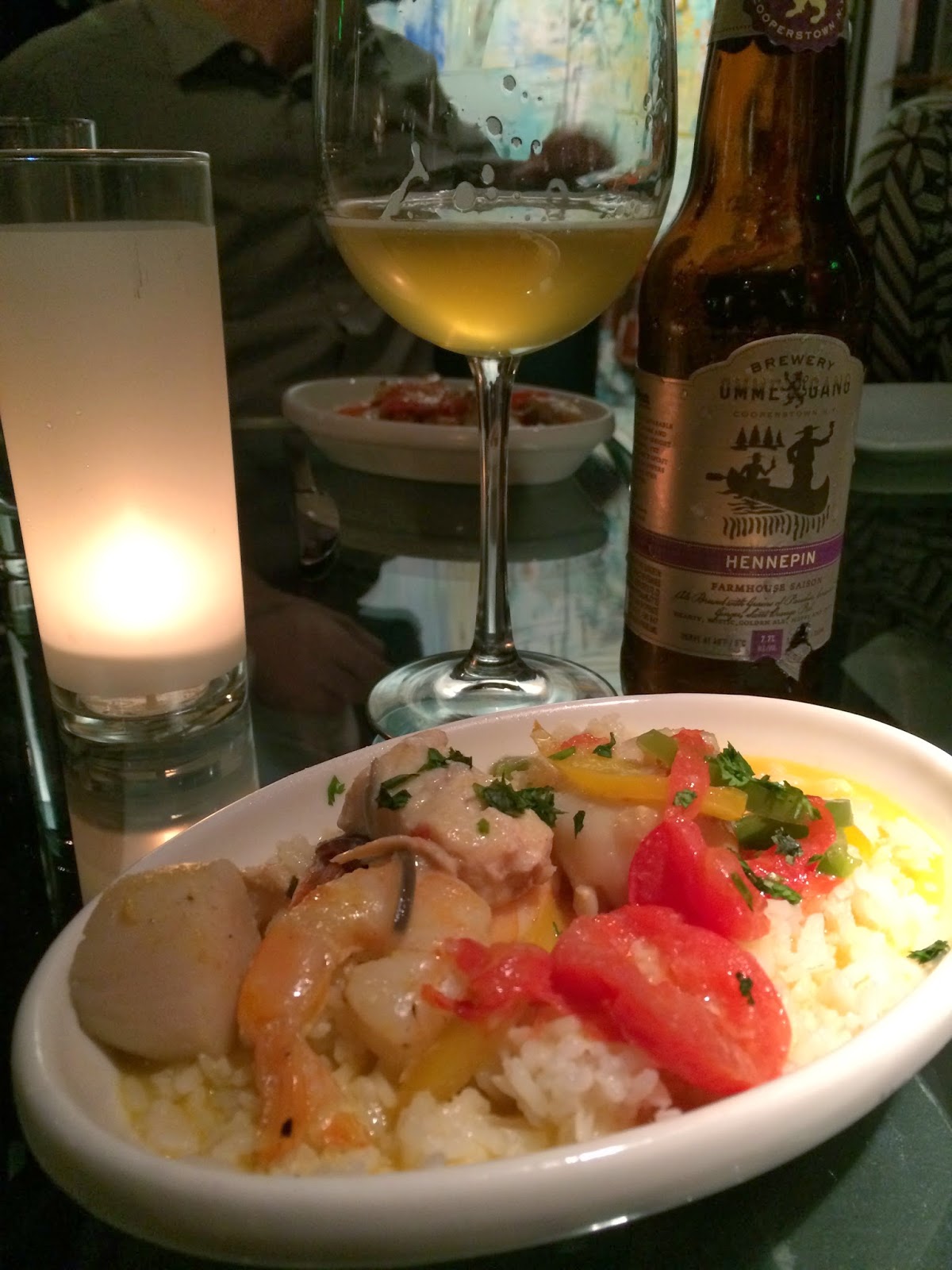 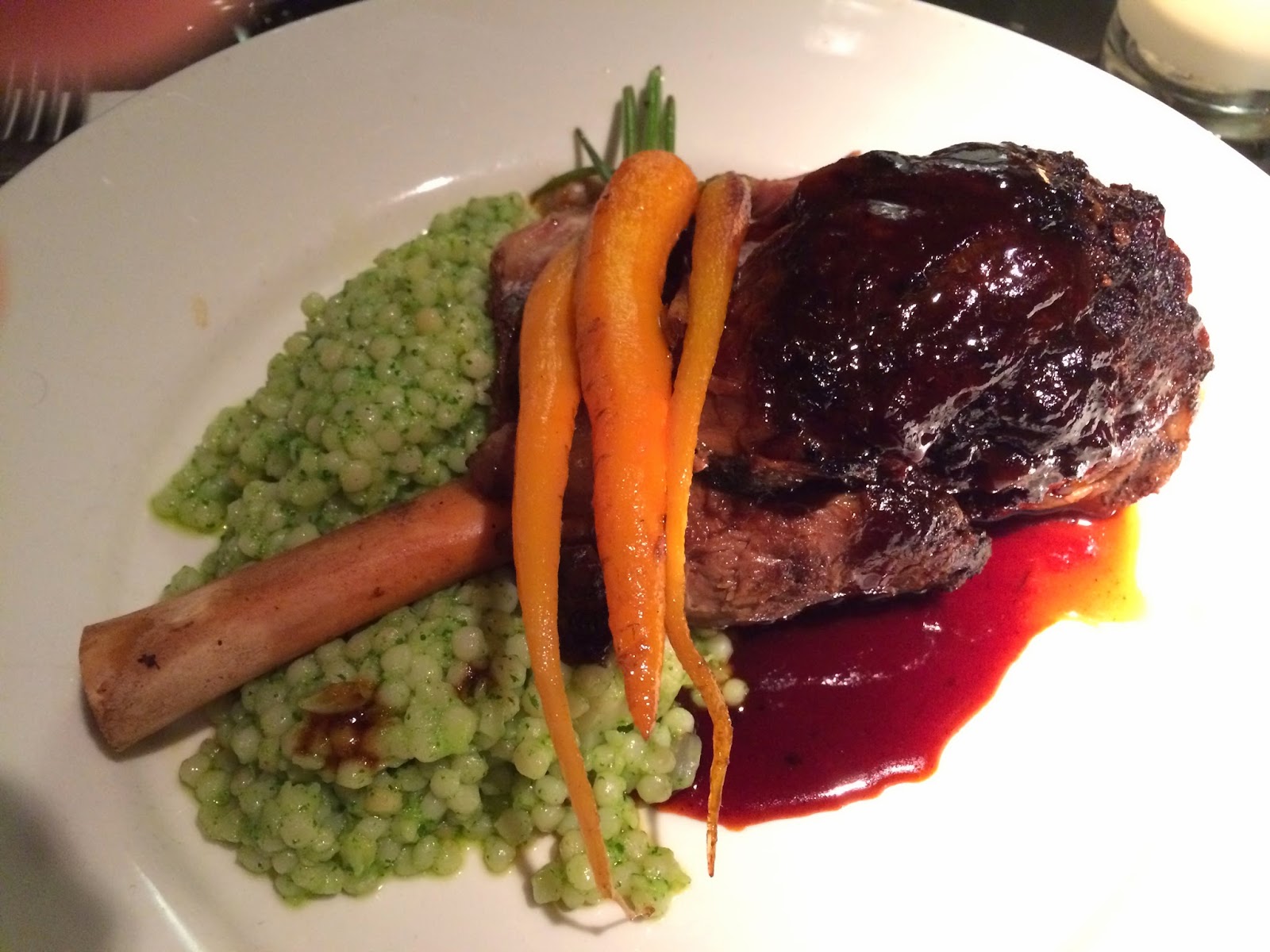 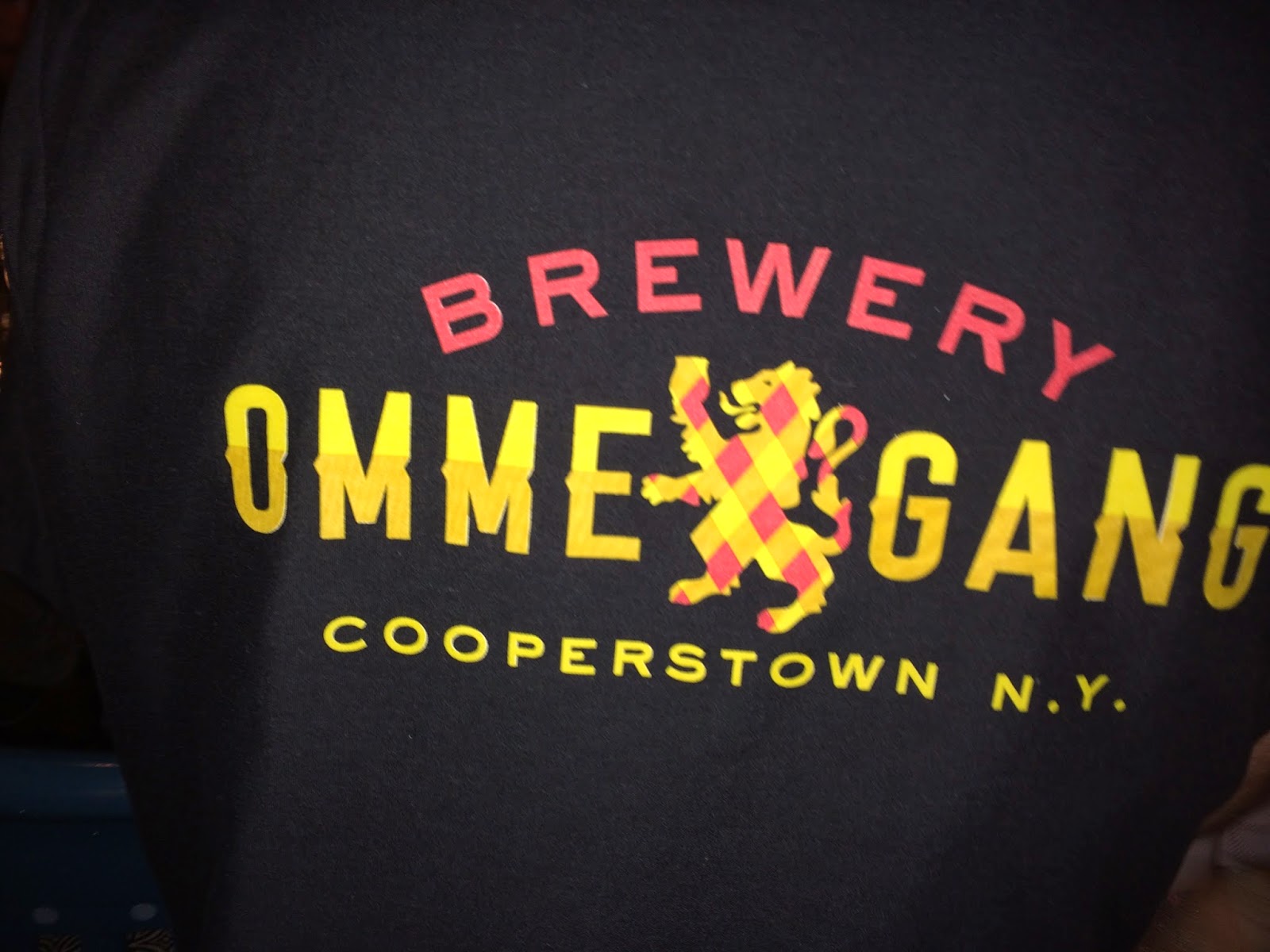